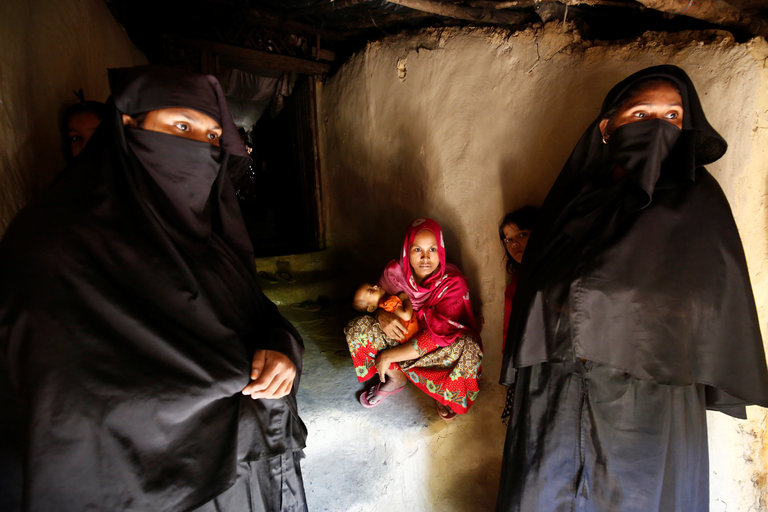 Hopes that Ms. Aung San Suu Kyi would bring an end to the brutal repression of the Rohingya, a Muslim minority, lie dashed by a military campaign against the Rohingya in Rakhine State that began after an attack on a police station on Oct. 9. Since then, some 34,000 people have fled over the border to Bangladesh amid allegations of murder and rape by military forces, and satellite images of burned villages. At least 86 people have been killed.

Yet, a commission appointed by Ms. Aung San Suu Kyi concluded last week that “there were no cases of genocide and religious persecution in the region.” Human rights groups rightly accuse the commission of a whitewash. In an effort to muzzle reporting, Myanmar’s government has barred independent journalists from the region, and dismissed reports of abuses as “fake news” and “fake rape.”

After a disturbing video of police brutally beating Rohingya villagers in November surfaced in late December, the government said “legal action was being taken.” But, as Assistant Secretary of State Tom Malinowski observed, the video suggests such abuses are “normal and allowed.”

Meanwhile, the International Crisis Group reports a new militant Rohingya organization with ties to individuals in Saudi Arabia and Pakistan was behind an Oct. 9 attack. The group warns that failure by Myanmar to address longstanding grievances by the Rohingya and the indiscriminate military crackdown in Rakhine State risk “generating a spiral of violence.” This is the last thing Myanmar needs.

Last April, the European Union renewed remaining sanctions on Myanmar on “arms and goods that might be used for internal repression” for one year. The union should renew those sanctions if the government of Ms. Aung San Suu Kyi fails to end abuses against the Rohingya. That failure would also warrant new sanctions from the United States.

A version of this editorial appears in print on January 11, 2017, on Page A10 of the New York edition with the headline: Myanmar’s Shameful Denial.