Plants Can See, Hear and Smell – And Respond

Plants perceive the world without eyes, ears or brains. Understanding how can teach us a lot about them, and potentially a lot about us as well.

This is not a misunderstanding of basic biology. Schultz is a professor in the Division of Plant Sciences at the University of Missouri in Columbia, and has spent four decades investigating the interactions between plants and insects. He knows his stuff.

Instead, he is making a point about common perceptions of our leafy cousins, which he feels are too often dismissed as part of the furniture. Plants fight for territory, seek out food, evade predators and trap prey. They are as alive as any animal, and – like animals – they exhibit behaviour.

“To see this, you just need to make a fast movie of a growing plant – then it will behave like an animal,” enthuses Olivier Hamant, a plant scientist at the University of Lyon, France. Indeed, a time-lapse camera reveals the alien world of plant behaviour in all its glory, as anyone who has seen the famous woodland sequence from David Attenborough’s Life series can attest.

These plants are moving with purpose, which means they must be aware of what is going on around them. “To respond correctly, plants also need sophisticated sensing devices tuned to varying conditions,” says Schultz.

So what is plant sense? Well, if you believe Daniel Chamovitz of Tel Aviv University in Israel, it is not quite so different from our own as you might expect. 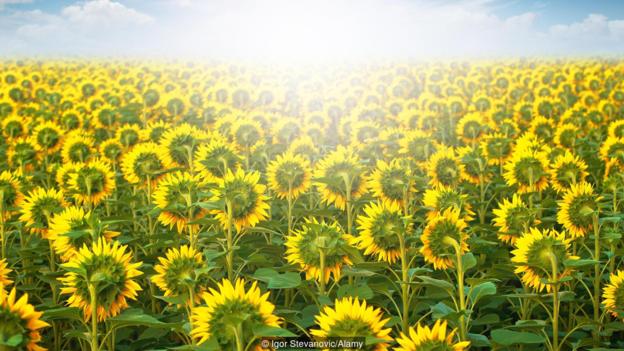 What do these sunflowers “know”? (Credit: Igor Stevanovic/Alamy)

When Chamovitz set out to write his 2012 book What a Plant Knows – in which he explores how plants experience the world by way of the most rigorous and up-to-date scientific research – he did so with some trepidation.

“I was incredibly wary about what the response would be,” he says.

A Beethoven symphony is of little consequence to a plant, but the approach of a hungry caterpillar is another story

His worry was not unfounded. The descriptions in his book of plants seeing, smelling, feeling and, indeed, knowing have echoes of The Secret Life of Plants, a popular book published in 1973 that appealed to a generation raised on flower power, but contained little in the way of facts.

The earlier book’s most enduring claim, perhaps, is the thoroughly discredited idea that plants respond positively to the sound of classical music.

But the study of plant perception has come a long way since the 1970s, and in recent years there has been an uptick of research into plant senses. The motivation for this work has not been simply to demonstrate that “plants have feelings too”, but instead to question why, and indeed how, a plant senses its surroundings.

Enter Heidi Appel and Rex Cocroft, colleagues of Schultz at Missouri who are searching for the truth about plant hearing. 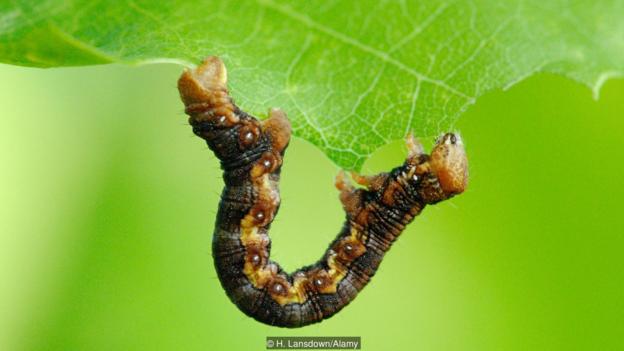 “The main contribution of our work has been to provide a reason for why plants are affected by sound,” says Appel. A Beethoven symphony is of little consequence to a plant, but the approach of a hungry caterpillar is another story.

We have noses and ears, but what does a plant have?

Ecological relevance is key. Consuelo De Moraes of the Swiss Federal Institute of Technology in Zurich, along with collaborators, has shown that as well as being able to hear approaching insects, some plants can either smell them, or else smell volatile signals released by neighbouring plants in response to them.

More ominously, back in 2006 she demonstrated how a parasitic plant known as the dodder vine sniffs out a potential host. The dodder vine then wriggles through the air, before coiling itself around the luckless host and extracting its nutrients.

Conceptually, there is nothing much distinguishing these plants from us. They smell or hear something and then act accordingly, just as we do.

But, of course, there is an important difference. “We don’t really know how similar the mechanisms of odour perception in plants and animals are, because we don’t know much about those mechanisms in plants,” says De Moraes.

We have noses and ears, but what does a plant have? 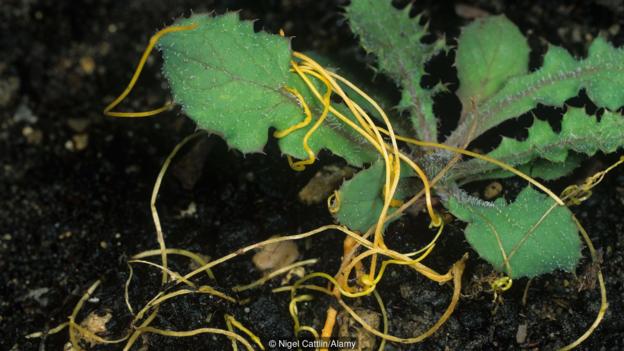 The lack of obvious centres of sensory input makes it harder to understand plant senses. It is not always the case – the photoreceptors that plants use to “see”, for example, are fairly well-studied – but it is certainly an area that merits further investigation.

For their part, Appel and Cocroft are hoping to track down the part or parts of a plant that respond to sound.

Likely candidates are mechanoreceptor proteins found in all plant cells. These convert micro-deformations of the kind that sound waves can generate as they wash over an object into electrical or chemical signals.

They are testing to see whether plants with defective mechanoreceptors can still respond to insect noise. For a plant, it seems, there may be no need for something as cumbersome as an ear.

Another ability we share with plants is proprioception: the “sixth sense” that enables (some of) us to touch type, juggle, and generally know where various bits of our body are in space.

Because this is a sense that is not intrinsically tied with one organ in animals, but rather relies on a feedback loop between mechanoreceptors in muscles and the brain, the comparison with plants is neater. While the molecular details are a little different, plants also have mechanoreceptors that detect changes in their surroundings and respond accordingly.

“The overarching idea is the same,” says Hamant, who co-authored a 2016 review of proprioception research. “So far, what we know is that in plants it is more to do with microtubules [structural components of the cell], responding to stretch and mechanical deformation.” 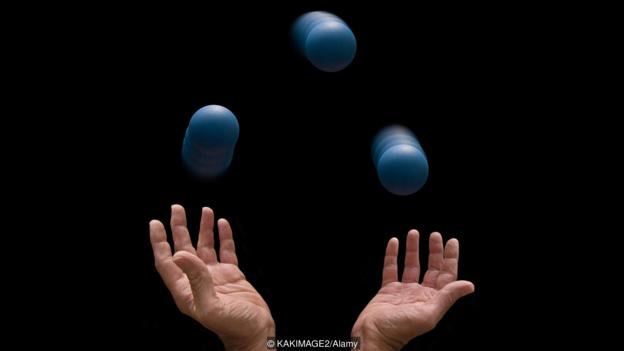 In fact, a study published in 2015 appears to show similarities that go even deeper, suggesting a role for actin – a key component in muscle tissue – in plant proprioception. “This is less supported,” says Hamant, “but there has been some evidence that actin fibres in tissue are involved; almost like muscle.”

These findings are not unique. As research into plant senses has progressed, researchers have begun to find repeating patterns that hint at deep parallels with animals.

Today there are plant researchers investigating such traditionally non-plant areas as memory, learning and problem-solving

In 2014, a team at the University of Lausanne in Switzerland showed that when a caterpillar attacks an Arabidopsis plant, it triggers a wave of electrical activity. The presence of electrical signalling in plants is not a new idea – physiologist John Burdon-Sanderson proposed it as a mechanism for the action of the Venus flytrap as early as 1874 – but what is surprising is the role played by molecules called glutamate receptors.

Glutamate is the most important neurotransmitter in our central nervous system, and it plays exactly the same role in plants, except with one crucial difference: plants do not have nervous systems.

“Molecular biology and genomics tell us that plants and animals are composed of a surprisingly limited set of molecular ‘building blocks’ that are very much alike,” says Fatima Cvrčková, a researcher at Charles University in Prague, Czech Republic. Electrical communication has evolved in two distinct ways, each time employing a set of building blocks that presumably pre-dates the split between animals and plants around 1.5 billion years ago.

“Evolution has led to a certain number of potential mechanisms for communication, and while you can get to that in different ways, the end point is still the same,” says Chamovitz. 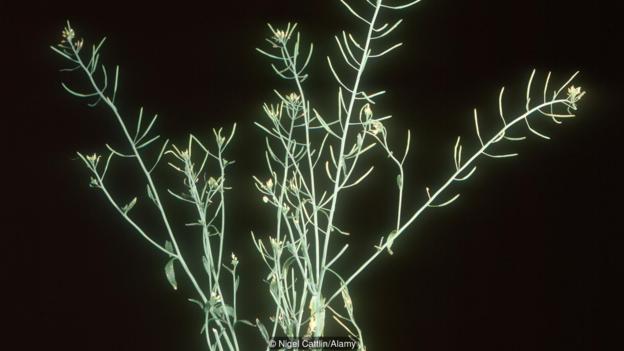 The realisation that such similarities exist, and that plants have a far greater ability to sense their world than appearances might suggest, has led to some remarkable claims about “plant intelligence”, and even spawned a new discipline. Electrical signalling in plants was one of the key factors in the birth of “plant neurobiology” (a term used despite the lack of neurons in plants), and today there are plant researchers investigating such traditionally non-plant areas as memory, learning and problem-solving.

Despite lacking eyes, plants such as Arabidopsis possess at least 11 types of photoreceptor, compared to our measly four

This way of thinking has even led to law makers in Switzerland setting guidelines designed to protect “the dignity of plants” – whatever that means.

So while it is useful to describe plants in anthropomorphic terms to communicate ideas, there are limits. The danger is that we end up viewing plants as inferior versions of animals, which completely misses the point.

“We plant scientists are happy to talk about similarities and differences between the plant and animal lifestyles when presenting results of plant research to the general public,” says Cvrčková. However, she thinks reliance on animal-based metaphors to describe plants comes with issues.

“You want to avoid [such metaphors], unless you are interested in a (usually futile) debate about a carrot’s ability to feel pain when you bite into it.” 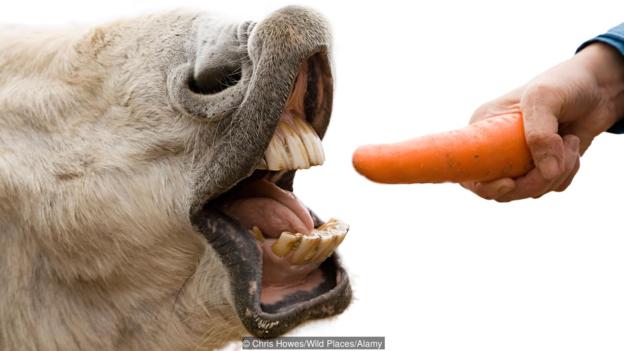 Plants are supremely adapted for doing exactly what they need to do. They may lack a nervous system, a brain and other features we associate with complexity, but they excel in other areas.

We are more plant-like than we would like to think

For example, despite lacking eyes, plants such as Arabidopsis possess at least 11 types of photoreceptor, compared to our measly four. This means that, in a way, their vision is more complex than ours. Plants have different priorities, and their sensory systems reflect this. As Chamovitz points out in his book: “light for a plant is much more than a signal; light is food.”

So while plants face many of the same challenges as animals, their sensory requirements are equally shaped by the things that distinguish them. “The rootedness of plants – the fact that they are unmoving – means they actually have to be much more aware of their environment than you or I do,” says Chamovitz.

To full appreciate how plants perceive the world, it is important that scientists and the wider public appreciate them for what they are.

“The danger for the plant people is that if we keep comparing [plants] with animals we might miss the value of plants,” says Hamant. 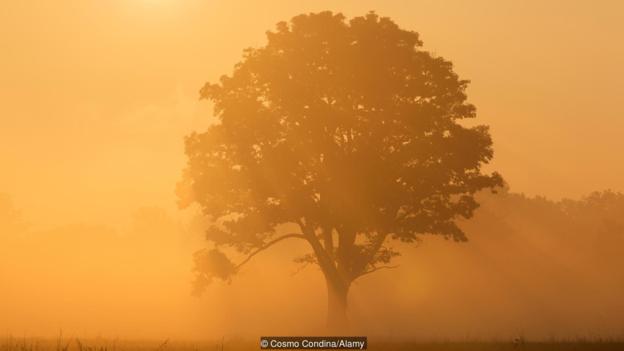 Plants may seem still and quiet but they are anything but (Credit: Cosmo Condina/Alamy)

“I would like to see plants acknowledged more as the amazing, interesting, exotic living beings they are,” agrees Cvrčková, “and less as a mere source of human nutrition and biofuels.” Such an attitude will benefit everyone. Genetics, electrophysiology and the discovery of transposons are just a few examples of fields that began with research in plants, and they have all proved revolutionary for biology as a whole.

Conversely, the realisation that we have some things in common with plants might be an opportunity to accept that we are more plant-like than we would like to think, just as plants are more animal-like than we usually assume.

“Maybe we are more mechanistic than we think we are,” concludes Chamovitz. For him, the similarities should alert us to plants’ surprising complexity, and to the common factors that connect all life on Earth.

“Then we can start to appreciate the unity in biology.”