While the global arms trade declined overall, the biggest sellers of global weapons, the United States and France, saw an increase in sales. 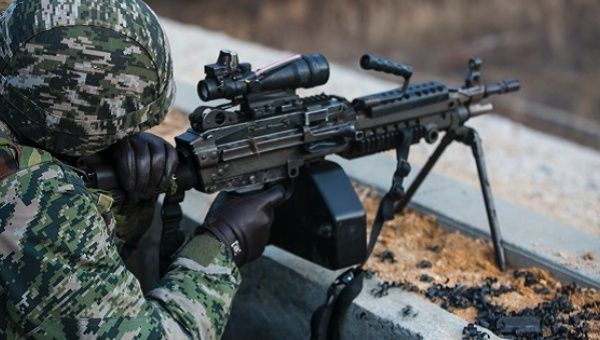 27 Dec 2016 – With decades of imperialist meddling around the world and a culture defined by hyper-militarism, it’s no surprise the United States yet again topped the list of global weapons sales last year, signing deals worth about US$40 billion, according to a new congressional study.

The report, “Conventional Arms Transfers to Developing Nations, 2008-2015,” prepared by the nonpartisan Congressional Research Service, found that the United States was miles ahead of the world’s second-biggest weapons dealer, France, which made sales worth US$15 billion.

The largest buyers of arms in 2015, the report found, were largely U.S. allies in the Gulf region, with Qatar buying more than US$17 billion in weapons last year, followed by Egypt, which bought almost US$12 billion in arms, and Saudi Arabia, with over US$8 billion in weapons purchases.

The global arms trade fell last year from the previous year, with countries around the world spending US$80 billion in 2015 for weapon purchases, down from the 2014 total of US$89 billion, the study found.

Still, the United States and France both increased their overseas weapons sales in 2015, with U.S. arms sales that grew around US$4 billion in 2015 and France’s that grew well over US$9 billion.

After the United States, France, Russia and China, the study found that the world’s major global arms suppliers include Sweden, Italy, Germany, Turkey, Britain, and Israel.