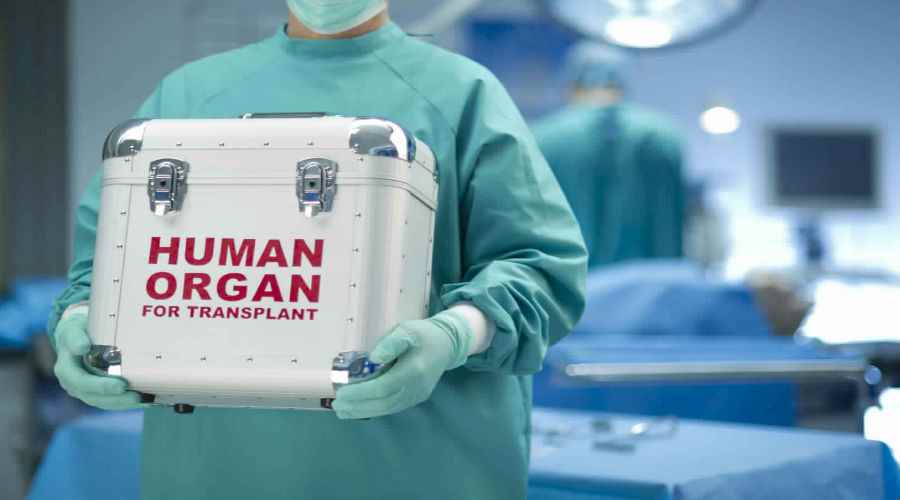 27 Dec 2016 – In light of new alliances with crime mafias, gangs involved in the trafficking of human organs have increased in various countries of the region including Egypt, Sudan, Libya and Morocco, to name a few. The trafficking network includes university professors, doctors, members of nursing staff, and owners of medical centers and labs as well as intermediaries and brokers with prior records, and those impersonating security officials. It is a soft cross-border trade, in light of various unstable security situations, the fronts of internal Arab conflicts, and the terrorist organizations’ urgent needs for income. Other factors include pressing economic conditions, the financial profits generated by the organ trade, and a lack of deterrent legislation.

The trafficking of human organs in the Middle East is referred to as a “silent crime,” as it occurs outside the bounds of accountability and control. Iran is the only country in the region that allows for organ donation from living donors, in exchange for 300 pounds. Since the trade is regulated in Iran but absent in the remainder of the region’s countries, this activity is diverted directly into the black market.

There are no statistics confirming the impact of this phenomenon in public hospitals or private clinics, but a lack of evidence does not indicate that the phenomenon does not exist. The secrecy shrouding such invisible practices makes it difficult to determine the extent of activity on the black market and the number of organs that are being illegally traded each year all over the world.

According to World Health Organization estimates for 2015, more than 10,000 sales of human organs take place on the black market each year.  Around 5 to 10% of all kidney transplants worldwide are accomplished through trafficking and cross-border smuggling operations, raking in annual profits ranging between $600 million and $1.2 billion, while other estimates suggest an annual profit of $8 billion.

There are several patterns that dominate the organ trade, such as kidney, liver lobe, cornea, bone marrow, skin and hair transplants in some of the region’s countries, and are often acquired as follows:

The phenomenon of organ trafficking in the region can be linked to a number of factors:

The network of death:

According to the statement made by Dr. Hussein Nofal, head of the forensic medicine department at the University of Damascus and the head of the General Authority for Forensic Medicine, given to various media outlets in early 2016, about 20,000 organ trafficking operations have been conducted since the beginning of the war in Syria. The operations mainly took place in remote locations, far from areas under official surveillance and control. He added, “The majority of these operations were conducted in refugee camps in Lebanon, Turkey and other neighboring countries to Syria.”

For example, the Moroccan mafia dominates human organ trafficking in North Africa through its main route, the Strait of Gibraltar, and possesses centers on the Moroccan, Tunisian and Algerian borders. The sea is utilized as a means for smuggling. Nearly three years ago, Algerian military police dismantled a network of human organ trafficking from Algeria to Morocco, which was managed by a university professor.

The Lebanese mafia carries out its organ trafficking operations in the south, near Beqaa, and the northern regions, since these areas create tempting conditions for unemployed youth who are likely to die due to conflicts. The smuggling is carried out through the southern city of Tyre to Damascus, and from there towards Turkey and Romania.

There are gangs in Syria, which are known to collaborate with other Arab and international gangs in trafficking corneas. The corneas are smuggled and sent over to European and Asian countries. The organ trade flourishes in Kurdistan as well, especially in light of the number of internally displaced individuals in the region. Additionally, organ trafficking is common in other areas in Iraq where armed clashes and explosions result in many deaths. The sheer number of these victims has helped the organ trade to flourish.

ISIS sells human organs on the black market after receiving less funds from oil extraction centers. The international community became aware of the sale of human organs after l coalition forces discovered, documents and fatwas, which allowed the group to take human organs during the course of a 2015 air raid in Syria. In his speech before the Security Council on Feb. 18th, 2015, Iraqi ambassador to the United Nations Mohammed Ali Hakim stated that, “ISIS uses organ trafficking as a source of income in Iraq, and it kills doctors who refuse to engage with the phenomenon”.  This was discovered after the Iraqi government eavesdropped on communications among ISIS staff in which requests for human organs were received, and after finding bodies that were disfigured and had various organs missing.

For example, Yemeni law does not criminalize human organ trafficking, which drives judges to release kidney sellers. In 2012 the Yemeni government admitted the spread of the organ trafficking phenomenon for the first time after various gangs smuggled Yemenis from the country into Egypt in order to sell their organs, similar to the situation in Iraq.

Some policies that may contribute in varying degrees to the reduction of the human organ trade within the region are as follows:

Overall, bodies in some countries of the region have become commodities. Moreover, the above factors have helped to address some of the obstacles standing in the way of legalizing organ transplants and transfers. The increased availability of organs offered for donation or sale in a legitimate way will lead to the establishment of a more positive relationship with the organ transplant market, converting this trade into an official international market, whose prices are determined according to supply and demand, and whose participants are safeguarded by law.

Future for Advanced Research and Studies (FARAS) is an independent think tank founded on April 4, 2014 in Abu Dhabi, U.A.E. FARAS seeks to enrich public dialogue, support decision-making and enhance academic research pertaining to future trends that currently constitute a real problem in the Middle East region. In light of instability and unpredictability, the overarching goal of FARAS is to help ward off future shocks regarding these developments.