Big Pharma Really, Really Doesn’t Want You to Know the True Value of Its Drugs 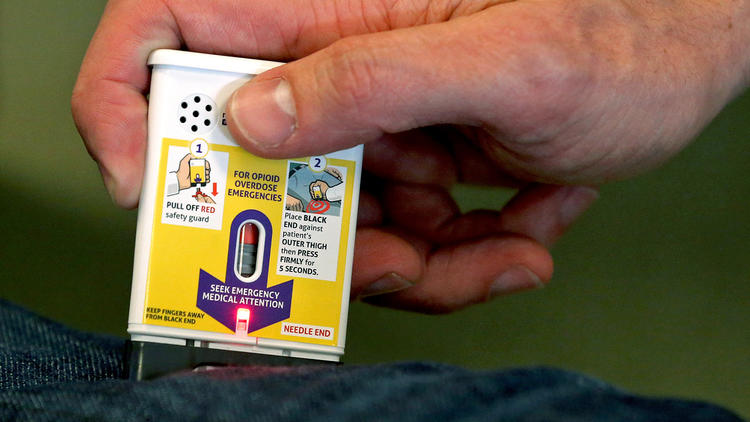 17 Feb 2017 – The latest poster child for cruel and inhuman drug pricing is Kaleo Pharma, maker of an emergency injector for a med called naloxone, which is used as an antidote to save the lives of people who overdose on painkillers.

As America’s opioid crisis reaches epidemic levels, Kaleo has jacked up the list price for its Evzio auto-injector by 600%, soaring from $690 several years ago to $4,500, according to lawmakers.

Nearly three dozen senators wrote to Kaleo’s chief executive, Spencer Williamson, last week to say they were “deeply concerned” about the price hike and to note that it “threatens to price out families and communities that depend on naloxone to save lives.”

But that’s not what caught my attention.

Rather, I was struck by the company’s answers to me about lawmakers’ concerns.

In response to emailed questions, Williamson said that although the list price for Evzio is more than $4,000, that’s “not a true net price to anyone … due to numerous discounts and rebates that are negotiated in the supply chain that make up our healthcare system.”

Direct-to-consumer drug ads: A bad idea that’s about to get worse

In other words, even though the price tag for his company’s easy-to-use, lifesaving device is ridiculous and indefensible, there’s no need to worry because backroom deals by assorted players in the healthcare food chain make that price tag meaningless.

And that, in a nutshell, illustrates the lunacy of the U.S. healthcare system.

“Our system of healthcare financing is the most cynical such system in the world,” said Uwe Reinhardt, a healthcare economist at Princeton University. “It starts with the opaque hospital bill and ends with the opaque system of product pricing and the disgrace of surprise medical bills. Americans can rightly be ashamed of these arrangements.”

There’s a good reason why U.S. drug prices are so much higher than what people pay in other countries. Most other developed nations place limits on how much drug companies can charge to prevent them from taking advantage of the sick. A fair profit is fine. Price gouging is not.

In this country, drugmakers charge whatever they can get away with, which perhaps would be tolerable if we had an efficient, transparent marketplace in which patients benefit from robust competition and an ability to shop around for the best price. But we don’t.

Often, we have a single provider of a drug or medical technology that, thanks to its monopoly power, is in a position to profit handsomely from people’s misfortune. Their message to this captive market is based on an ugly economic principle: Pay up or suffer.

Or in some cases, pay up or die.

In his statement to me, Williamson said most people won’t pay anywhere close to $4,000 for Evzio. Even with a high-deductible insurance plan, he said, a patient won’t pay more than $360 and might end up paying nothing thanks to the company’s “enhanced patient access program.”

But that isn’t price transparency. That’s a magician’s trick known as misdirection. Williamson is saying, “Don’t look at the crazy list price in this hand, look instead at the sweet discounts in this hand.”

The upshot is that his company’s prices remain indecipherable.

“It’s awfully hard to see much value in this opaque approach to real drug pricing,” said Nicholson Price, an assistant law professor at the University of Michigan who focuses on healthcare and regulation. “Especially if we want to have patients be more cost-conscious to keep costs down, opaque pricing does us no favors.”

What it does do, he added, is “create lots of opportunities for gaming and middlemen.”

Kaleo’s gamesmanship isn’t new. As my colleague Melody Peterson noted in a story about naloxone pricing last year: “Not long ago, a dose of the decades-old generic drug cost little more than a dollar. Now the lowest available price is nearly 20 times that.”

The reason Williamson can so confidently declare that the list price for Evzio isn’t worth fretting about is because he knows it’s completely arbitrary. Drug companies and hospitals routinely open their negotiations with insurers with a made-up price and then settle for a much lower amount, which is what the patient ultimately sees.

Unfortunately, that system, such as it is, no longer works. An increasing number of Americans face the full cost of healthcare as a result of high-deductible insurance plans.

Kaleo might pat itself on the back for its patient subsidies and protections, but the reality is that somebody has to pay the company’s bills, either the patient or the insurer. Sky-high list prices for insurers raise premiums for everyone.

What’s to be done? At the moment, the only effective tool is public shaming. Case in point: Mylan, which introduced a cheaper (but still overpriced) version of its EpiPen after facing public scorn over a 500% price increase for its epinephrine injector.

Otherwise, we can follow the example of our economic peers and impose price caps for prescription drugs (it’ll never happen) or pass legislation that introduces some sunlight to negotiations between pharmaceutical companies and insurers (ditto).

My sense is that the only politically feasible solution is to empower Medicare to negotiate drug prices with pharmaceutical companies — right now that’s forbidden by law; thanks, Republicans — and for details of that process to be available to anyone who wants to see them, as is the case for most public spending.

The drug industry wouldn’t like that, of course. It prefers operating in the shadows and keeping consumers in the dark.

Matt Schmitt, an assistant professor of strategy at UCLA’s Anderson School of Management, said it’s easy for Kaleo’s Williamson to shrug off a 600% markup as a fantasy number. But “the true price increase, while perhaps not 600%, may still be very substantial,” Schmitt said.

That’s what Kaleo and all other drug companies want to keep hidden — the deals cut behind closed doors. And they’ll do this by getting people to focus on the magic wand in their hand, rather than the cards up their sleeve.

This week, Kaleo reintroduced Auvi-Q, a competitor to the EpiPen. Auvi-Q had been recalled from the market in 2015 after reports of device malfunctions.

But don’t worry, the company says. That list price is meaningless.