Murder of U Ko Ni Undermines Fight for an Inclusive Country

30 Jan 2017 – The murder of U Ko Ni, a longtime rights and democracy activist, respected constitutional lawyer, and legal advisor for the ruling National League for Democracy (NLD) party, is a grave loss for Burma and for all those who seek to promote tolerance and respect for human rights in the country. As one of the few remaining Muslims with the stature to influence the NLD’s policies, he was a voice of reason amid a rising tide of intolerance. 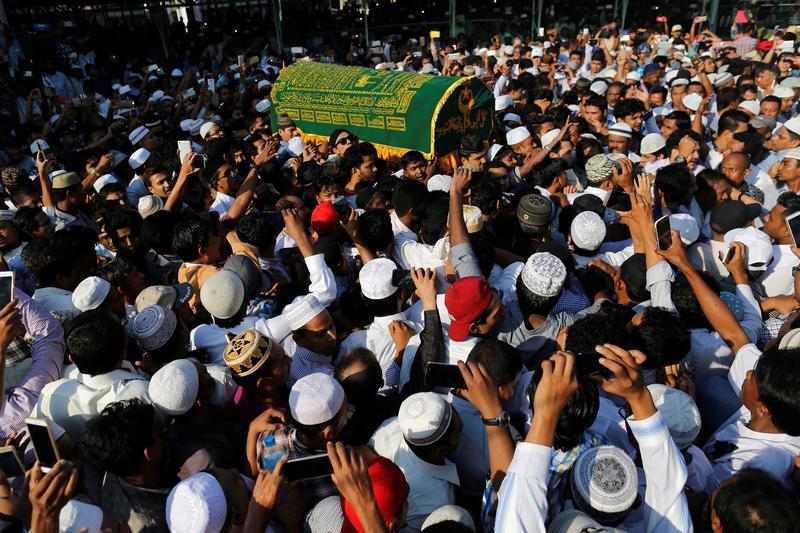 On Sunday [29 Jan] afternoon, U Ko Ni was shot dead outside Rangoon airport while holding his grandson in his arms. He had just returned from accompanying a government minister on an official trip to Indonesia to discuss ways to overcome inter-religious differences. The alleged gunman was arrested while attempting to flee the scene.

I first met U Ko Ni in Rangoon last June, at a Human Rights Watch news conference for the launch of a report I wrote calling on the newly elected NLD government to amend or repeal laws criminalizing peaceful speech and assembly. While he supported our call to reform Burma’s outdated and repressive laws, he stressed that changing a system developed over the course of 50 years of military rule could not all happen at once.

After the news conference, we met in the hotel coffee shop. U Ko Ni, fasting for Ramadan, spoke quietly but intensely about the many ways in which Muslims are marginalized in Burma and his desire to make a difference. He raised concerns about the prevalence of anti-Muslim hate speech on social media and the need to find ways to counter it. He was thoughtful, creative, principled, and determined to fight for justice – all qualities that are much needed in Burma today.

While the motive for his murder is still unknown, what is clear is that the country has lost a strong voice for tolerance and inclusion at a time when it needs it most. The many people whose lives were touched by his activism, his legal work, and his principled compassion will mourn his tragic death. But the greatest challenge falls now to the NLD, led by Aung San Suu Kyi, who should honor his legacy by forcefully and consistently acting to protect the rights of the country’s increasingly persecuted Muslim population – whether ethnic Rohingya in Rakhine State or the minority communities in Burma’s urban areas.