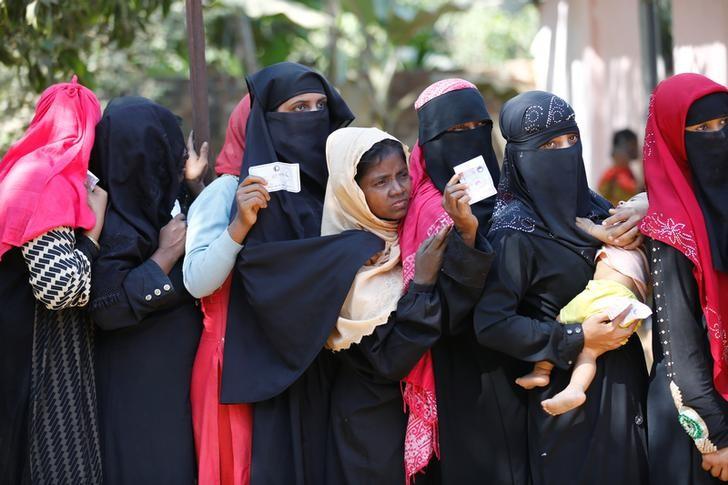 8 Feb 2017 – More than 1,000 Rohingya Muslims may have been killed in a Myanmar army crackdown, according to two senior United Nations officials dealing with refugees fleeing the violence, suggesting the death toll has been a far greater than previously reported.

The officials, from two separate U.N. agencies working in Bangladesh, where nearly 70,000 Rohingya have fled in recent months, said they were concerned the outside world had not fully grasped the severity of the crisis unfolding in Myanmar’s Rakhine State.

“The talk until now has been of hundreds of deaths. This is probably an underestimation – we could be looking at thousands,” said one of the officials, speaking on condition of anonymity. Both officials, in separate interviews, cited the weight of testimony gathered by their agencies from refugees over the past four months for concluding the death toll likely exceeded 1,000.

Myanmar’s presidential spokesman, Zaw Htay, said the latest reports from military commanders were that fewer than 100 people have been killed in a counterinsurgency operation against Rohingya militants who attacked police border posts in October.

Asked about the UN officials’ comments that the dead could number more than 1,000, he said: “Their number is much greater than our figure. We have to check on the ground.”

About 1.1 million Rohingya Muslims live in apartheid-like conditions in northwestern Myanmar, where they are denied citizenship. Many in Buddhist-majority Myanmar regard them as illegal immigrants from Bangladesh.

In addition to the information the two UN officials gave Reuters, a report released by the U.N. Office of the High Commissioner for Human Rights (OHCHR) on Friday gave accounts of mass killings and gang rapes by troops in northwestern Myanmar in recent months, which it said probably constituted crimes against humanity.

The government led by Aung San Suu Kyi said last week it would investigate the allegations in the report. It has previously denied almost all accusations of killings, rapes and arson.

But mounting evidence of atrocities by the army puts Suu Kyi, who has no control over the armed forces under a constitution written by the previous military government, in a difficult position, Myanmar-based diplomats say.

The Nobel peace prize winner has been criticised in the West for her silence on the issue, undermining the goodwill she built up as a democracy champion under years of junta rule and threatening international support. Challenging the generals, however, could put Myanmar’s democratic transition at risk.

Independent verification of what has been happening in Myanmar is extremely difficult as the military has cut off access to northwestern Rakhine.

A second senior U.N. official, from a different agency in Bangladesh, told Reuters that the report only described “the tip of the iceberg”.

The OHCHR report was based on interviews with 220 people, the majority of whom said they knew of people who had been killed or disappeared.

In this unpublished report, based on interviews with families comprising more than 1,750 refugees, there were 182 reports of killings of people just in the interviewee’s home village, and 186 reports of people from their village disappearing, more than 10 percent in both cases.

The document acknowledges the actual number in both categories was likely lower as interviewees from the same village may have separately described the same incidents.

The U.N. says 69,000 people have crossed the border since October, so if the proportion reporting people killed or missing among all the refugees was consistent with those in the report the total number would run into the thousands.

According to refugees’ accounts provided to Reuters in camps in Bangladesh over the past two weeks, the army intensified its offensive in northern Rakhine in mid-November, unleashing what the OHCHR report described as a “calculated policy of terror” after an incident in which several hundred Rohingya attacked an outnumbered group of soldiers, killing an officer.

The OHCHR report details deaths in random firings, including from helicopters and grenades; targeted killings of imams and teachers, slitting of throats with knives and locking people inside burning houses.

Reuters reporters have heard similar accounts from refugees in the camps in Bangladesh.

Khatun Hazera, a 35-year-old woman from the village of Kya Guang Taung, told Reuters that soldiers shot her husband, a teacher at the village madrassa, as he was returning from school with his students.

“They shot him and then turned the body upside down, dragged it, put a sword inside it and took pictures,” she said. Her elderly parents-in-law, interviewed separately, gave similar accounts.

Reuters could not independently confirm these accounts.

Presidential spokesman Zaw Htay said the authorities “will try to verify” such reports, adding: “If it’s true we need to find out the reason and the background data about the incident.”

“Where Are the Men?”

The OHCHR report says that the vast majority of the new Rohingya refugees were women and children, raising questions about the fate of the men left behind, U.N. officials said.

“Boys and men between the age of 17 and 45 were particularly targeted, as they are considered to be strong and seen as a potential threat to the army and authorities,” it said, adding that many accounts describe men of that age being rounded up and taken away with their hands tied behind their backs or heads.

Zaw Htay said the police and army were doing their jobs in making arrests.

Myanmar authorities have given little information about how many may have been detained, although prison officials told a U.N. human rights envoy last month that they were holding about 450 people.

“If you look at the new arrivals – the majority are women – so many of them talk about a killed husband, a slaughtered uncle or a missing brother. Where are all the men?” said the first U.N. official.