How Factionalism Is Killing the Palestinian Struggle

Factions have not only monopolised Palestinian politics but have also suffocated the youthful spirit of the struggle. 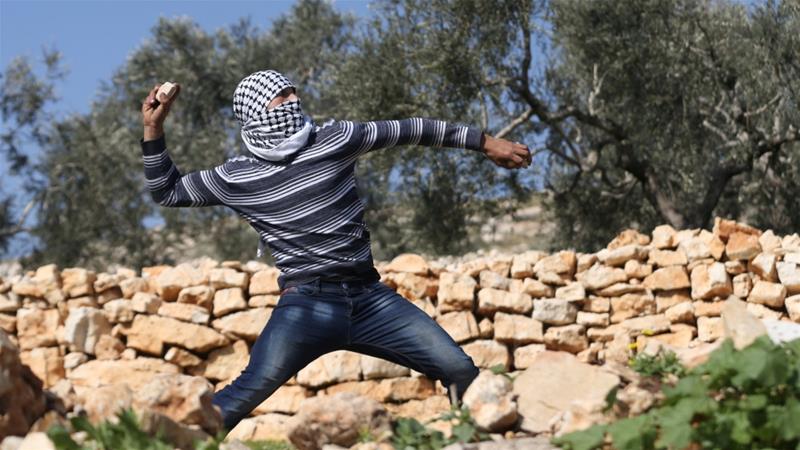 19 Feb 2017 – In the first month of 2017, Gazans hit the streets to protest against the daily electricity cuts in the strip. Despite the evident cry for action from the streets, political leaders seized the opportunity to blame each other, turning it into a Hamas v Fatah debate.

While politicians hijacked the issue, Palestinians in Gaza reported a brutal crackdown on protesters by Hamas, similar to the ones the Palestinian Authority would customarily inflict on protesting residents of the West Bank.

While we should recognise that the occupation of Palestine by Israel – and by the British and the Ottomans before that – has ushered the rise of political groups as a reaction to the tactical stripping of agency from Palestinians, we should not overlook the consequences of political factionalism vis-a-vis the Palestinian question.

The main obstacle to liberation and justice remains the Israeli regime; however, internal divisions act as a catalyst for Palestinians’ disempowerment and preclude genuine mobilisation.

In theory, political parties should be agents of democracy and representatives of the people. But in the present colonial reality of Palestine, these institutionalised groups are a liability.

Originally formed by youth to empower and represent a dispossessed population within the political sphere, Palestinian factions today are led by old party veterans.

This means that although the youth remain the primary driving force for mobilisation on the ground, constituting one third of the population, their voice is not only absent from decision-making affairs but also censored.

These factions have failed the people they claim to represent and, instead, engage in corruption, bribery, internal strife for power and personal aggrandizement, which have come at the expense of the struggle.

The youth have tried to rebel against this suffocating order. In March 2011, as dictatorships across the Arab world began to crumble in the face of massive protests, young Palestinians organised their own demos to denounce political factionalism. But factions did not listen.

Ignored by its political leaders, the youth’s frustration grew. In 2015, violence intensified and so did “lone-wolf” attacks against Israel. Bahaa Allyan, who carried one of the first of these lone-wolf attacks posted on his personal Facebook page “the ten commandments of a martyr”, the first urging factions: “Do not appropriate my martyrdom, my death is for the nation, not for you.”

The most sinister consequence of Palestinian factionalism, however, is the projection of internal quarrels on to Palestinian youth. University campuses are still divided between Fatah and Hamas camps and student councils end up being mini versions of our political landscape – mini factions squabbling for mini power.

In a place where opportunities are limited for young people, factions have also become a tool for young people to advance in life – whether through securing a job or some social standing.

These days, if you want to make it as a young Palestinian diplomat or to secure employment after graduating, your political affiliation will be the determining factor. If you don’t have a political back, you simply won’t make it.

Unfortunately, Israel recognises and utilises factionalism to its advantage, making sure that we remain in our respective bubbles. It is indicative that in the Israeli prisons, Palestinian political prisoners are divided based on factional affiliations and are kept separate to make sure prison comradery does not transcend political divides.

To understand Palestinian factionalism, we must look into the colonial period which lay the groundwork for it.

Prior to the British Mandate, Palestinian decision-making fell largely in the hands of wealthy landlords. It was the social heirloom of feudalism adopted during the Ottoman era.

However, it was the British who took the already present elitism and contorted it in an attempt to centralise administration and placed power in the hands of a certain elitist group.

Thus, they engaged and promoted the urban elite of Palestine and encouraged tensions within it, just as today Israel fuels the Hamas-Fatah divide.

British divide-and-rule efforts resulted in two camps: “the councilmen” which consisted of the supporters of the grand mufti Haj Amin-Husseini and “the opposition” which was headed by Ragheb Bek-Nashashibi, a wealthy landowner.

They were essentially supported and maintained by the British, which exploited an already existing rift between the families of the two prominent men.

Thus, colonialism used the fabric of old social hierarchies defined by clannism and feudalism, while capitalism added a fresh layer of competition for resources and self-enrichment. All of this created a fertile ground for Palestine’s factionalism to grow in.

In essence, factions are another mould of an elitist and colonial application of leadership. They are not popular movements as much as they are corrupt and flawed institutions.

Factions continue to rest on their laurels. Fatah still brags about the history of its fighters and the armed struggle; the PFLP still reminisces about its famous operations in the 1970s and 1980s; and Hamas continues to promote itself as the legitimate alternative to the Palestinian Authority’s corruption and collaboration with Israel.

As a population struggling with settler-colonialism, we cannot afford to continue allowing factionalism to dominate our political lives.

Our energies are exhausted with no real result, and it’s time to look inwards and outwards at the way the international community and Israel have capitalised on this.

This can only be done through an earnest cooperation with the youth who continue to carry the struggle on their shoulders.

Mariam Barghouti is a Palestinian-American writer based in Ramallah. Her political commentary has been featured in the International Business Times, The New York Times and TRT-World, among others.