READ OUR INVESTIGATION ON THE FBI’S SECRET RULES 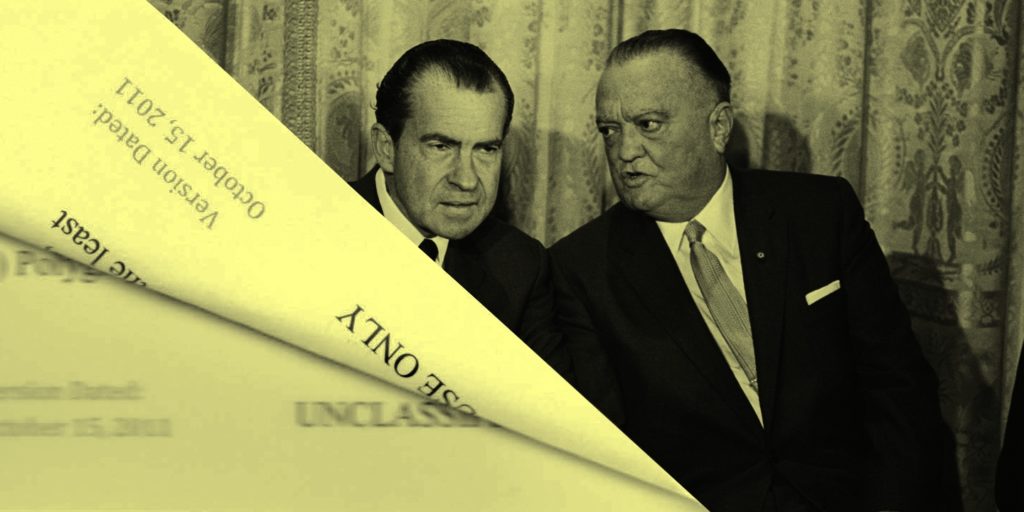 31 Jan 2017 – In the wake of President Donald Trump’s inauguration, the FBI assumes an importance and influence it has not wielded since J. Edgar Hoover’s death in 1972. That is what makes today’s batch of stories from The Intercept, The FBI’s Secret Rules, based on a trove of long-sought confidential FBI documents, so critical: It shines a bright light on the vast powers of this law enforcement agency, particularly when it comes to its ability to monitor dissent and carry out a domestic war on terror, at the beginning of an era highly likely to be marked by vociferous protest and reactionary state repression.

In order to understand how the FBI makes decisions about matters such as infiltrating religious or political organizations, civil liberties advocates have sued the government for access to crucial FBI manuals — but thanks to a federal judiciary highly subservient to government interests, those attempts have been largely unsuccessful. Because their disclosure is squarely in the public interest, The Intercept is publishing this series of reports along with annotated versions of the documents we obtained.

Trump values loyalty to himself above all other traits, so it is surely not lost on him that few entities were as devoted to his victory, or played as critical a role in helping to achieve it, as the FBI. One of the more unusual aspects of the 2016 election, perhaps the one that will prove to be most consequential, was the covert political war waged between the CIA and FBI. While the top echelon of the CIA community was vehemently pro-Clinton, certain factions within the FBI were aggressively supportive of Trump. Hillary Clinton herself blames James Comey and his election-week letter for her defeat. Elements within the powerful New York field office were furious that Comey refused to indict Clinton, and embittered agents reportedly shoveled anti-Clinton leaks to Rudy Giuliani. The FBI’s 35,000 employees across the country are therefore likely to be protected and empowered. Trump’s decision to retain Comey — while jettisoning all other top government officials — suggests that this has already begun to happen.

When married to Trump’s clear disdain for domestic dissent — he venerates strongman authoritarians, called for a crackdown on free press protections, and suggested citizenship-stripping for flag-burning — the authorities vested in the FBI with regard to domestic political activism are among the most menacing threats Americans face. Trump is also poised to expand the powers of law enforcement to surveil populations deemed suspicious and deny their rights in the name of fighting terrorism, as he has already done with his odious restrictions on immigration from seven Muslim-majority countries. Understanding how the federal government’s law enforcement agency interprets the legal limits on its own powers is, in this context, more essential than ever. Until now, however, the rules governing the FBI have largely been kept secret. 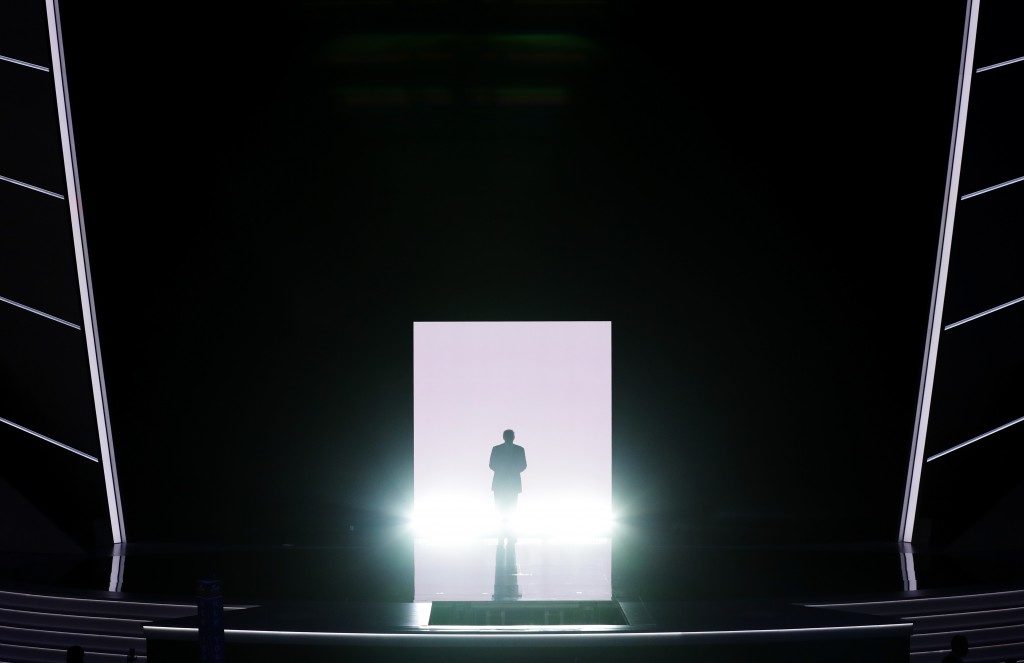 Today’s publication is the result of months of investigation by our staff, and we planned to publish these articles and documents regardless of the outcome of the 2016 election. The public has an interest in understanding the FBI’s practices no matter who occupies the White House. But in the wake of Trump’s victory, and the unique circumstances that follow from it, these revelations take on even more urgency.

After Congress’s 1976 Church Committee investigated the excesses of Hoover’s FBI, in particular the infamous COINTELPRO program — in which agents targeted and subverted any political groups the government deemed threatening, including anti-war protesters, black nationalists, and civil rights activists — a series of reforms were enacted to rein in the FBI’s domestic powers. As The Intercept and other news outlets have amply documented, in the guise of the war on terror the FBI has engaged in a variety of tactics that are redolent of the COINTELPRO abuses — including, for example, repeatedly enticing innocent Muslims into fake terror schemes concocted by the bureau’s own informants. What The Intercept’s reporting on this new trove of documents shows is how the FBI has quietly transformed the system of rules and restraints put in place after the scandals of the ’70s, opening the door for a new wave of civil liberties violations. When asked to respond to this critique, the FBI provided the following statement:

All FBI policies are written to ensure that the FBI consistently and appropriately applies the lawful tools we use to assess and investigate criminal and national security threats to our nation. All of our authorities and techniques are founded in the Constitution, U.S. law, and Attorney General Guidelines. FBI policies and rules are audited and enforced through a rigorous internal compliance mechanism, as well as robust oversight from the Inspector General and Congress. FBI assessments and investigations are subject to responsible review and are designed to protect the rights of all Americans and the safety of our agents and sources, acting within the bounds of the Constitution.

Absent these documents and the facts of how the bureau actually operates, this may sound reassuring. But to judge how well the bureau is living up to these abstract commitments, it is necessary to read the fine print of its byzantine rules and regulations — which the FBI’s secrecy has heretofore made it impossible for outsiders to do. Now, thanks to our access to these documents — which include the FBI’s governing rulebook, known as the DIOG, and classified policy guides for counterterrorism cases and handling confidential informants — The Intercept is able to share a vital glimpse of how the FBI understands and wields its enormous power.

For example, the bureau’s agents can decide that a campus organization is not “legitimate” and therefore not entitled to robust protections for free speech; dig for derogatory information on potential informants without any basis for believing they are implicated in unlawful activity; use a person’s immigration status to pressure them to collaborate and then help deport them when they are no longer useful; conduct invasive “assessments” without any reason for suspecting the targets of wrongdoing; demand that companies provide the bureau with personal data about their users in broadly worded national security letters without actual legal authority to do so; fan out across the internet along with a vast army of informants, infiltrating countless online chat rooms; peer through the walls of private homes; and more. The FBI offered various justifications of these tactics to our reporters. But the documents and our reporting on them ultimately reveal a bureaucracy in dire need of greater transparency and accountability.

One of the documents contains an alarming observation about the nation’s police forces, even as perceived by the FBI. Officials of the bureau were so concerned that many of these police forces are linked to, at times even populated by, overt white nationalists and white supremacists, that they have deemed it necessary to take that into account in crafting policies for sharing information with them. This news arrives in an ominous context, as the nation’s law enforcement agencies are among the few institutional factions in the U.S. that supported Trump, and they did so with virtual unanimity. Trump ran on a platform of unleashing an already out-of-control police — “I will restore law and order to our country,” he thundered when accepting the Republican nomination — and now the groups most loyal to Trump are those that possess a state monopoly over the use of force, many of which are infused with racial animus.

The Church Committee reforms were publicly debated and democratically enacted, based on the widespread fears of sustained FBI overreach brought to light by aggressive reporters like Seymour Hersh. It is simply inexcusable to erode those protections in the dark, with no democratic debate.

As we enter the Trump era, with a nominated attorney general who has not hidden his contempt for press freedoms and a president who has made the news media the primary target of his vitriol, one of the most vital weapons for safeguarding basic liberties and imposing indispensable transparency is journalism that exposes information the government wants to keep suppressed. For exactly that reason, it is certain to be under even more concerted assault than it has been during the last 15 years. The revealing, once-secret FBI documents The Intercept is today reporting on, and publishing, demonstrate why protecting press freedom is more critical than ever.