The Banality of Evil: Hannah Arendt on the Normalization of Human Wickedness and Our Only Effective Antidote to It

“Under conditions of terror most people will comply but some people will not… No more is required, and no more can reasonably be asked, for this planet to remain a place fit for human habitation.” 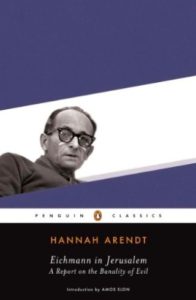 “Never react to an evil in such a way as to augment it,” the great French philosopher and activist Simone Weil wrote in 1933 as she contemplated how to make use of our suffering amid a world that seemed to be falling apart. But modern life is no fairy tale and one of its most disorienting perplexities is that evil isn’t always as easily recognizable as a Grimm stepmother. Maya Angelou captured this in her 1982 conversation with Bill Moyers about courage and facing evil, in which she observed: “Throughout our nervous history, we have constructed pyramidic towers of evil, ofttimes in the name of good.” Joseph Brodsky echoed the sentiment five years later in his spectacular speech on our greatest antidote to evil: “What we regard as Evil is capable of a fairly ubiquitous presence if only because it tends to appear in the guise of good.”

A core cause of this perplexity lies in the fact that while acts of evil can mushroom into monumental tragedies, the individual human perpetrators of those acts are often marked not with the grandiosity of the demonic but with absolute mundanity.

This was the revolutionary and, like every revolutionary idea, at the time controversial point that Hannah Arendt (October 14, 1906–December 4, 1975) made in 1962, when The New Yorker commissioned her, a Jew of who had narrowly escaped from Nazi Germany herself, to travel to Jerusalem and report on the trial of Adolf Eichmann — one of the chief architects of the Holocaust. In 1963, her writings about the trial were published as Eichmann in Jerusalem: A Report on the Banality of Evil (public library) — a sobering reflection on “the lesson that this long course in human wickedness had taught us — the lesson of the fearsome, word-and-thought-defying banality of evil.” 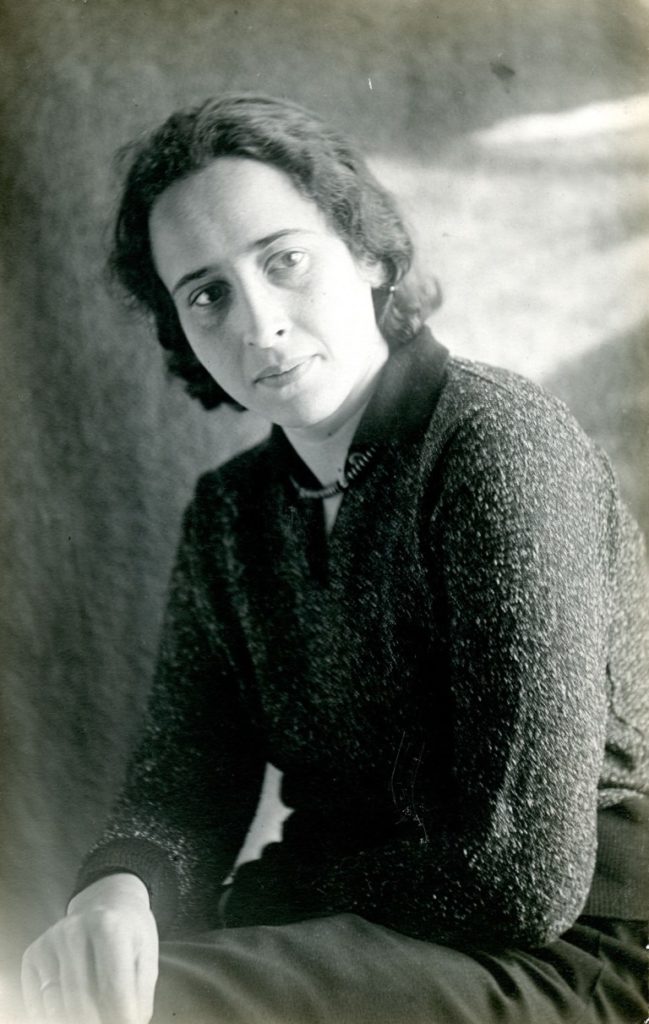 A decade after Arendt established herself as a formidable thinker with her incisive inquiry into how totalitarian tyrants take hold of a people, she writes:

The essence of totalitarian government, and perhaps the nature of every bureaucracy, is to make functionaries and mere cogs in the administrative machinery out of men, and thus to dehumanize them.

It is through this lens of bureaucracy (which she calls “the rule of Nobody”) as a weapon of totalitarianism that Arendt arrives at her notion of “the banality of evil” — a banality reflected in Eichmann himself, who embodied “the dilemma between the unspeakable horror of the deeds and the undeniable ludicrousness of the man who perpetrated them.” In a passage that applies to Donald Trump with astonishing accuracy — except the part about lying, of course; that aspect Arendt addressed with equal prescience elsewhere — she describes Eichmann:

What he said was always the same, expressed in the same words. The longer one listened to him, the more obvious it became that his inability to speak was closely connected with an inability to think, namely, to think from the standpoint of somebody else. No communication was possible with him, not because he lied but because he was surrounded by the most reliable of all safeguards against the words and the presence of others, and hence against reality as such.

The Nazis, Arendt argues, furnished this deliberate disconnect from reality with what she calls “holes of oblivion.” (Today, we call them “alternative facts.”) In a searing testament to the power of speaking up, she considers what the story of the Holocaust — a story irrepressibly told by its survivors — has taught us:

The holes of oblivion do not exist. Nothing human is that perfect, and there are simply too many people in the world to make oblivion possible. One man will always be left alive to tell the story.

The lesson of such stories is simple and within everybody’s grasp. Politically speaking, it is that under conditions of terror most people will comply but some people will not, just as the lesson of the countries to which the Final Solution was proposed is that “it could happen” in most places but it did not happen everywhere. Humanly speaking, no more is required, and no more can reasonably be asked, for this planet to remain a place fit for human habitation.

Arendt took great care to differentiate between the banal and the commonplace, but some reviewers — as those pre-bent on a reflexive rebuttal are always apt to do — accused her of suggesting that the atrocity of the Holocaust had been commonplace, which of course was the very opposite of her point. Among those who misunderstood her notion of the “banality” of evil to mean a trivialization of the outcome of evil rather than an insight into the commonplace motives of its perpetrators was the scholar Gerhard Scholem, with whom Arendt had corresponded warmly for decades. At the end of a six-page letter to Scholem from early December of 1964, she crystallizes her point and dispels all grounds for confusion with the elegant precision of her rhetoric:

You are quite right, I changed my mind and do no longer speak of “radical evil.” … It is indeed my opinion now that evil is never “radical,” that it is only extreme, and that it possesses neither depth nor any demonic dimension. It can overgrow and lay waste the whole world precisely because it spreads like a fungus on the surface. It is “thought-defying,” as I said, because thought tries to reach some depth, to go to the roots, and the moment it concerns itself with evil, it is frustrated because there is nothing. That is its “banality.” Only the good has depth that can be radical.

Eichmann in Jerusalem remains, unfortunately, an increasingly relevant masterwork as we face a world seized by banal tyrants capable of perpetrating enormous evil with their small hands. But perhaps John Steinbeck put it best in his superb letter written months before Arendt arrived in New York as a refugee from Nazi Germany: “All the goodness and the heroisms will rise up again, then be cut down again and rise up. It isn’t that the evil thing wins — it never will — but that it doesn’t die.”

Complement it with Dostoyevsky on why there are no bad people and Mary McCarthy — Arendt’s longtime friend and correspondent — on how we decide whether evil is forgivable, then revisit Arendt on lying in politics, the meaning of “refugee,” how tyrants use isolation as a weapon of oppression, and the crucial difference between truth and meaning.