The Pivot to China 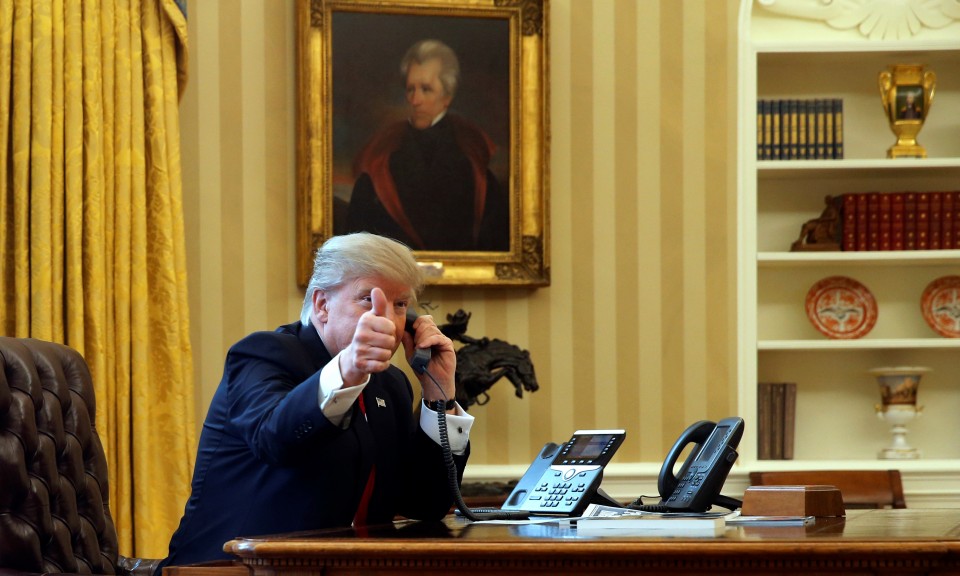 One Belt, One Road, One China: Is the new White House crew changing tack on Beijing? Photo: Reuters

Trump remains hostage to his own election rhetoric, legacy of past policies. Meantime, Beijing is delivering its strategic vision for a new Pax Sinica.

11 Feb 2017 – When President Xi Jinping visited the United Nations in Geneva last month, before his landmark pro-globalization speech in Davos, he said China’s proposition to the world was to “build a community of shared future for mankind and achieve shared and win-win development.”

Then came the astonishing numbers. “In the coming five years, China will import US$8 trillion of goods, attract US$600 billion of foreign investment, make US$750 billion of outbound investment, and Chinese tourists will make 700 million outbound visits.”

For most of the “community of shared future,” it didn’t take long for the implications to sink in.

Then came the threat of a US-China trade war. The possible ending of the One China policy. The threat of a blockade in the South China Sea.

Then came The Letter. From Trump to Xi, sending good wishes to “the Chinese people.” Too little, too late – over a week after the start of the Year of the Rooster. Still, with great tact, the Foreign Ministry in Beijing stressed communication was always on, “led by China’s top diplomat, State Councillor Yang Jiechi, who outranks the foreign minister.”

Then, finally, came The Phone Call. The first time they ever talked. Trump told Xi he plans to respect the One China policy. Game on.

It’s open to debate whether any of Trump’s China hands – in fact, they are virtually non-existent – have written him a memo laying out the magnitude of what Beijing is trying to accomplish, business-wise. That won’t last long because Trump eventually will wake someone up with a 3am phone call wondering, “How come we’re not part of the action?”

Inbuilt in the New Silk Roads, aka One Belt, One Road, is a new transpolitical concept; territoriality is extrapolated from national borders towards belts and roads – in fact, supply chains. This goes way beyond mere technicalities: supply-chain management; inter-modality; inter-operability; a new approach to logistics; you name it. It’s posing the foundation of a transnational new geoeconomic model, and, if successful in the long run, a new geopolitical model.

The model implies that China is proposing through all these corridors – across the upgraded high-speed Trans-Siberian rail route, across Southeast Asia, across Pakistan – whole new layers to the notion of multinational cooperation; political, economic, financial (as in the role of the Asia Infrastructure Investment Bank and the Silk Road Fund). No wonder a group of Chinese researchers recently published a groundbreaking essay in Monthly Review titled One Belt, One Road: China’s strategy for a new global financial order. 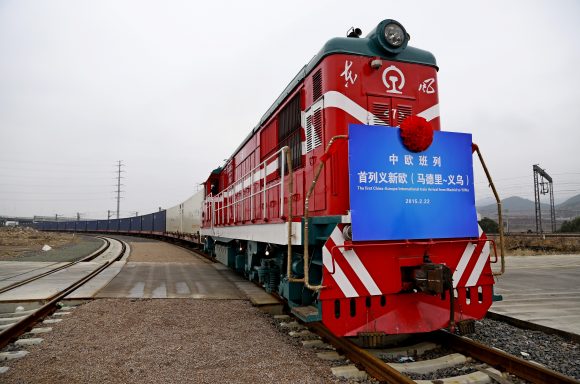 Add to this the progressive interpolation of OBOR with the Russia-led Eurasian Economic Union. The EEU is fully institutionalized, complete with bureaucratic layers, while OBOR is still a loose experiment in progress. As Xi and Vladimir Putin have stressed, OBOR and EEU are ultimately complementary – and that adds an extra dimension to the Russia-China strategic partnership.

Beijing’s advance across Central Asia is essentially geoeconomic, as an infrastructure provider; Moscow for its part is not paranoid that Beijing harbors political hegemonic designs. The light at the end of the (high-speed rail) tunnel is always Eurasia integration, with regional powers Iran and eventually Turkey also on board for the long haul.

Klaus Baader, chief Asia-Pacific economist at Societe Generale in Hong Kong, recently told Bloomberg: “How many times did Trump say he would label China a currency manipulator on his first day in office? It was pure rhetoric … Rhetoric that cannot be implemented.”

That does not mean that after the Trump-Xi call all the rhetoric will vanish. The folks in Trump’s internal audience/electoral base have eagerly entertained the desire – or illusion – that they deserve a better distribution of wealth since they’re right at the heart of the “indispensable nation”; and that this may happen mostly at the expense of a China that has profited immensely from globalization. That’s what Trump’s rhetoric has been emphasizing.

For its part, China is embarking on a much more ambitious path – albeit one fraught with danger. It needs to stop depending so much on exports to the US. It must also continue to invest in its internal market, transferring wealth and opportunities from the eastern seaboard to central provinces and the west. But most of all, Beijing is focused on paving the way for a new geoeconomic Pax Sinica down the road.

Vast sectors of the US deep state though remain committed to the pivot to China – as in, its outright containment. Trump may have already understood that a trade war is a lose-lose proposition. In the absence of an Asian economic version of NATO (the dead-in-the water Trans-Pacific Partnership trade deal), the emphasis will be on “vigilant” allies/semi-disguised vassals such as Japan, South Korea and Australia (after “that” phone call to Prime Minister Malcolm Turnbull, Canberra will be a tough proposition).

In a nutshell: the pivot to Asia will survive in some shape or form. Notice the set of “recommendations” to the president by a
task force on US-China policy organized by the Asia Society and the University of California San Diego.

Nestled among platitudes on human rights and the need to “reaffirm US commitments,” there’s the same misleading emphasis on “freedom of navigation” – which China reads as US naval hegemony meant as a law of nature – and the proverbial need to “maintain an active US naval and air presence” to “respond resolutely to China’s use of force against the United States or its treaty allies.” (Note the premise is always Chinese aggression.)

Wishful thinking – already debunked by reality – is also the norm, as in “changes are needed in the Trans-Pacific Partnership to gain bipartisan ratification in Congress.”

This is all too predictable. Kurt Campbell, at the moment part of the Pentagon’s Defense Policy Board, among other roles, is a key member of the task force. Campbell was the conceptualizer of the pivot to Asia, which he sold to Hillary Clinton who then sold it to Obama. For the Pentagon, the categorical imperative remains the same: China must not be allowed in any circumstances to contest US “access” or escape from its geostrategic containment in the South and East China Seas.

Add the chilling message delivered by former CIA director James Woolsey, who until recently was advising Trump on national security: “The US sees itself as the holder of the balance of power in Asia and is likely to remain determined to protect its allies against Chinese overreach.” Crude translation: it’s our way or the highway (rather, bottom of the ocean).

So welcome to the overall guidelines of Trump’s China pivot. Dialectic hostility, anyone?