India Needs to Say No to Nuclear Power, Says Greenpeace 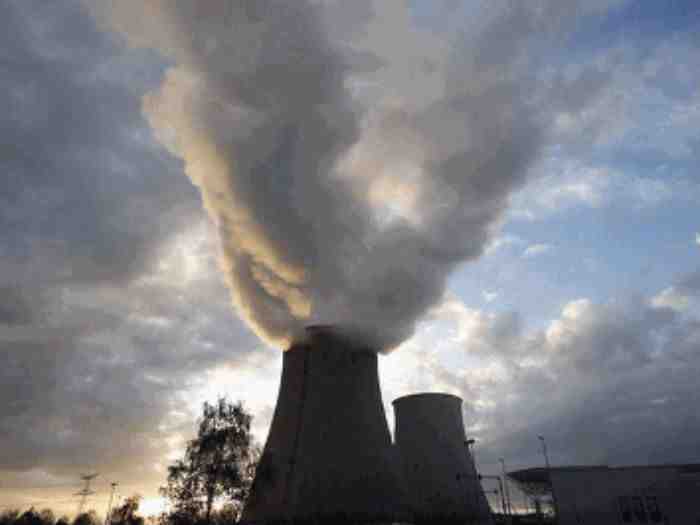 21 Feb 2017 – India needs to “re-think” its energy policies and say no to nuclear power, Greenpeace India said after the NGO released a report highlighting high radiation levels in Fukushima in Japan.

As Fukushima nuclear disaster nears its sixth anniversary, it continues to be a grim reminder of the destruction that nuclear power can cause, it said, adding: “At this point of time countries like India need to rethink their energy policies and say no nuclear power.”

A massive undersea quake on March 11, 2011, sent a giant tsunami barrelling into Japan’s northeastern coast, leaving more than 18,500 people dead or missing, and sending three reactors into meltdown at the Fukushima nuclear plant.

The Japanese government will soon lift evacuation orders for the residents of Iitate village in Fukushima prefecture where radiation levels in nearby forests are comparable to those currently within the Chernobyl 30 km exclusion zone, which, more than 30 years after the accident, is still closed for habitation, the NGO said.

The report titled ‘No return to normal’, released by Greenpeace Japan, said that seventy-five per cent of Iitate is contaminated forested mountains.

As the country nears the sixth anniversary of the nuclear disaster, the Japanese government last week confirmed that it has not yet conducted any assessments of lifetime exposure risks for citizens if they were to return to Iitate, it said.

“Life can never go back to normal for people living near nuclear power plants. But clearly, the world has failed to learn its lessons from nuclear accidents like those in Chernobyl and Fukushima. India, for instance, seems determined to add on to its nuclear power capacity despite putting the lives of millions of people at risk,” said Nandikesh Sivalingam, climate and energy campaigner, Greenpeace India.

The NGO said that it should also be noted that India is currently in a situation of ‘surplus power’ witnessing massive installed overcapacity in the electricity sector.

With the solar power tariffs going down to record low levels, India’s energy needs for the next ten years can be fulfilled by cleaner and safer sources of energy in the form of solar and wind, it said.

Greenpeace India stands by the victims of Fukushima who are being “forced” to return to the accident site for economic reasons, the NGO said.

“India must learn from the Fukushima disaster and its long lasting impact on people’s lives and livelihoods and move away permanently from highly risky and economically unviable nuclear energy to safer, greener and cheaper energy sources like solar and wind,” it said.