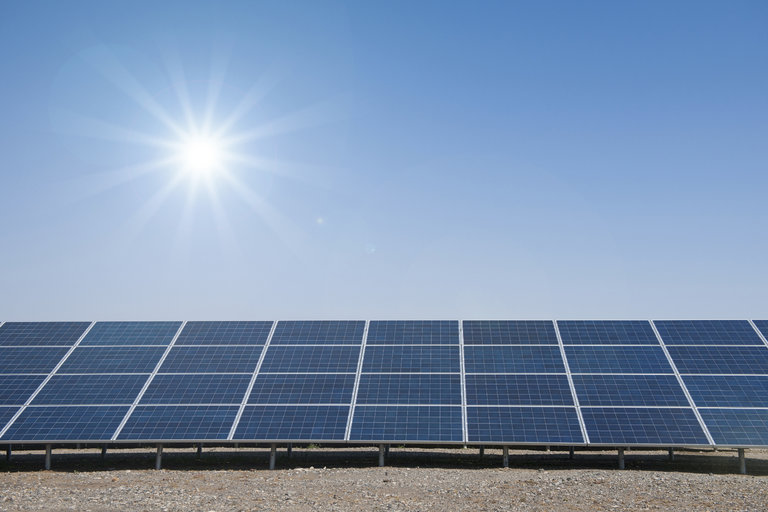 21 Mar 2017 – Solar energy has become big business. Over the past decade it has plummeted in cost, surged in volume, and, as booming industries do, benefited some investors and burned others. The International Energy Agency has predicted photovoltaic solar could provide up to 16 percent of the world’s electricity by midcentury — an enormous increase from the roughly 1 percent that solar generates today. But for solar to realize its potential, governments will have to grow up too. They’ll need to overhaul their solar policies to make them ruthlessly economically efficient.

The widespread view that solar power is a hopelessly subsidized business is quickly growing outdated. In some particularly sunny spots, such as certain parts of the Middle East, solar power now is beating fossil-fueled electricity on price without subsidies.

Even where — as in the United States — solar needs subsidies, it’s getting cheaper. American utilities now are signing 20-year agreements to buy solar power at, and in some cases below, 5 cents per kilowatt-hour. Those prices, which reflect tax breaks, are in some instances low enough to compete with electricity from power plants that burn plentiful American natural gas. Solar will be all the more competitive if gas prices rise — something many predict — and as more governments impose prices on carbon dioxide emissions.

The market is concluding that solar makes sense. In part that’s because of technological advances that have made solar cells more efficient in converting sunlight into power. In part it’s the result of manufacturing scale, which has slashed the cost of solar-panel production. And, in places that tax greenhouse-gas emissions, it’s in part because solar produces carbon-free power.

But much more needs to be done. Ratcheting up solar to produce approximately 1 percent of global electricity has required a lot of technology and investment. Making solar big enough to matter environmentally would be an even more colossal undertaking. It would require plastering the ground and roofs with billions of solar panels. It would require significantly increasing energy storage, because solar panels crank out electricity only when the sun shines, which is why, today, solar often needs to be backed up by fossil fuels. And it would require adding more transmission lines, because often the places where the sun shines best aren’t where most people live.

The scale of this challenge makes economic efficiency crucial, as we argue in a report, “The New Solar System,” released on Tuesday. The policies that have goosed solar have been often unsustainable and sometimes contradictory. One glaring example: With one hand, the United States is trying to make solar cheaper, through tax breaks, and with the other hand it’s making solar more expensive, through tariffs it has imposed on solar products imported from China, the world’s largest maker and installer of solar panels.

The tariffs are prompting Chinese solar manufacturers to set up factories not in the United States, but in low-cost countries that aren’t subject to the levies. And the Chinese government has responded with its own tariffs against American-made solar goods. Those tariffs have eroded the United States share in the one part of solar manufacturing — polysilicon, the raw material for solar cells — in which America once had a significant role.

That solar is now involved in a trade war is a sign of how far it has come. The United States developed the first solar cells in the 1950s and put them into space in the 1960s. Japan and Germany began putting big numbers of solar panels on rooftops in the 1990s. But solar power didn’t really advance into a real industry until a decade ago, when China stepped in.

In the mid-2000s, stimulated by hefty solar subsidies in Europe, a handful of entrepreneurs in China started producing inexpensive solar panels, much as had been done in China before with T-shirts and televisions. These entrepreneurs bought equipment from manufacturers in Europe and the United States, built big factories with government subsidies, and got down to business cranking out millions of solar panels for export.

But now, China’s solar industry is changing in little-noticed ways that create both an imperative and an opportunity for the United States to up its game. The Chinese industry is innovating technologically — indeed, it’s starting to score world-record solar-cell efficiencies — contrary to a long-held myth that all China can do is manufacture others’ inventions cheaply. It’s expanding its manufacturing footprint across the globe. And it’s scrambling to import more efficient ways of financing solar power that have been pioneered in the West. The United States needs to take these shifts into account in defining an American solar strategy that minimizes the cost of solar power to the world while maximizing the long-term benefit to the American economy.

A more-enlightened United States policy approach to solar would seek above all to continue slashing solar power’s costs — not to prop up types of American solar manufacturing that can’t compete globally. It would leverage, not aim to bury, China’s manufacturing superiority, with closer cooperation on solar research and development. And it would focus American solar subsidies more on research and development and deployment than on manufacturing. As solar manufacturing continues to automate, reducing China’s cheap-labor advantage, it is likely to make more sense in the United States, at least for certain sorts of solar products.

The United States needs to play to its comparative advantages in the solar sector. That requires a sober assessment of what China does well. There are real tensions between China and the United States, including the tariff fight, doubts about the protection of intellectual property in China, and national-security concerns. But it’s time to put those concerns into perspective, as investors, corporations and governments try to do every day.

These proposed shifts in American solar policy will upset partisans across the political spectrum. They will offend liberals who have promised that solar-manufacturing subsidies would bring the United States huge numbers of green factory jobs. They will rankle conservatives who see China as the enemy. How will the Trump administration view them? That’s unclear.

President Trump has spoken approvingly of tariffs against China; as a presidential candidate, he criticized “China’s unfair subsidy behavior.” Yet his nominee to be ambassador to China, Gov. Terry Branstad of Iowa, has called the Chinese president, Xi Jinping, a friend and said a “cooperative relationship” between the two countries “is needed more now than ever.”

Mr. Trump argued in his 2015 book, “Crippled America” (since retitled “Great Again”), that solar panels didn’t “make economic sense.” But he also wrote that, when solar energy “proves to be affordable and reliable in providing a substantial percent of our energy needs, then maybe it’ll be worth discussing.”

That time has arrived. A smarter solar policy — one with a more-nuanced view of China — is something the new president ought to like.

Solar isn’t just for the granola crowd anymore. It’s a global industry, and it’s poised to make a real environmental difference. Whether it delivers on that promise will depend on policy makers prodding it to become more economically efficient. That will require a shift both from those who have loved solar and from those who have laughed it off.

Jeffrey Ball (@jeff_ball) is the scholar in residence and Dan Reicher (@dan_reicher) the executive director of the Steyer-Taylor Center for Energy Policy and Finance at Stanford.