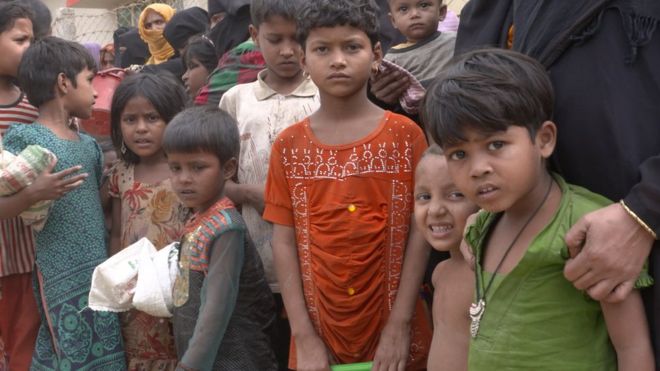 The Rohingya are a Muslim minority group from Myanmar.

A top UN official says “crimes against humanity” are being committed by the military and police against Myanmar’s Rohingya Muslim minority.

10 Mar 2017 – The UN’s special rapporteur for human rights in Myanmar, Yanghee Lee, was speaking as part of a joint BBC Newsnight-BBC Our World investigation.

Aung San Suu Kyi, who has been in power almost a year, declined an interview.

A spokesman for her party said the allegations were “exaggerated” and an “internal” not “international” issue.

Ms Lee has not been given free access to the conflict area in Myanmar. But after speaking to refugees in Bangladesh she told the BBC that the situation was “far worse” than she expected.

She said the problem of abuse was “systemic” within the Burmese security forces, but said that Aung San Suu Kyi’s elected government should bear some of the responsibility.

“At the end of the day it is the government, the civilian government, that has to answer and respond to these massive cases of horrific torture and very inhumane crimes they have committed against their own people.”

More than 70,000 Rohingya – a Muslim minority group from Myanmar – have fled to Bangladesh in the last few months, after a militant attack in October triggered a military crackdown.

In camps in Bangladesh, the BBC heard allegations from recently arrived Rohingya refugees that the Burmese security forces had shot civilians, and abducted and raped young girls.

Many of the refugee accounts are supported by both satellite and video evidence.

The BBC has repeatedly asked Ms Suu Kyi for an interview to discuss the Rohingya. 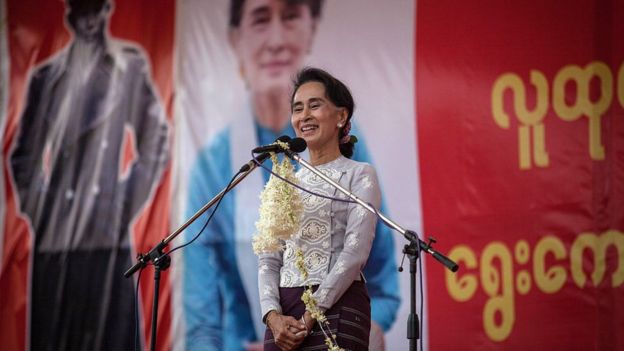 Although the Myanmar constitution forbids her from becoming president, she is widely seen as de facto leader.

But since she won an election landslide 16 months ago, Ms Suu Kyi has not done any interviews with journalists based in Myanmar – international or foreign – or held a meaningful press conference.

The spokesman for Ms Suu Kyi’s political party, the National League of Democracy, Win Htein, told the BBC that under the current constitution, Ms Suu Kyi did not have the power to get the army to stop.

Responding to Ms Lee’s claims of “crimes against humanity” he said reports of hundreds of dead Rohingya were “exaggerations” and that “sometimes the United Nations is wrong”.

“As a new government we’re just trying to achieve to a modern country. We have thousands of problems.

“We don’t believe it’s crimes against humanity,” he added. “It’s an internal affair – it’s not an international affair.” 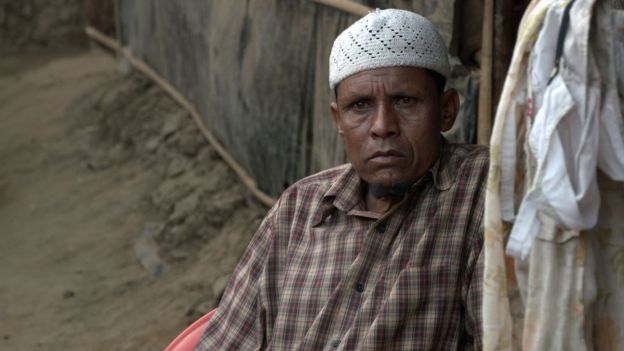 Tens of thousands of Rohingya have fled to Bangladesh in the last few months.

The Burmese government has set up its own investigation into allegations of abuses.

It is led by a former general and has been criticised by Ms Lee for being dominated by military men and for its methodology.

On Monday Ms Lee will present her latest findings to the United Nations Human Rights Council in Geneva and will formally call for a Commission of Inquiry to be established, similar to the ones looking at abuses in places like North Korean and Syria.

Contacted by the BBC, both the UK and the EU refused to say they would support the establishment of a commission of inquiry.

A draft Human Rights Council resolution seen by the BBC proposes a watered down investigation.

Many are wary of doing anything that might be seen as undermining Myanmar’s elected leader.