The Futility of Secrets in the Age of Technology

The latest CIA leak proves that state actors no longer get to decide who can be privy to information stamped ‘secret’.

21 Mar 2017 – One of the jobs of so-called intelligence officers is to collect and carefully consider the facts and to offer sound, sober advice, devoid of hyperbole.

This is the deliberate, often mundane “connect the dots” side of intelligence-gathering that rarely, if ever, receives any popular attention or exposure.

By that espionage industry standard, former CIA officer and establishment media darling, Robert Baer, abandoned any sense of sobriety in response to the disclosure by WikiLeaks of previously hush-hush diplomatic cables penned by various State Department apparatchiks in 2010.

In a column for the Financial Times at the time, Baer donned what amounted to – metaphorically speaking – a “the end is nigh” placard because Julian Assange and crew had made public a trove of secret diplomatic dispatches that offered an unvarnished, if somewhat salacious, glimpse into the less than diplomatic world of international diplomacy.

“We cannot … put the toothpaste back in the tube; the credibility of the State Department as a reliable interlocutor has evaporated, and no doubt for a long time. While it figures out how to contain future damage,” Baer wrote, “we have to reassure our friends that we can keep a secret, especially those that are vital to their survival.”

Not done wailing that the supercilious, insular world of diplomacy and perhaps the world itself was hurtling towards extinction, Baer compounded this absurdity by warning that WikiLeaks had caused “incalculable” damage to “American credibility”.

A cavalry of other spooks, politicians, and pundits promptly and enthusiastically joined Baer in a frenzied, apocalyptic chorus not only to decry the criminally irresponsible spilling of so many cherished secrets, but also to make equally dire predictions about the consequences of that supposed criminality.

Turns out, Baer et al ought to have taken a big chill pill. Lo and behold, several years later, the world is still spinning on its axis.

Diplomats are, no doubt, still writing oodles of unflattering cables about all sorts of powerful people. And today we know that the principal architects of any grievous damage caused to American “credibility” are, unquestionably, that churlish, incompetent lout Donald Trump and the “dangerous imbecile” George W Bush – not Chelsea Manning. 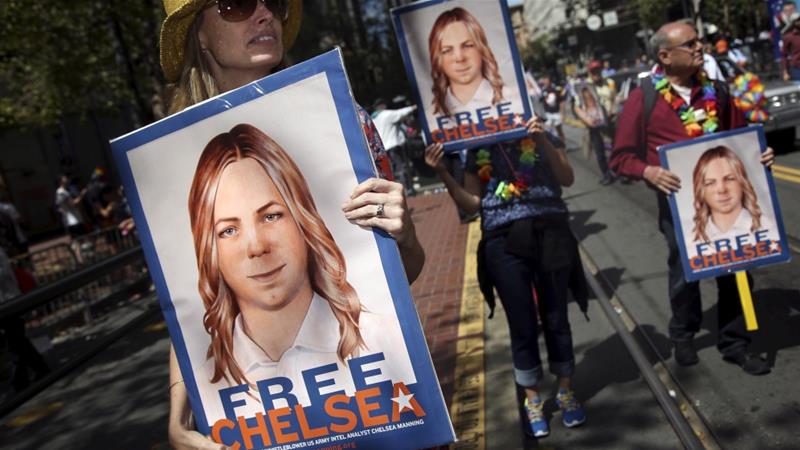 Of course, since 2010, vast amounts of official secrets have been revealed – courtesy of Manning, Edward Snowden and company.

Every disclosure is accompanied by a now familiar Baer-like bout of state-sanctioned hysteria about the inherent destructiveness it poses to existing institutional norms and practices.

These tantrums are not only predictable, but instructive. The histrionics are a palpable reflection of the following fact: the smug community of spies, bureaucrats and politicians has belatedly and grudgingly recognised that its provenance over secrets is being repeatedly and successfully challenged by actors inside and outside bureaucracies, seemingly beyond their control.

With every subsequent revelation, the traditional notion that secrets must remain secrets in order to keep state machinery functioning “to keep us safe” is losing its potency and, arguably, is becoming a silly anachronism.

Many secrets, I suspect, are declared secrets not to shield you and me from the bad guys – whoever they may be at the moment – but to inoculate spies, bureaucrats and politicians from exposure, embarrassment and censure. Usually, it’s their hides that are at stake, not ours.

Recently, more proof of this parochial instinct became apparent after WikiLeaks unveiled a cache of CIA documents purportedly detailing the agency’s cyberwar tactics that may include the ability to compromise Apple and Android devices and hack into ubiquitous tools connected to the internet – smartphones, televisions and computers.

On cue, a CIA spokesperson – channeling Baer – trotted out the tired rhetoric that the revelations “equip our adversaries with tools and information to do us harm”.

Not surprisingly, the “harm” such nefarious “tools” could inflict on hundreds of millions of unsuspecting citizens who watch TV, use phones or laptops wasn’t addressed by the CIA’s flack.

Ironically, the source of the mass leak most likely came, reportedly, from within the CIA. While the precise motivation behind this latest leak remains unclear, the effect of it was to confirm, yet again, that the powers-that-be no longer unilaterally get to decide who owns and can be privy to information stamped “secret” in the self-serving, amorphous name of national security.

You could, I suppose, call this impulse the democratisation of secrets in a technological age when those secrets can be downloaded on to a flash drive in, well, a flash.

OPINION: Wikileaks’ CIA document dump will cause a ripple effect

In this context, it’s the shocking audacity of the leakers to circumvent or, perhaps more accurately, to disregard the primacy of the well-entrenched “chain of command” that is considered truly dangerous, not necessarily the information they choose to share with you and me.

As such, Manning and Snowden needed to be crucified swiftly. Manning was imprisoned for years in solitary confinement, while Snowden has, in effect, been banished indefinitely into exile.

The explicit intent behind these blunt acts of retribution was to re-establish the supremacy of the secret keepers and to prevent future outbreaks of heresy or, put in another way, truth-telling.

But on this score, at least, Baer is right to suggest that, once opened, the Pandora’s box can’t be resealed.

Rather than being shunned and silenced, Manning and Snowden have become celebrated martyrs.

Clearly, the threat of jail for life, permanent exile, even the prospect of execution, didn’t prevent brave men and women of conscience such as Manning, Snowden and, long before them, Daniel Ellsberg, ultimately to choose the truth over continuing to serve the governments they once served.

In commuting Manning’s grim prison sentence, I believe President Barack Obama finally understood the futility, indeed the immorality, of slowly killing a young woman because she decided that Americans and the world should also know truths that some bureaucrats, somewhere happened to brand a “secret”.

The next Manning, Snowden or Ellsberg is surely out there; ready, willing and able to show us the “secrets” we need and, I dare say, have the right to see.

Andrew Mitrovica is an award-winning investigative reporter and journalism instructor.