3 Nov 2022 – Saifullah Paracha, a 75-year-old Pakistani, was released last week (29 October) after 19 years in the dungeons of Guantanamo Bay for no crime. He won’t even get an apology. 27 Sep 2021 – The latest US drone strike that obliterated a family in Afghanistan was a heinous crime. A “Hellfire” missile fired from a “Reaper” drone obliterated the Corolla and the 10 dead included Ahmadi and three of his children, Zamir, 20, Faisal, 16, and Farzad, 13, as well as his cousin, Ahmad 30, and three of Ahmadi’s nephews, Arwin, seven, Benyamin, six, and Hayat, two and two three-year-old girls, Malika and Somaya. 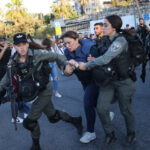 20 Jun 2021 – Israeli apartheid continues its brutal abuse of Palestinians even after the bombing of Gaza stops and Palestine disappears from Western TV screens. 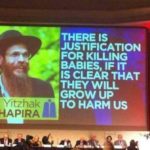 Cowardice. No other word suffices. No other word captures the signature essence of diplomats – from Canada, the United Nations, Europe – and their obscene, code-word-laced responses to the massacre of Palestinians. As Palestinians were getting killed in Gaza, political leaders around the world switched to their usual doublespeak.

The Futility of Secrets in the Age of Technology
Andrew Mitrovica – Al Jazeera, 27 Mar 2017

The latest CIA leak proves that state actors no longer get to decide who can be privy to information stamped ‘secret’.