Israeli apartheid continues its brutal abuse of Palestinians even after the bombing of Gaza stops and Palestine disappears from Western TV screens. 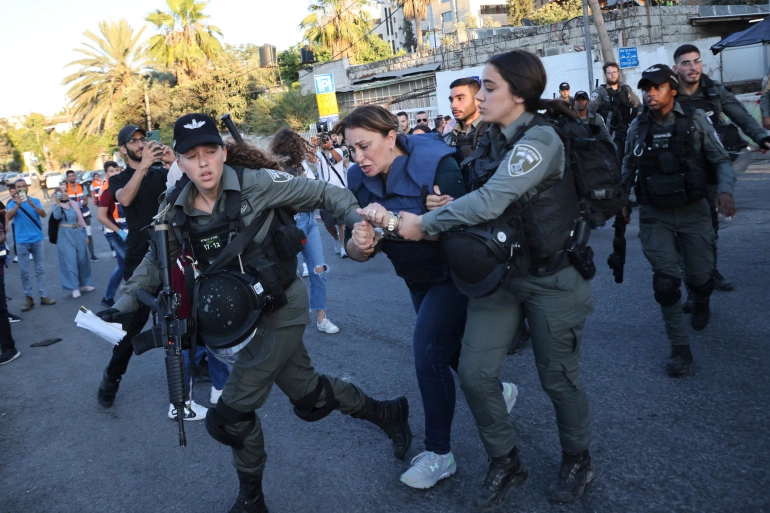 Still, Israel is obliged – as an inane, perfunctory public relations exercise – to trot out one of a familiar litany of “provocations” to justify traumatising, maiming and killing as many Palestinians as it wants to, whenever it wants to, by whatever means it wants to and for as long as it wants to.

This time, Israel’s $110-million-a-piece attack jets obliterated more of Gaza in sorties over several days after patches of parched, barren fields were set briefly on fire by so-called “incendiary” balloons filled with helium and tied together by Palestinian “militants” with string.

The “provocations” are a tired, exculpatory pantomime.

So, it does not matter a jot what the name of the latest Israeli prime minister is, which racist, boorish party he leads, or how he and his co-conspirators were able, with supposed Machiavellian-like skill, to cobble together a precarious coalition finally to get rid of the former guy. One indelible constant remains: the machinery of apartheid goes on, day after grinding day, in occupied Palestine as it has since the middle of the last century.

Here is another constant: just like the old, fanatical Israeli prime minister, the new, fanatical Israeli prime minister also knows that most Western establishment TV and newspaper editors pay fleeting attention to what Israel has done and is doing to Palestinians in occupied Palestine only when Israel decides to bomb Palestinians in occupied Palestine.

That means that every few years or so, after the “bang-bang” flares – that is reporter lingo for when the instruments of war go “boom” – usually invisible Palestinians pop up on Western cable news networks and on the opinion pages of Western newspapers to talk or write about how Palestinians have and continue to be stripped of their homes and land, jailed, tortured, traumatised, maimed and killed by a long succession of preening thugs in suits and uniforms.

This is another, by now, trite pantomime.

Offering Palestinians a little time and space to chronicle or condemn Israel’s crimes affords Israel-fawning Western TV and newspaper editors convenient cover to congratulate themselves for their equanimity and boast: “You see, Palestinians are having their say, too.”

All the while, these same TV and newspaper editors refuse to acknowledge that Israel has been found guilty by human rights groups of practising apartheid – as defined by international law and not as a hyperbolic cudgel – and has, since its engineered inception, wielded carte blanche licence not only to steal Palestinian homes and land, but to jail, torture, traumatise, maim and kill Palestinians with impunity.

Whatever discomfort they may privately harbour with the violent, illegal means Israel employs to systematically steal Palestinian homes and land or how many Palestinians Israel jails, tortures, traumatises, maims and kills, most Western TV and newspaper editors have always publicly defended Israel’s “right” to do all of the above – yesterday, today and tomorrow.

To challenge Israel’s “right” to defend itself against the existential threat allegedly posed by balloons, slingshots, burning tyres, kites, rocks or glorified, metallic firecrackers would be a sacrilegious act of geopolitical heresy.

This canonical editorial support for Israel is a near-verbatim reflection of the equally supplicant attitude towards Israel shared by most Western prime ministers and presidents whenever their ally and friend opts to unleash more “bang-bang” on imprisoned Palestinians in already grievously wounded occupied Palestine.

Here is Canadian spaceman turned foreign minister, Marc Garneau, not only rejecting – like the TV and newspaper editors who claim to hold him to account – any finding, from any quarter, that Israel is an apartheid state but implying, hysterically, that the “label” is an anti-Semitic trope.

“The position of the Liberal government is extremely clear on the question of the apartheid label,” Garneau said recently. “We reject it categorically … and we, of course, are completely against any anti-Semitism.”

When he is inevitably replaced as foreign minister by another pedestrian, cue card-reading mannequin, Garneau could well become an editorial writer at any of Canada’s newspapers that pen their standard apologia each time Israel traumatises, maims and kills Palestinians with its unlimited arsenal of “bang-bang” furnished by agreeable arms dealers in Ottawa and beyond.

The corollary to this stubborn phenomenon is, of course, that when the big, sustained displays of “bang-bang” stop, most Western TV and newspaper editors cease inviting Palestinians to talk or write about how Israel keeps stealing their homes and land, and jails, tortures, traumatises, maims and kills Palestinians with impunity in occupied Palestine.

Invariably, this translates into a lot fewer “live hits” by TV reporters – largely from the safety and welcoming bosom of Tel Aviv – describing the most recent “spasm” of the decades-old, “tit-for-tat conflict” that has caused death and suffering on “both sides” in almost equal measure.

And the lucky “voices” who got a rare snippet of time and space on cable news networks and in newspaper columns to air the Palestinian “perspective” during Israel’s 11-day deadly turkey shoot in Gaza vanish because their token presence is no longer required to provide audiences with the patina of balance and fairness.

Indeed, that Israel has resumed bombing Gaza no longer even registers as “news” for a lot of ho-hum Western TV and newspaper editors, most of whom – when the “plight” of Palestinians is concerned – possess the attention span of a frightened squirrel.

Anyway, “war” has not broken out again – yet. When it does, they will return to take a momentary peek. Until then, it is promptly back to rhetorical business as usual: Israel has the “right” to defend itself blah, blah, blah and those “militant” Palestinians just keep asking for a bloodied nose.

Meanwhile, Palestinians are left to endure, alone, and mostly out of sight, the trauma, indignities and provocations that long ago became a routine aspect of day-to-day life under Israel’s suffocating military occupation.

This is apartheid by stealth.

Militant, flag-waving Israeli religious zealots can descend on Palestinians in occupied East Jerusalem, shouting “Death to Arabs” and “may your village burn” and the TV and newspaper editors shrug.

A brother and sister who took to social media to expose the likely expulsion of Palestinians from the Sheikh Jarrah neighbourhood by rabid force are arrested and the TV and newspaper editors shrug.

More than 2,000 Palestinians are corralled like cattle and jailed shortly after a “ceasefire” is announced for resisting the inexorable destruction of occupied Palestine and its peoples, and the TV and newspaper editors shrug.

An 11-year-old Palestinian boy, Mazen Bessam, is arrested and “detained” by the aforementioned hoods – presumably to keep Israel safe – while his younger sister wept and pleaded for his release, and the TV and newspaper editors shrug.

As Human Rights Watch and others have documented in precise, persuasive detail, Israel’s execution of apartheid never ceases. It is committed against Palestinians before, during and after the voluble sounds and sights of “bang-bang” that temporarily attract the preoccupied eye of TV and newspaper editors who would much prefer, I suspect, to talk and write about the lunatic musings of Donald Trump.

The “bang-bang” is part of the ruthless continuum of Israel’s state-sanctioned and systemic persecution of Palestinians throughout occupied Palestine.

The wilful reluctance and failure of Western TV and newspaper editors to admit this demonstrable fact and fundamentally recalibrate their coverage of what is happening to Palestinians “on the ground” in occupied Palestine makes them complicit in the explicit, inhumane and disfiguring consequences of Israel’s persistent and unapologetic practice of apartheid.

The occasional appearance by a Palestinian on TV or in print whenever Israel reprises its explosive show of “bang-bang” is hardly redress for this pervasive, shameful blindness.

Andrew Mitrovica is an Al Jazeera columnist based in Toronto.