Why Should Trump―or Anyone―Be Able to Launch a Nuclear War?

The accession of Donald Trump to the U.S. presidency brings us face-to-face with a question that many have tried to avoid since 1945:  Should anyone have the right to plunge the world into a nuclear holocaust?

Trump, of course, is an unusually angry, vindictive, and mentally unstable American president.  Therefore, given the fact that, acting totally on his own, he can launch a nuclear war, we have entered a very perilous time.  The U.S. government possesses approximately 6,800 nuclear weapons, many of them on hair-trigger alert.  Moreover, the United States is but one of nine nations that, in total, possess nearly 15,000 nuclear weapons.  This nuclear weapons cornucopia is more than enough to destroy virtually all life on earth.  Furthermore, even a small-scale nuclear war would produce a human catastrophe of unimaginable proportions.  Not surprisingly, then, Trump’s loose statements about building and using nuclear weapons have horrified observers.

In an apparent attempt to rein in America’s new, erratic White House occupant, Senator Edward Markey (D-MA) and Representative Ted Lieu (D-CA) recently introduced federal legislation to require Congress to declare war before a U.S. president could authorize nuclear weapons strikes.  The only exception would be in response to a nuclear attack.  Peace groups are rallying around this legislation and, in a major editorial, the New York Times endorsed it, noting that it “sends a clear message to Mr. Trump that he should not be the first since World War II to use nuclear weapons.”

But, even in the unlikely event that the Markey-Lieu legislation is passed by the Republican Congress, it does not address the broader problem:  the ability of the officials of nuclear-armed nations to launch a catastrophic nuclear war.  How rational are Russia’s Vladimir Putin, or North Korea’s Kim Jong-un, or Israel’s Benjamin Netanyahu, or the leaders of other nuclear powers?  And how rational will the rising politicians of nuclear armed nations (including a crop of rightwing, nationalist ideologues, such as France’s Marine Le Pen) prove to be?  “Nuclear deterrence,” as national security experts have known for decades, might serve to inhibit the aggressive impulses of top government officials in some cases, but surely not in all of them.

Ultimately, then, the only long-term solution to the problem of national leaders launching a nuclear war is to get rid of the weapons.

This was the justification for the nuclear Non-proliferation Treaty (NPT) of 1968, which constituted a bargain between two groups of nations.  Under its provisions, non-nuclear countries agreed not to develop nuclear weapons, while nuclear-armed countries agreed to dispose of theirs.

Although the NPT did discourage proliferation to most non-nuclear countries and did lead the major nuclear powers to destroy a substantial portion of their nuclear arsenals, the allure of nuclear weapons remained, at least for some power-hungry nations.  Israel, India, Pakistan, and North Korea developed nuclear arsenals, while the United States, Russia, and other nuclear nations gradually backed away from disarmament.  Indeed, all nine nuclear powers are now engaged in a new nuclear arms race, with the U.S. government alone beginning a $1 trillion nuclear “modernization” program.  These factors, including Trump’s promises of a major nuclear weapons buildup, recently led the editors of the Bulletin of the Atomic Scientists to move the hands of their famous “Doomsday Clock” forward to 2-1/2 minutes to midnight, the most dangerous setting since 1953.

Angered by the collapse of progress toward a nuclear weapons-free world, civil society organizations and non-nuclear nations joined together to press for the adoption of an international treaty banning nuclear weapons, much like the treaties already in place that ban chemical weapons, landmines, and cluster bombs.  If such a nuclear ban treaty were adopted, they argued, it would not itself eliminate nuclear weapons, for the nuclear powers could refuse to sign or comply with it.  But it would make possession of nuclear weapons illegal under international law and, therefore, like the chemical and other weapons ban treaties, put pressure on nations to fall into line with the rest of the world community.

This campaign came to a head in October 2016, when the member states of the United Nations voted on a proposal to begin negotiations for a treaty to ban nuclear weapons.  Although the U.S. government and the governments of other nuclear powers lobbied heavily against the measure, it was adopted by an overwhelming vote:  123 countries in favor, 38 opposed, and 16 abstaining.  Treaty negotiations are slated to begin in March 2017 at the United Nations and to be concluded in early July.

Given the past performance of the nuclear powers and their eagerness to cling to their nuclear weapons, it seems unlikely that they will participate in the UN negotiations or, if a treaty is negotiated and signed, will be among the signatories.  Even so, the people of their nations and of all nations would gain immensely from an international ban on nuclear weapons―a measure that, once in place, would begin the process of stripping national officials of their unwarranted authority and ability to launch a catastrophic nuclear war. 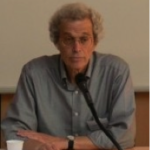 Anticopyright: Editorials and articles originated on TMS may be freely reprinted, disseminated, translated and used as background material, provided an acknowledgement and link to the source, TMS: Why Should Trump―or Anyone―Be Able to Launch a Nuclear War?, is included. Thank you.