Time and time again, Roma communities have been drawn into national asylum policy debates. Today is no different. 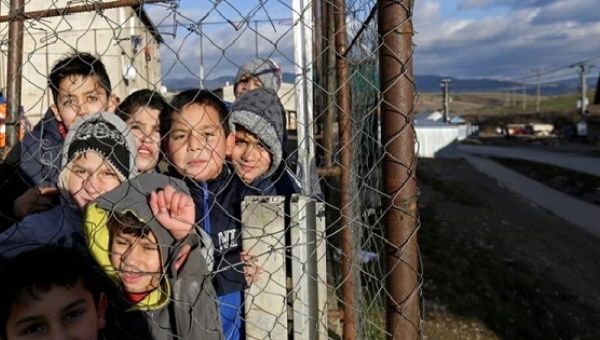 Romani communities enjoy only a qualified inclusion within European nation states as they are never fully integrated. | Photo: Reuters

8 Apr 2017 – The refugee crisis in Europe brings with it collateral damage. The flight of people from Syria and other conflict zones has been well-documented and the policy challenges for governments have generated blanket coverage. But there have also been spill-over effects on other marginalized groups, particularly the Roma.

RELATED: Europe Can No Longer Pretend to Respect Human Rights

Romani minorities like Manouche, Kale and Sinti have lived in Europe since the 14th century when they arrived from India, and have been in Europe often for as long as majority populations. You will find Roma in every European country. There are some 10-12 million Romani people on the continent, according to the European Commission, and they often suffer from socio-economic marginalization. They are singled out as unwanted foreigners and deemed perpetual migrants and outsiders.

This group has consistently struggled to gain acceptance, and now they face the headwinds created by a new influx of people. In October 2016 the Council of Europe published a document that examined how Romani minorities in Europe were affected by the 2015-16 refugee crisis. One of the main effects cited in this document was the rise of right-wing populism and attitudes, which has resulted in an increased incidence of “Romaphobia” in politics and the media.

The link between the two groups is inescapable. Time and time again, Romani communities have been drawn into national asylum policy debates raising issues of inclusion, integration and belonging. Romaphobic ideas can be found in mainstream politics and media. It is not the sole preserve of the far right. In fact, the failure of different states to adequately integrate Roma has been used as a justification to exclude other asylum seekers.

While the Western Balkan route was still open, from Sept 2015 to March 2016, one of the plans to address the refugee crisis was the EU Emergency Relocation scheme. The Visegrad countries — the Czech Republic, Slovakia, Poland and Hungary — all openly opposed the quotas envisaged under this scheme, even though only Hungary was positioned on the route and was affected by a larger number of refugees seeking access.

“After all, let’s be honest, we aren’t even capable of integrating our own Romani fellow citizens, of whom we have hundreds of thousands. How can we integrate people who are somewhere completely else when it comes to lifestyle and religion?”

Opposition to refugee quotas was therefore legitimized by recourse to the Roma, and in the words not of an extremist party leader, but a prime minister from mainstream politics.

Of course, the refugee crisis has shown too that Europe can be welcoming to those in need. Post-Yugoslav states along the Western Balkan route took a more benevolent approach as highlighted by an incident in Croatia during October 2015.

It all started when a three-year-old girl was found in a park in the small town of Velika Gorica, half an hour’s drive from the capital, Zagreb. For a month Croatian authorities believed that the girl had become separated from her refugee parents while on her way to Western Europe. Local media were filled with sympathy and feverishly reported on the story, hoping to reunite the girl with her parents. After a month of speaking different Middle-Eastern languages to the girl, she responded to a local language: a Bayash language, which is spoken by a large number of Roma in Croatia.

Immediately, the tone of the coverage changed. Croatian national television moved on to asking how parents could leave their child behind, even suggesting that the child was abandoned due to bad behaviour, as if this is something which Roma would do. The empathy and appeal to humanity was lost as soon as it was established that she was Roma and not an “innocent” refugee.

The Roma were caught in the crossfire again as the refugee crisis presented an opportunity to change asylum legislation. In October 2015, in response to the arrival of a large number of refugees, Germany changed its asylum policy to add new “safe countries of origin” — including Kosovo, Albania and Montenegro — to a list which included other Western Balkan countries.

It was an exercise in political expediency, which sought to slow the flow of refugees through the Balkan states as the refugee crisis ramped up. And so while Germany accepted refugees from some countries (such as Syria) under the new policy, Roma can now be returned to countries of origin in the Western Balkans. It is, however, questionable, if after decades living in Germany, they have anywhere to return to. And there is the obvious question of whether they are indeed safe in the countries now designated as such, when there is evidence to the contrary from Roma testimony.

Romani communities enjoy only a qualified inclusion within European nation states as they are never fully integrated. Over the years, this has translated into a precarious position as second-class citizens. Stereotypes have been perpetuated which fuel the idea that Roma do not really belong and which foster discrimination which restricts Roma access to education, employment, and housing. Witness recent anti-refugee rhetoric in Hungary which has galvanized anti-Roma attitudes. It means that they are particularly vulnerable to the kinds of shocks brought about by the refugee crisis: while the Romaphobic rhetoric escalates, their marginalization intensifies and is normalized.

The fact that this type of talk has migrated from the extreme right to the mainstream is perhaps the most worrying trend, and serves to highlight the broader story around the refugee crisis. The position of Roma has maybe always been the canary in the coal mine, a signal that Europe has always struggled with a crisis of inclusion of marginalized groups, and a fragile ability to accommodate diversity.

This article was originally published on The Conversation.