Prescribing Crisis: Overwhelmed by a Sea of Despair

A profit-hungry pharmaceutical industry and an indifferent political class are fueling the deadly opioid epidemic. 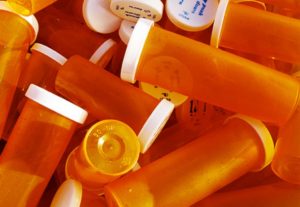 6 Apr 2017 – In early March, West Virginia passed an ugly milestone: A state program designed to provide money for burial assistance for needy families ran out of funds nearly four months before the end of the fiscal year.

This is the fifth year in a row that money for the program ran out. The main cause? Increased deaths resulting from the worst opioid epidemic in any state in the United States. Deaths from drug overdoses in the state climbed to nearly three times the national average in 2015.

But West Virginia isn’t alone. The opioid epidemic has reached such proportions in Ohio that the coroner for Stark County, where the city of Canton is located, had to ask the state Emergency Management Agency for a cold storage trailer — the kind used at disaster scenes — to store the overflow of bodies from the morgue.

According to the Ohio Department of Health, the number of opioid-related deaths — including overdoses from both illegal opioids like heroin and prescription versions like fentanyl and OxyContin — was 296 in 2003. By 2015, that number had jumped to 2,590 — a 775 percent increase.

In an interview with the Washington Post, Rick Walters, an investigator for the Stark County coroner’s office, said, “I’ve been involved in public safety for forty-some years. I remember the drug problem we had in the late sixties and early seventies when I joined the department. The fatality numbers were nothing even close to this.”

Headlines from the Washington Post in recent months paint a grim picture of the opioid addiction crisis stalking America:

“A 19-pound 5-year-old died of an overdose. Prosecutors blame his parents — and OxyContin.”

“A 7-year-old told her bus driver she couldn’t wake her parents. Police found them dead at home.”

Across the country, opioids killed more than thirty-three thousand people in 2015, more than any year on record. That’s just under the number of fatalities from car crashes.

The epidemic is increasingly severe in smaller cities and towns in the Rust Belt — the onetime industrial center of the United States that has suffered from decades of economic decline, population loss, infrastructure decay, and declining living standards. In 2015, the top five states for drug overdoses were Ohio, West Virginia, New Hampshire, Kentucky, and Rhode Island.

One stark illustration of just how severe the crisis is came in mid-March. At a town hall meeting with Democratic senator Bernie Sanders in McDowell County, West Virginia, host Chris Hayes asked how many in the audience had lost a loved one to the opioid epidemic. Nearly half of the audience members raised their hands.

Sanders excoriated the pharmaceutical industry for making “billions in profits by getting young people addicted and ruining their lives.”

He wasn’t exaggerating. Nationally, nearly half of all opioid overdose deaths in 2015 involved a prescription drug. A December investigation by the Charleston, West Virginia Gazette-Mail found that from 2007 to 2012, pharmaceutical companies shipped more than 780 million doses of hydrocodone and oxycodone to West Virginia — approximately 433 pain pills for every man, woman and child in the state. 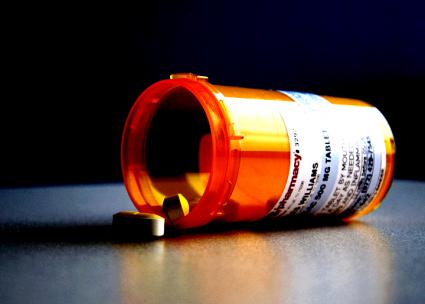 Now, some manufacturers are finding ways to exploit the addiction and overdose crisis to maximize profits.

Recently, an advisory panel of the Food and Drug Administration determined that a powerful opioid painkiller named Opana ER had risks of abuse that outweigh its potential benefits.

Opana ER is an update on an earlier version of the drug, reformulated to make it harder to crush — under the theory this would help prevent it from being abused through snorting. Instead, drug users found that they could inject the reformulated drug for a more powerful high — the numbers of those injecting it are estimated to have doubled.

In 2015, use of Opana ER among intravenous drug users who shared needles was linked to an outbreak of HIV in rural Scott County, Indiana — the home state of Mike Pence, now the vice president, but then governor of the state.

Pence’s solution to this public health crisis? Local and state health officials and even law enforcement begged him to implement a clean-needle exchange program, but Pence refused to act for more than two months, saying he would “pray” on it.

Pence finally issued an executive order allowing syringes to be distributed, but he explicitly prohibited counties from using state funds to purchase syringes. Meanwhile, a total of 181 people who lived in or used drugs in Scott County contracted HIV.

And the connection to pharmaceutical company profits? It turns out that the real motive for reformulating Opana was financial — to block competition from generic versions of the drug, which could have decreased net sales by up to $135 million, NPR reported.

The opioid epidemic ravaging communities across the country is one aspect of a deep social crisis impacting workers and the poor.

It shouldn’t be surprising that the crisis is sharpest in Rust Belt communities, where deindustrialization and job losses have caused deepening poverty and alienation. Such communities are emblematic of what researchers Anne Case and Angus Deaton have called a “sea of despair” engulfing white, working-class Americans.

Because of poverty, racism, and a host of other factors, working-class and poor African Americans in particular continue to suffer a staggeringly high mortality rate. But Case and Deaton have found that “the death rate of midlife non-Hispanic white Americans had risen steadily since 1999,” in contrast to a decline for blacks and Latinos.

Their original study in 2015 cited a spike in mortality for middle-age white women due to overdoses, alcoholism, and suicide — something unprecedented in a wealthy Western nation.

Last month, Case and Deaton updated their study — and found that the trend has continued. The immediate source of the increasing death rates, according to the researchers, is the struggle to find work in early adulthood among whites who are less educated. This puts them at a “cumulative disadvantage” that leads to an increase in health and personal problems, including physical pain, that can result in drug overdoses, alcohol-related liver disease, and suicide.

Whites continue to have longer life expectancy than African Americans and lower death rates, but that gap has narrowed since the late 1990s. The picture may have shifted again around the Great Recession, however: Graphs accompanying the new paper suggest that death rates for Blacks with only a high-school education began rising around 2010 in many age groups, as if following the trend that began about a decade earlier among whites.

White men continue to die at higher rates than white women in every age group. But because women started with lower death rates, the recent mortality increase reflects a greater change in their likelihood of dying early. The numbers reported by Case and Deaton suggest that white men today are about twice as likely as they were in 1999 to die from one of the “diseases of despair,” while women are about four times as likely.

While there have been some criticisms raised about Case and Deaton’s study, the phenomenon they are reporting on appears to be real. Their work points to the impact of a whole constellation of social and material factors that have contributed to declining living standards for working-class whites since the 1970s.

This is more evidence of the growing immiseration of a section of US workers who were promised the “American Dream” in the past, but face grimmer prospects in the present and future. Of course, the “American Dream” was never in reach for black workers and other groups, but Case and Deaton’s study illuminates a social crisis affecting all workers, with seismic consequences. As Keeanga-Yamahtta Taylor said in a Socialism 2016 speech:

The privileges of white skin run very thin in a country where nineteen million white people languish in poverty. Apparently, the wages of whiteness are not so great to stop millions of ordinary white people from literally drinking and drugging themselves to death to escape the despair of living in this so-called “last, best hope of earth.”

In the face of all this, there has been almost no political action.

One reason is the fact that mainstream political leaders have their hands deep in the pockets of the drug industry, particularly opioid manufacturers.

A September report from the Associated Press and Center for Public Integrity found that pharmaceutical companies and allied groups spent more than $880 million on campaign contributions and lobbying at the state and federal government levels between 2006 and 2015 — “more than eight times what the formidable gun lobby recorded for similar activities during that same period.”

That’s chump change for the industry, however — especially companies manufacturing lucrative opioids. “Purdue Pharma, the maker of OxyContin and one of the largest opioid producers by sales, pulled in an estimated $2.4 billion from opioids [in 2015] alone,” the report notes.

And Purdue, like other drug companies, is happy to contribute to both parties. “Purdue, with $100,000 in 2015 alone, tied with four other entities for top contributor to the Democratic Attorneys General Association; it was among the top 10 donors to the Republican group, giving more than $200,000,” the Center for Public Integrity reported.

From 2006 to 2015, members of an industry lobbying group known as the Pain Care Forum contributed to more than 8,500 candidates across the country. In return, some of those public officials supported or killed legislation that would have curtailed prescriptions for opioids and implemented other restrictions on drugs that might have hurt the companies’ bottom lines.

For his part, while Donald Trump repeatedly decried the opioid epidemic on the campaign trail and promised to expand access to drug treatment, his push to repeal the Affordable Care Act would have ended the federal requirement that services for addiction and mental-health treatment be covered under Medicaid — at least in the thirty-one states that expanded it under Obama’s ACA.

If there was any further proof needed that Trump isn’t serious about combating the opioid crisis, all you need to know is the person who Trump has put in charge of the issue: Chris Christie.

In late March, Trump announced that he was appointing the corrupt New Jersey governor to lead a commission on fighting the opioid crisis. As governor, Christie expanded some addiction services, but he is a political laughingstock these days, with two of his former staffers sentenced for conspiracy and fraud and the governor himself possibly facing charges soon.

A real solution to the opioid epidemic would involve a massive expansion of health care, including free, fact-based addiction treatment; the creation of well-paying jobs with benefits; increased social spending; and a strengthening of the tattered social safety net that today’s workers must struggle not to fall through.

None of that, however, is on offer. Certainly not from Trump, whose slash-and-burn budget proposal will only deepen the crisis, nor from the Democratic “opposition,” which may claim to feel workers’ pain, but has contributed to the problem during eight years of a Democrat in the White House.

If we want to stop the crisis ravaging communities across the country, we’ll need to fight to make sure that the policies that can save people’s lives don’t fall by the wayside yet again.

Nicole Colson is a contributor to Socialist Worker.