The Cell Was My Canvas

The Cell Was My Canvas, by Raymond Watson 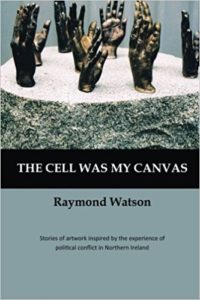 “Art is the antithesis of conflict – conflict causes destruction; art is about creation.”

10 Apr 2017 – Watson’s journey, from a teenaged boy’s involvement in the conflict in Northern Ireland as an IRA fighter to years in a British prison to his development into an important artist today while he holds fast to his commitment to peace and social justice, is a fascinating read. Fortunately there are photographs of Watson’s many works of art throughout the book accompanied by tales of their creation.

Not least of these is the sculpture on the book cover, “The Hands of History”. The hands are those of the signers of the Good Friday Agreement in 1998 which ended almost thirty years of violent conflict in Northern Ireland.

The ‘behind the scenes’ stories of each art work, how he conceived the idea, the cultural context, chose the medium, the historic roots of his inspiration and the final exhibition of the work are fascinating. The story about getting the politicians of the Good Friday Agreement to allow their hands to be molded is worth the price of the book alone. But there is much more: Watson is deeply rooted in Irish history and mythology while living in the present and very aware of the obstacles to peace today.

I first met Watson at a peace conference in Guernika, Spain. He told us about his past in prison and the use of feces as an art medium in his cell and then spoke about his major creation involving hundreds of Irish people, the Belfast Flag Project. More than 10,000 flags were made by Irish citizens, from children to seniors, on both sides of the conflict and were installed in lines criss-crossing the different sectors and barriers of Belfast – a city still living with the wounds of conflict.  In fact, Watson, always hand-on and personal, had the conference participants make flags as part of his presentation. 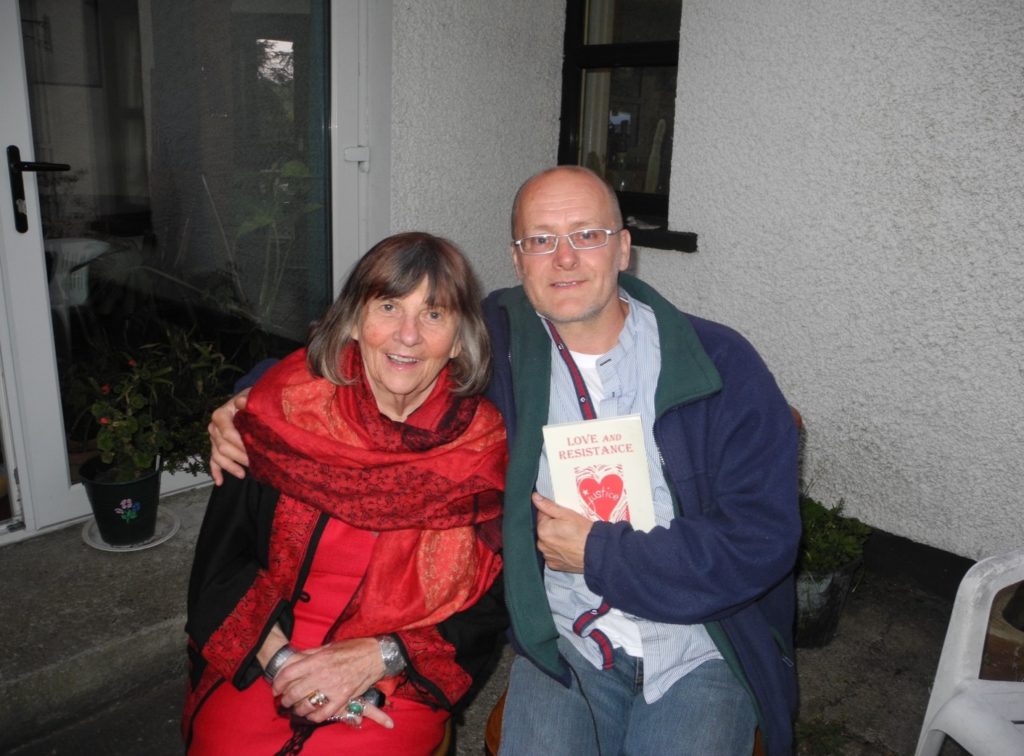 We need more of this inspiration, as Watson quotes William Kelly saying, “A painting will not stop a bullet, but a painting might stop a bullet being fired.” Art can empower and give hope and as Watson shows it has the potential to transform the hearts and minds of people everywhere; it is the universal language of social change.

Today Watson continues his peace art work with schools and community groups, committed to using art and creativity as integral and central to the world of peace and justice. He is still young and full of ideas and art; there will have to be another book in a few decades – maybe sooner –  to see the tale of this continuing journey  which he describes as, “the work that explores issues of conflict and communal discord and its resolution, as well as human rights issues.”

Theresa Wolfwood is an activist, writer and artist who lives and works in Victoria and Hornby Island, BC, Canada.  Her poetry collection Love and Resistance was published by Smallberry Press, UK. Some of her work may be found on: www.bbcf.ca

Anticopyright: Editorials and articles originated on TMS may be freely reprinted, disseminated, translated and used as background material, provided an acknowledgement and link to the source, TMS: The Cell Was My Canvas, is included. Thank you.