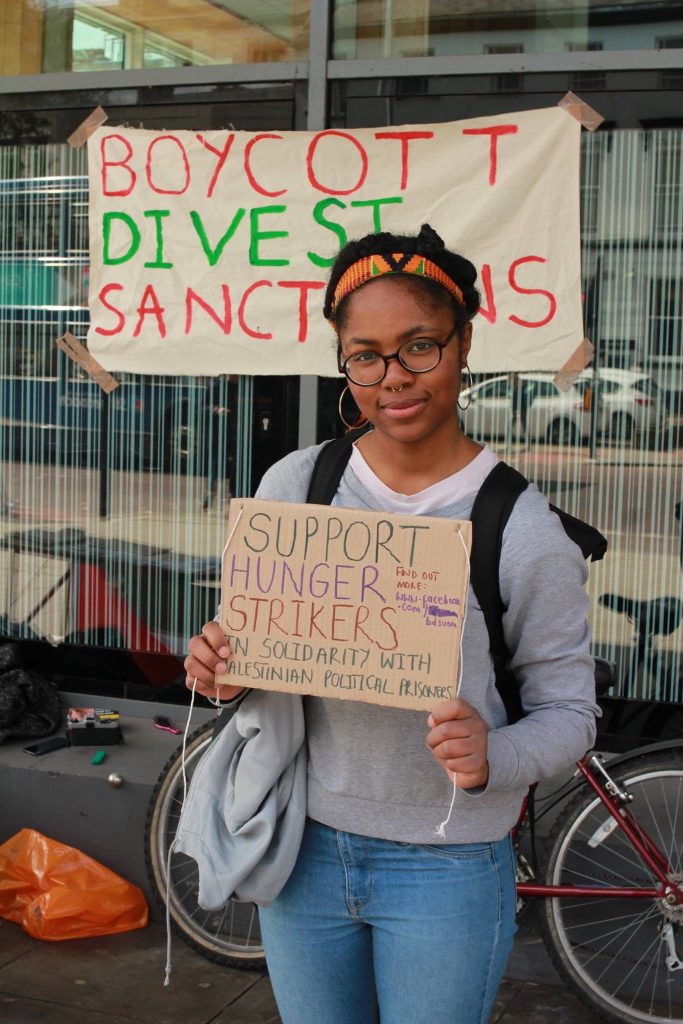 BDS activists at the University of Manchester in the UK are planning a hunger strike in solidarity with Palestinian prisoners. (Photo: thetab.com)

9 May 2017 – Today, the mass hunger strike by Palestinians in Israeli prisons is in its critical fourth week, at which point the hundreds of hunger strikers may find standing up difficult or impossible.  Heeding the call to action issued on May 6 by the Palestinian Prisoners’ Movement  leading this strike to end Israeli violations of Palestinian rights and to ensure dignity and humane conditions for political prisoners,  the Palestinian BDS National Committee (BNC) calls:

Support for the demands of the Palestinian prisoners’ mass hunger strike has spread through several Arab countries, especially Egypt, Jordan, Lebanon and Morocco, with a growing number of celebrities joining the #SaltWaterChallenge. Palestinian trade unions have also expressed their support, as have human rights defenders around the world.

The BNC is confident that this hunger strike demanding dignity and freedom will further nourish nonviolent popular resistance to Israeli injustice and advance the BDS movement’s aspirations for freedom, justice and equality.

The Palestinian BDS National Committee (BNC) is the largest coalition in Palestinian civil society. It leads and supports the global Boycott, Divestment and Sanctions movement. For more information, visit www.bdsmovement.net/BNC.