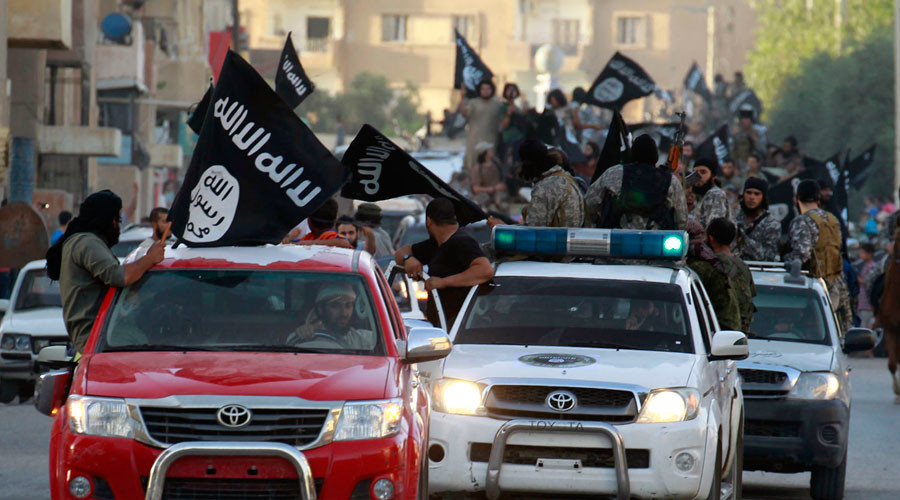 24 Apr 2017 – The US has never liberated a Middle Eastern country – ever. And the fear of the civilians in Mosul is understandable considering the indiscriminate carnage occurring there. — Mike Raddie, editor, BSNews, human rights activist.

Iraqi forces, backed by the US, launched an offensive against ISIS in Mosul over six months ago.

Despite retaking some of the districts from the terrorists, there are still thousands of civilians trapped in the war-torn city. According to the United Nations, up to 400,000 people have been displaced since the start of the US-led operation to liberate Mosul from ISIS.

RT:  We see that a lot of humanitarian organizations are present on the ground in Mosul. However, civilians still lack medical help, and medics are struggling to attend to them. Do you think relief will come any time soon?

Mike Raddie: It is hard to say. I know that the hospitals in the area are feeling pressure because they are running out of facilities. The areas that were occupied by [ISIS/ISIL/DAESH] were looted, and what they couldn’t take with them has been destroyed. They are lacking medical machinery. I know that some of the NGOs have managed to donate x-ray machines to operating theaters, but thee are other things they are completely lacking. Considering the hospital 60 miles south of Mosul serves a huge population, I think we need to do more on the ground to help the people there.

‘No other place to take them’: Devastated Mosul hospital struggles to treat injured patients (VIDEO)

RT:  Despite the many reports that the humanitarian situation in Mosul is dire, the battle for the city hasn’t relented.  Does retaking the city justify all this civilian suffering?

MR: No. This is the exact opposite of how the Syrian Arab Army goes about liberating cities across the border. The US and the coalition have relied almost exclusively on airstrikes. The civilian death toll from B-52 airstrikes, or missile strikes, is horrendous. What the Syrian Arab Army did in place is like Aleppo arms and Homs is they went door to door. This is the only way that you can cope with urban warfare. This is the only way that you can defeat ISIS on the ground. Otherwise the civilian casualties will be enormous. It is really counter-predictive, when Western forces are so reliant on airstrikes. It definitely doesn’t work in places like Mosul because it is such a tightly built-up city with tiny alleyways and small roads, but lots and lots of apartments. We’ve already seen perhaps up to half a million people have fled the city. But there are still, any more trapped there. Just like in Aleppo it is going to take more than airstrikes. I think the model that the Syrian Arab Army used, which was meticulous door-to-door is what’s needed in Mosul now. It is not happening unfortunately. I think for the time being civilians are going to come under increasing pressure, not just because of lack of resources and humanitarian aid, but also because of coalition airstrikes.

RT:  A Mosul morgue has been reaching full capacity. Is this the kind of so-called collateral damage that’s to be expected in a situation like this?

MR: That is what they call it, yes. But they know what they are doing. The coalition knows there is going to be civilian causalities. They know that they are bombing areas where ISIS is holding prisoners captive, acting as human shields. It is really careless and in fact reckless, not to mention against international law to use airstrikes in areas like this. What we’re finding in Syria is that the people that were held captive were completely reliant on the Syrian Arab Army, when they went in and liberated them.

That is not the case at the moment in places like Mosul. Certain areas of the city are being liberated. But ISIS has not been defeated there as yet. There is still a very strong ISIS stronghold. What we’re also seeing is ISIS that are fleeing Mosul crossing border into Syria and heading towards Raqqa and then up to Deir ez-Zor. This is becoming the ISIS stronghold, or the terrorist stronghold in Syria.

The US has never been a liberator. They’ve never liberated a Middle Eastern country – ever. And I can understand the fear of the civilians in Mosul. What they see in terms of US airstrikes is indiscriminate carnage. They can’t defend themselves against this … The US airstrikes and the coalition airstrikes are becoming really counter-productive and I think they are really fueling the conflict. If people on the ground can see what the US is doing they’re likely to become radicalized and anti-US, and possibly even sign up with terrorist organizations.