Stuck in the Middle, South Korea Has Few Options for Securing Peace with Its Northern Neighbour 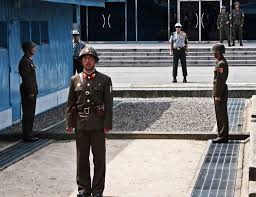 The demilitarised zone between North and South Korea is one of the last bastions of the Cold War. TopTenz

25 Apr 2017 – In the culmination of weeks of growing tension in the region, the US aircraft carrier USS Carl Vinson and a Navy carrier strike group is expected to arrive off the coast North Korea today, just as the reclusive nation celebrates the anniversary of its military’s founding.

Experts fear that Pyongyang may mark the occasion with a missile or nuclear test, and Chinese President Xi Jinping called US President Donald Trump on Monday to urge him to show restrain in the face of North Korean provocation. A day earlier, North Korea said it was prepared to bomb USS Carl Vinson.

Since the inauguration of US President Donald Trump, tensions have ramped up on the Korean peninsula, largely due to a series of provocative actions by North Korea.

As unease builds, the country with the most at stake due to its proximity to its fraternal neighbour, South Korea, seems to be in the most hapless position. What then are the strategic options that South Korea potentially has to navigate its national security interests into the future? 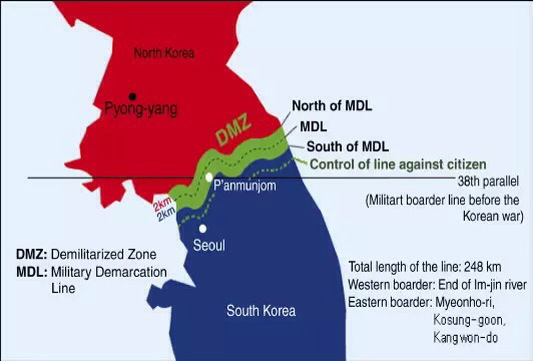 The political geography of the Korean peninsula has always been complicated. Historically, it was the route of invasion for rival empires in Northeast Asia, and often regarded as a dagger pointing at the heart of China and Japan.

This gave historical rivals China and Japan an abiding interest in being able to at least influence developments on the peninsula – if not to control them.

Since the end of the second world war, the Koreas have been of geopolitical interest to China, Japan, Russia and the United States. In the immediate aftermath of the second world war, the peninsula was partitioned across the 38th parallel as a temporary administrative measure, with the Soviet Union administering the north and the United States administering the south, before UN-supervised elections could decide the fate of Korea.

This temporary partition hardened after the Korean War, creating the status quo that exists until today.

The “satisficing” solution has been to ensure that no one power is able to dominate the entire peninsula; that an equilibrium of great power interests in the Korean peninsula, today between China and the United States, be maintained. 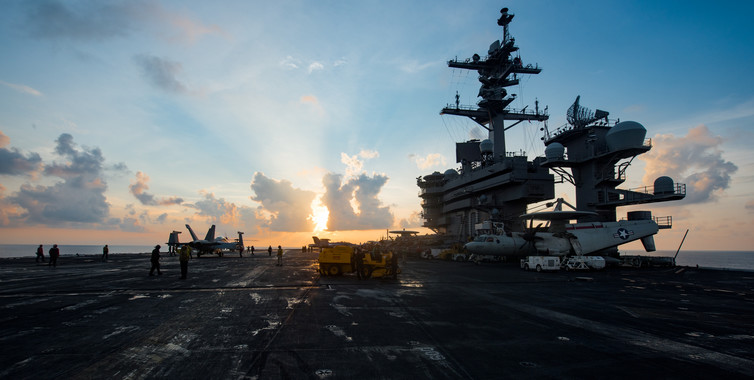 The USS Carl Vinson transits the South China Sea on the way to the Korean peninsula.
US Navy photo by Mass Communication Specialist 3rd Class Matt Brown/Handout via Reuters

The geopolitics of the Korean peninsula was further complicated by the overlay of ideological conflict since the start of the Cold War – with the North supported by the former Soviet Union and China, and the South supported by the United States. This has persisted into the 21st century.

Ideology ought to dictate that China and North Korea are close. Indeed, while North Korea has been slapped with a number of sanctions since the emergence of its nuclear program following the collapse of the former Soviet Union, China has been the principal source of economic and technological aid for Pyongyang.

The introduction of the nuclear question has added a further layer of complication to the geopolitical equation. How North Korea was able to develop a nuclear program is a question that has never been answered. And both China and Russia condemned North Korea in the wake of its 2013 nuclear test.

Finally, the economic geography of Northeast Asia makes a vibrant relationship with South Korea of great importance to China; South Korea’s largest trading partners are China and the US.

In 2015, South Korea exported a total of US$137 billion in goods and services to China and US$70 billion to the US, while importing US$90 billion and US$44 billion respectively.

China’s relationship with both Korean states has evolved ever since Beijing and Seoul established formal diplomatic relations in August 1992. Its relationship with North Korea has sometimes been portrayed as being “closer than lips are to teeth”.

But China has started to act in a more muscular fashion against North Korea recently. Its willingness to support a UN Security Council motion to condemn North Korea for its recent destabilising behaviour and the possibility that China may freeze oil exports to North Korea if the latter conducts more missile or nuclear tests are testament to its growing impatience.

Nevertheless, the picture is still rather more complicated. China and South Korea are in a mutually beneficial economic relationship; whereas North Korea is dependent on China.

At the same time, it may still be in China’s interest to tolerate North Korea’s behaviour, since the nightmare scenario for Beijing is surely one where the Korean peninsula is reunited under a pro-US Seoul government. China’s angry reaction to the recent South Korean decision to allow the missile defence system known as THAAD to be deployed there provides ample evidence of this.

Given this complicated political geography of the Korean peninsula, what are the strategic options available to South Korea in the face of what appears to be growing belligerent behaviour from North Korea?

The reality is that, as a middle power, South Korea cannot afford to alienate either China or the US, or even Japan for that matter. Militarily, South Korea still depends on the US.

South Korea is at best a second-tier arms producer, and its indigenous defence industry has been characterised by Asia-Pacific defence expert Richard Bitzinger as “technonationalism” – fulfilling nationalist ambitions rather than supplying military equipment that is genuinely good.

The decision to station the US THAAD system in South Korea is a further indication of Seoul’s dependence on the US for its national security.

What’s more, South Korea cannot afford to alienate China either – for both economic as well as strategic reasons. China is universally acknowledged as absolutely central to the resolution of the North Korea problem, recent rhetoric from Washington notwithstanding.

And the economic relationship between South Korea and China is simply too profitable for either to want to jeopardise it. China is, after all, South Korea’s largest export market.

The path for South Korea must, as a consequence, seek to strike a balance in its respective strategic and economic relationships. In 1972, Jerry Raferty and Joe Egan wrote the song, “Stuck in the Middle”. It neatly encapsulates South Korea’s strategic dilemma – stuck between a belligerent fraternal nation in the north and great powers in all other directions.