The Universal Lesson of the Courage of East Timor

On May 5, John Pilger was presented with the Order of Timor-Leste by East Timor’s Ambassador to Australia, Abel Gutteras, in recognition of his reporting on East Timor under Indonesia’s brutal occupation, especially his landmark documentary film, Death of a Nation: the Timor Conspiracy. The following was Pilger’s response… 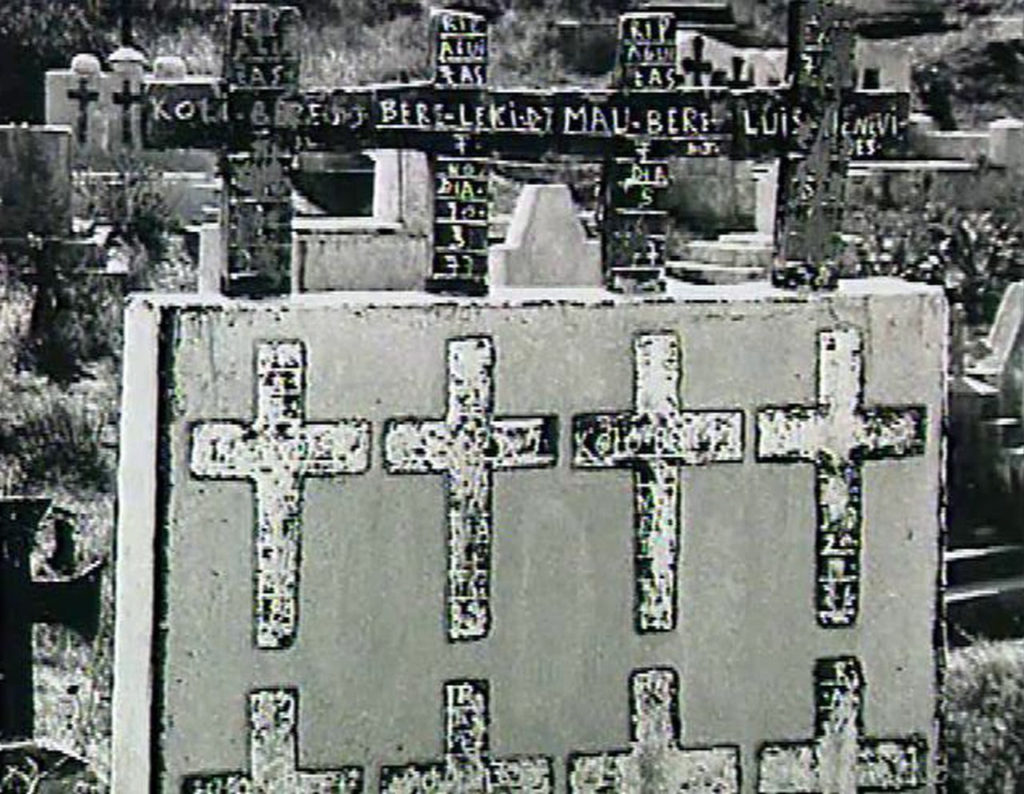 Filming undercover in East Timor in 1993 I followed a landscape of crosses: great black crosses etched against the sky, crosses on peaks, crosses marching down the hillsides, crosses beside the road. They littered the earth and crowded the eye.

The inscriptions on the crosses revealed the extinction of whole families, wiped out in the space of a year, a month, a day.  Village after village stood as memorials.

Kraras is one such village. Known as the “village of the widows”, the population of 287 people was murdered by Indonesian troops.
Using a typewriter with a faded ribbon, a local priest had recorded the name, age, cause of death and date of the killing of every victim. In the last column, he identified the Indonesian battalion responsible for each murder. It was evidence of genocide.

I still have this document, which I find difficult to put down, as if the blood of East Timor is fresh on its pages.

In 1987, I interviewed Arthur Stevenson, known as Steve, a former Australian commando who had fought the Japanese in the Portuguese colony of East Timor in 1942. He told me the story of Celestino dos Anjos, whose ingenuity and bravery had saved his life, and the lives of other Australian soldiers fighting behind Japanese lines.

Steve described the day leaflets fluttered down from a Royal Australian Air Force plane; “We shall never forget you,” the leaflets said. Soon afterwards, the Australians were ordered to abandon the island of Timor, leaving the people to their fate.

When I met Steve, he had just received a letter from Celestino’s son, Virgillo, who was the same age as his own son. Virgillo wrote that his father had survived the Indonesian invasion of East Timor in 1975, but he went on: “In August 1983, Indonesian forces entered our village, Kraras. They looted, burned and massacred, with fighter aircraft overhead. On 27 September 1983, they made my father and my wife dig their own graves and they machine-gunned them. My wife was pregnant.”

The Kraras list is an extraordinary political document that shames Indonesia’s Faustian partners in the West and teaches us how much of the world is run. The fighter aircraft that attacked Kraras came from the United States; the machine guns and surface-to-air missiles came from Britain; the silence and betrayal came from Australia.

The priest of Kraras wrote on the final page: “To the capitalist governors of the world, Timor’s petroleum smells better than Timorese blood and tears. Who will take this truth to the world? … It is evident that Indonesia would never have committed such a crime if it had not received favourable guarantees from [Western] governments.”

As the Indonesian dictator General Suharto was about to invade East Timor (the Portuguese had abandoned their colony), he tipped off the ambassadors of Australia, the United States and Britain. In secret cables subsequently leaked, the Australian ambassador, Richard Woolcott, urged his government to “act in a way which would be designed to minimise the public impact in Australia and show private understanding to Indonesia.” He alluded to the beckoning spoils of oil and gas in the Timor Sea that separated the island from northern Australia.

There was no word of concern for the Timorese. 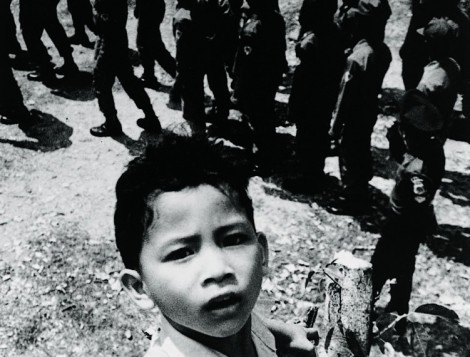 In my experience as a reporter, East Timor was the greatest crime of the late 20th century. I had much to do with Cambodia, yet not even Pol Pot put to death as many people – proportionally — as Suharto killed and starved in East Timor.

In 1993, the Foreign Affairs Committee of the Australian Parliament estimated that “at least 200,000” East Timorese, a third of the population, had perished under Suharto.

Australia was the only western country formally to recognise Indonesia’s genocidal conquest. The murderous Indonesian special forces known as Kopassus were trained by Australian special forces at a base near Perth. The prize in resources, said Foreign Minister Gareth Evans, was worth “zillions” of dollars.

In my 1994 film, Death of a Nation: the Timor Conspiracy, a gloating Evans is filmed lifting a champagne glass as he and Ali Alatas, Suharto’s foreign minister, fly over the Timor Sea, having signed a piratical treaty that divided the oil and gas riches of the Timor Sea.

I also filmed witnesses such as Abel Gutteras, now the Ambassador of Timor-Leste (East Timor’s post independence name) to Australia. He told me, “We believe we can win and we can count on all those people in the world to listen — that nothing is impossible, and peace and freedom are always worth fighting for.”

Remarkably, they did win. Many people all over the world did hear them, and a tireless movement added to the pressure on Suharto’s backers in Washington, London and Canberra to abandon the dictator.

But there was also a silence. For years, the free press of the complicit countries all but ignored East Timor. There were honourable exceptions, such as the courageous Max Stahl, who filmed the 1991 massacre in the Santa Cruz cemetery. Leading journalists almost literally fell at the feet of Suharto. In a photograph of a group of Australian editors visiting Jakarta, led by the Murdoch editor Paul Kelly, one of them is bowing to Suharto, the genocidist.

From 1999 to 2002, the Australian Government took an estimated $1.2 billion in revenue from one oil and gas field in the Timor Sea. During the same period, Australia gave less than $200 million in so-called aid to East Timor.

In 2002, two months before East Timor won its independence, as Ben Doherty reported in January, “Australia secretly withdrew from the maritime boundary dispute resolution procedures of the UN convention the Law of the Sea, and the equivalent jurisdiction of the International Court of Justice, so that it could not be compelled into legally binding international arbitration”.

The former Prime Minister John Howard has described his government’s role in East Timor’s independence as “noble”. Howard’s foreign minister, Alexander Downer, once burst into the cabinet room in Dili, East Timor, and told Prime Minister Mari Alkatiri, “We are very tough … Let me give you a tutorial in politics …”

Today, it is Timor-Leste that is giving the tutorial in politics. After years of trickery and bullying by Canberra, the people of Timor-Leste have demanded and won the right to negotiate before the Permanent Court of Arbitration (PCA) a legal maritime boundary and a proper share of the oil and gas.

Australia owes Timor Leste a huge debt — some would say, billions of dollars in reparations. Australia should hand over, unconditionally, all royalties collected since Gareth Evans toasted Suharto’s dictatorship while flying over the graves of its victims.

The Economist lauds Timor-Leste as the most democratic country in southeast Asia today.  Is that an accolade?  Or does it mean approval of a small and vulnerable country joining the great game of globalisation?

For the weakest, globalisation is an insidious colonialism that enables transnational finance and its camp-followers to penetrate deeper, as Edward Said wrote, than the old imperialists in their gun boats.

It can mean a model of development that gave Indonesia, under Suharto, gross inequality and corruption; that drove people off their land and into slums, then boasted about a growth rate.

The people of Timor-Leste deserve better than faint praise from the “capitalist governors of the world”, as the priest of Kraras wrote. They did not fight and die and vote for entrenched poverty and a growth rate. They deserve the right to sustain themselves when the oil and gas run out as it will.  At the very least, their courage ought to be a beacon in our  memory: a universal political lesson.