Life and Education of Children in Nepal 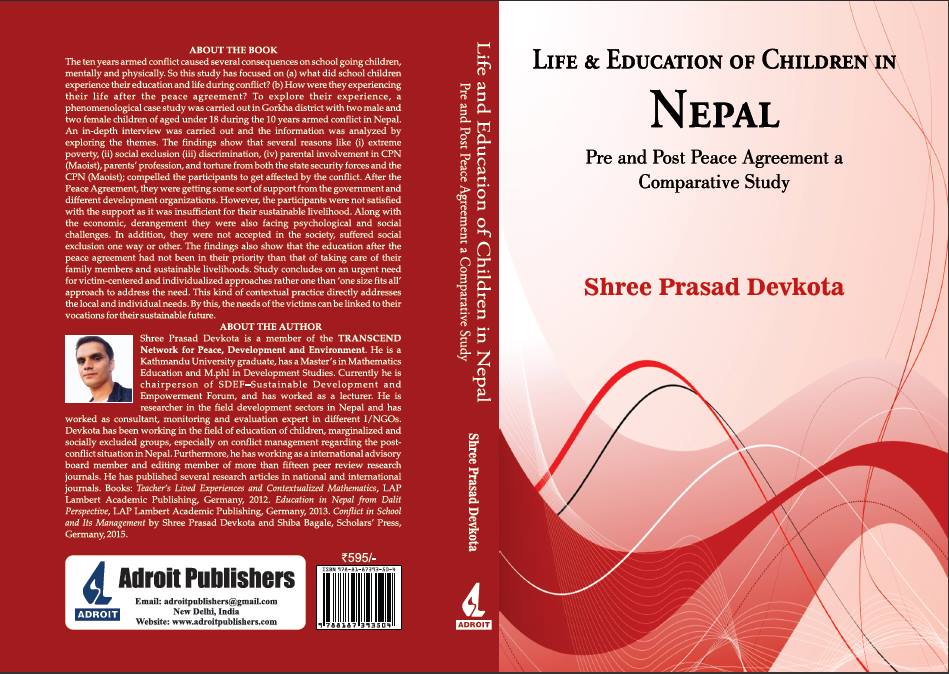 Adroit Publishers, a renowned name in the field of publication from India has published a book of a Nepali writer, entitled “Life and Education of Children in Nepal (Pre and Post Peace Agreement) on June 17, 2017. Shree Prasad Devkota, the author of the book, has tried to incorporate the heartrending stories of the conflict affected school going children during and after the conflict, peace agreement that were under the age of 18 during the tenure of 1996-2006, the era of armed conflict in Nepal.  The writer has tried to maintain balance between the sufferers as he has chosen both the victims from the government and the revel party, CPN (Maoist). The study done in Gorkha district which was the most affected district of conflict in Nepal was the phenomenological case study of school going children.

The book has tried to grasp the real scenario of those children on how the children were really affected by conflict during the time of school education and how they are out of school. The conflict has been driving force for the children by not letting them go to school because of various reasons. The main reasons are involvement of their parents in the armed conflict, their parent’s profession, the security threat by both the parties and political motivation. This is concluded that the children thought involving in the conflict is far better than taking the bourgeois education. Also they became the main bread owner of their houses as their parents are either threatens, taken by the government or the armed group. This book has directly claimed that the international protocols, conventions, rights of children were totally neglected by both the parties. Also after the conflict and peace agreement, their voices were not heard and top bottom approach of reintegration was applied which has increase the volume of dissatisfaction among the affected in the post conflict. The problem is seen in the social adjustment in the society which has caused trauma, tensions, and frustration in the post conflict situation.

The author has asserted that neither the government nor the rebellion party of that period were responsible to settle down the problem. Conflict has been ended but still the anecdote of the conflict are seen in the society as a national level. The author has clearly mentioned that the packages that were provided to those conflict affected children were not sufficient for them and it has created chaos in the society. The book shows that the conflict affected children who have left their education are not so much interested to rejoin the school education rather they are seeking for sustainability of their livelihood.  Thus, the author has recommended a positive way of counseling through need based approach like vocational education, trainings which could help them sustain their livelihood and adjust in the society. 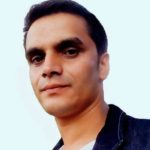 Shree Prasad Devkota is a member of the TRANSCEND Network for Peace, Development and Environment. He is a Kathmandu University graduate, has a Master’s in Mathematics Education and M.phl in Development Studies. Currently he is chairperson of SDEF–Sustainable Development and Empowerment Forum, and has worked as a lecturer. He is researcher in the field development sectors in Nepal and has worked as consultant, monitoring and evaluation expert in different I/NGOs. Devkota has been working in the field of education of children, marginalized and socially excluded groups, especially on conflict management regarding the post-conflict situation in Nepal. He has published several research articles in national and international journals. Books: Teacher’s Lived Experiences and Contextualized Mathematics, LAP Lambert Academic Publishing, Germany, 2012. Education in Nepal from Dalit Perspective, LAP Lambert Academic Publishing, Germany, 2013. Conflict in School and Its Management by Shree Prasad Devkota and Shiba Bagale, Scholars’ Press, Germany, 2015.

Anticopyright: Editorials and articles originated on TMS may be freely reprinted, disseminated, translated and used as background material, provided an acknowledgement and link to the source, TMS: Life and Education of Children in Nepal, is included. Thank you.