Ohio’s Attorney General described the state’s drug crisis as a “fire stoked by greed, fueled by deceit, and tended by a multi-billion dollar industry.” 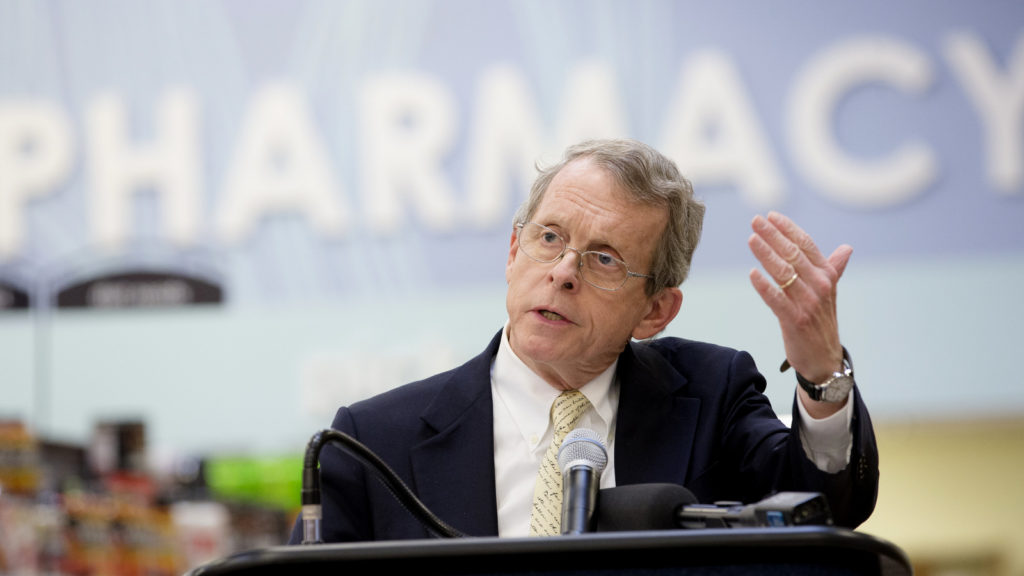 Ohio Attorney General Mike DeWine speaks during a news conference at a Kroger store to announce the chain’s decision to offer the opioid overdose reversal medicine Naloxone without a prescription, Feb. 12, 2016, in Cincinnati.
(AP/John Minchillo)

In a press conference announcing the lawsuit, DeWine described the state’s drug crisis as a “fire stoked by greed, fueled by deceit, and tended by a multi-billion dollar industry.”

The complaint was filed Wednesday morning in the Ross County Common Pleas Court against five major pharmaceutical manufacturers and several of their subsidiaries.

The suit says the manufacturers used sales reps and advertising to downplay the risks associated with opiates, which has led to a rapid increase in prescription drug and heroin addiction across the state.

“The result of Ohio’s opioid crisis has been catastrophic. Opioids have become the main source of unintentional drug overdose in the state and, due to the vast supply of opioids, the number of annual deaths attributable to unintentional drug overdoses has rapidly increased in recent years,” the complaint states. “2016 saw a 36 percent increase in unintentional fatal overdoses in the state of Ohio from the previous year when Ohio led the nation in the total number of fatal overdoses. This total is expected to go higher as coroners in six smaller counties update their numbers.” 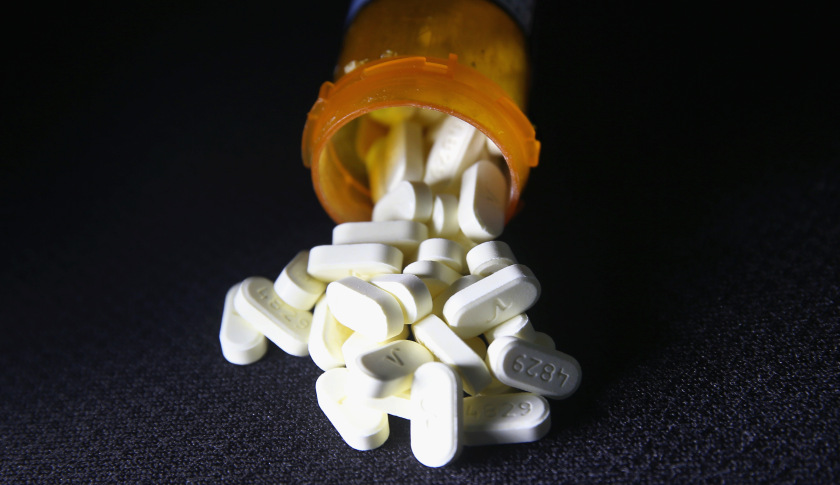 In his press conference, DeWine said Ohio wants to “clean up” the mess caused by prescription pain meds.

“I want to hold these companies accountable for the undeniable harm they have inflicted on our families and on our state,” he said.

The 107-page complaint seeks a declaration that the pharmaceutical companies’ persistent push to get doctors to prescribe their opioid painkillers was illegal, as well as punitive damages and restitution for the state and families of those who paid for unnecessary prescriptions.

“Defendants’ deceptive marketing campaign deprived Ohio patients and their doctors of the ability to make informed medical decisions and, instead, caused important, sometimes life-or-death decisions to be made based not on science, but on hype,” the lawsuit states. “Defendants deprived patients, their doctors, and health care payors of the chance to exercise informed judgment and subjected them to enormous costs and suffering.”

“Southern Ohio was likely the first and hardest hit area in the United States,” DeWine said. “Small towns were rocked as men, women, and children succumbed to addiction. From there, the fire spread out across Ohio. It was a fire stoked by greed, fueled by deceit, and tended by a multi-billion dollar industry.”

Speaking to reporters, the AG said he had contemplated a lawsuit of this nature for some time.

“Quite candidly,” he said, “I think it’s my moral obligation to do this. I don’t want to look back 10 years from now and say, ‘we should have had the guts to file it; to call a spade a spade.’”

Mark Troutman of Isaac, Wiles, Burkholder, and Teetor LLC in Columbus, Ohio, is the lead attorney on the case.

Purdue Pharma said in a statement Wednesday, “We share the attorney general’s concerns about the opioid crisis and we are committed to working collaboratively to find solutions. OxyContin accounts for less than 2 percent of the opioid analgesic prescription market nationally, but we are an industry leader in the development of abuse-deterrent technology, advocating for the use of prescription drug monitoring programs and supporting access to Naloxone — all important components for combating the opioid crisis.”

Jessica Castles Smith, the spokesperson for Janssen Pharmaceuticals, said the company believes the allegations in DeWine’s lawsuit “are both legally and factually unfounded.”

“Janssen has acted appropriately, responsibly and in the best interests of patients regarding our opioid pain medications, which are FDA-approved and carry FDA-mandated warnings about the known risks of the medications on every product label,” Smith said.

Teva Pharmaceuticals said it has not finished reviewing the complaint and cannot comment on it yet.

Endo and Allergan did not immediately respond Wednesday to requests for comment.