Between 200 and 350 private clinics pose as drug and alcohol rehabilitation centers in the country but instead operate to abuse and torture homosexuals. 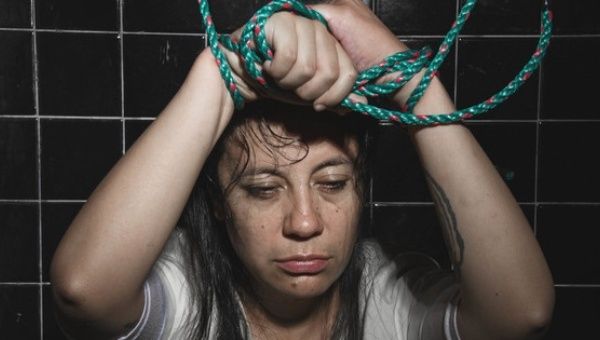 Ecuadorean photographer and performance artist Paola Peredes playing the role of one of the victims of torture clinics to “treat” homosexuality.
| Photo: Paola Peredes

1 Jun 2017 – In a series of staged photographs, Paola Paredes reports about the horrifying reality of private clinics that claim to “treat” people out of their homosexuality in rural areas of Ecuador.

In an exclusive interview with teleSUR, Paredes explained how the idea of the photo series developed while she was herself struggling with her sexual identity and heard about the psychological and physical torture, including “corrective rapes” carried out in the facilities. 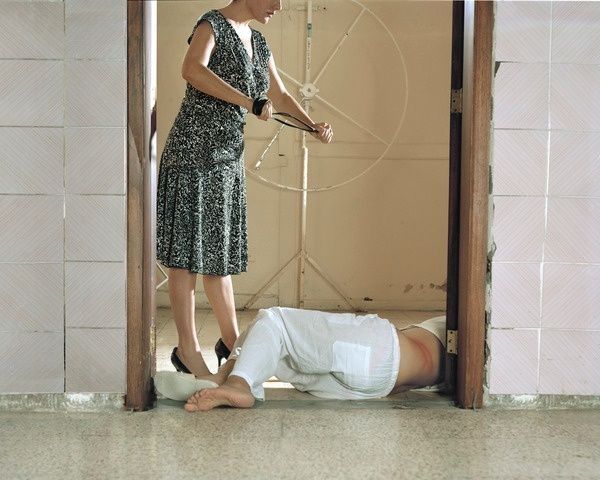 About 3 or 4 years ago, when she was not officially out as a lesbian, a friend of hers mentioned the clinics — it stay in her mind, because she herself feared that they would lock her up.

Nevertheless, she revealed her homosexuality to her family about two years later, and her coming out became her first major photographic project for her Masters degree in London.

“Luckily this project was quite covered in the international media, and I started receiving letters from homosexuals sharing their stories,” she told teleSUR.

With the testimonies of former victims and an undercover visit to one of the clinics with her parents, Peredes managed to re-create several scenes of the abuses carried out inside the secret facilities starring as the protagonist with other actors. 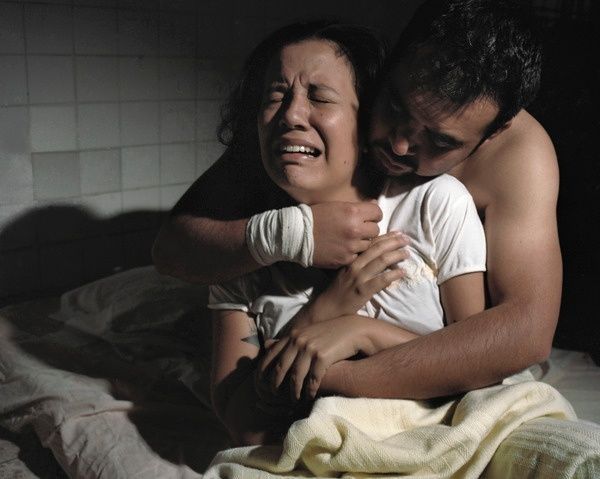 She visited one of these clinics on the coast with her parents in order to find inspiration for the photographs, giving them the atmosphere of a hospital. They told the owner they wanted to visit the clinic for an invented alcoholic niece, with a microphone in her bra.

“The use of a camera is prohibited in such clinics, and the homosexuals I interviewed wanted to preserve their identity as well. And I did not want them to relive their traumas for my esthetic purposes.”

The clinics started rising up in the 1970s in remote and rural areas, according to Peredes’ investigation. As they officially run as alcohol and drug rehabilitation centers, there is no clear account of how many are actually “treating” homosexuality — and their owners consider homosexuality as a type of addiction. They also receive people who have done sex work, or teenagers with early pregnancies, among others.

“Not all the centers carry out this kind of abuse, but when they do they apply it to all inmates,” explained Peredes.

In 2011, the clinics raised the interest of the media and thanks to the intensive work of LGBTI associations like Causana and Taller Fundacion Mujer, the Ecuadorean Health Ministry started to crack down on the clinics — about 30 were closed.

But clinics have nevertheless found a way to escape regulations because of “networks of corruption,” and “mafias,” found Peredes, that “get tipped off before a state visit,” so they have time to prepare. Often the people being tortured are taken out of the facility before the officials arrive. 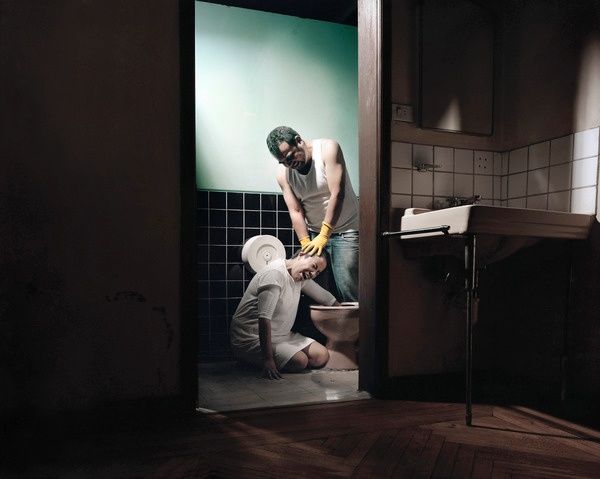 About 90 percent of the people she interviewed were brought against their will to the clinics by their parents, who she described as “accomplices” to the whole process.

However, she realized that most of the time parents are unaware of all the abuses and tortures going on in these clinics because there is no advertising. “I’ve heard cases where the parents found out and removed their children, but it leaves damages.”

Peredes found that the practices of rehabilitation are often carried out within the church. In some clinics, homosexuals are submitted to religious education and they are forced to learn excerpts from the Bible, among other things.

Lesbians are also forced to make up their faces at 7 a.m. in order to fit in conservative gender stereotypes. 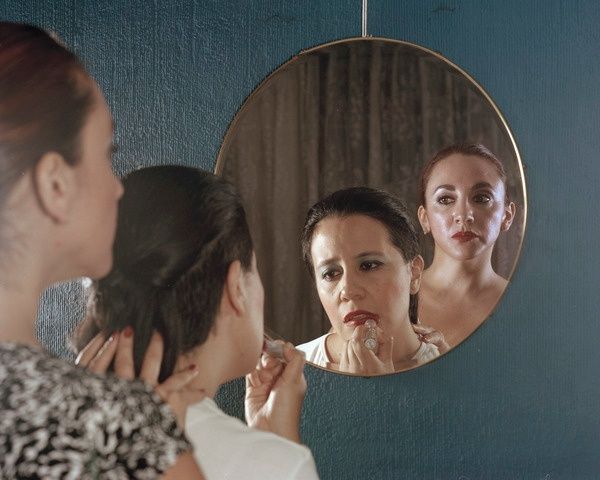 “Imagine that 20 years ago, you could be sent to jail just for being homosexual!” she recalled.

However, in other larger cities, there tends to be more tolerance towards homosexuality. The presence of such clinics have been reported beyond Ecuador, in the United States, Mexico and Honduras, for example.

Peredes went through an important psychological preparation because of the violence represented in the work before the production of the photo series.

“I felt a great ethical responsibility to do justice to the stories and the trust they gave me, yet without turning it into a gloomy spectacle.”

She worked with actors and a theater director so the photos would be as realistic as possible, giving the actors roles based on what people told her, like the role of the therapists.

“There was an intense preparation for the violent scenes with me with a theater director,” she said. “He prepped me so I would reach that particular stage, prepped the other male therapist, and then we would do the violent scenes for real, with him kicking me and hitting me.” 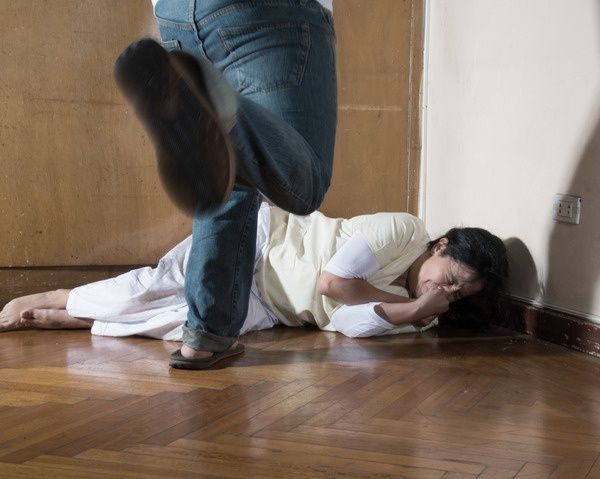 The end of the project left a bitter taste in Peredes’ mouth, who naively thought she will be able to shut the clinics down when she first began her project.

“Soon enough I realized that it was impossible, first because it’s a mafia, and now I am wondering if a photo is enough.” For this reason, Peredes has started a funding campaign to take it to the next level. Titled, “Help Us Prevent These Clinics,” the goal of the campaign is to raise money and awareness to actually close the torture chambers.