Saudi Arabia’s war in Yemen and its continuing blockade of Yemeni ports has virtually collapsed the country and basic necessities are in dangerously short supply. Now, Yemen finds itself unable to treat a rapidly growing cholera outbreak that claims the life of one civilian every hour. 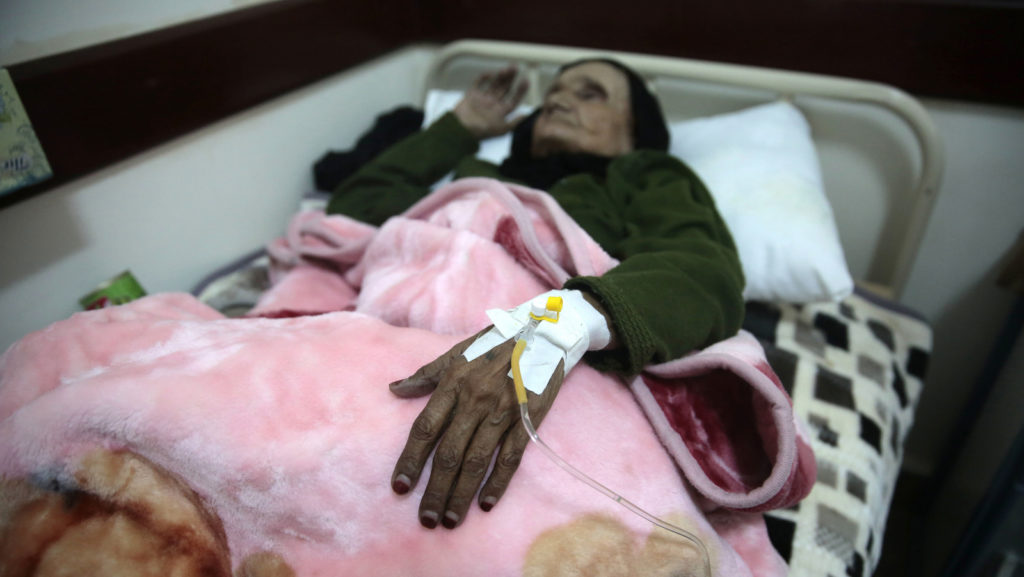 An elderly woman is treated for suspected cholera infection at a hospital in Sanaa, Yemen, May. 15, 2017. The U.N. humanitarian coordinator in Yemen says a cholera outbreak has killed 115 people over the past two weeks.
(AP Photo/Hani Mohammed)

15 Jun 2017 – In March, the world looked on as the Saudi-led coalition – which has been fighting a deadly war in Yemen since 2015 – moved to expand its naval blockade of Al Hudaydah, Yemen’s largest port. The move drew the consternation of the United Nations, as well as the Russian Foreign Ministry, with the latter warning that the operation “would not only inevitably lead to a mass exodus of the [local] population but would also de facto cut the [Yemeni] capital of Sanaa from… food and humanitarian aid supplies.”

Yesterday, 1 in 250; today 1 in 200 #Yemenis are suspected of having contracted #Cholera that is spreading at unprecedented rate.

Those warnings have now come to fruition, as a massive cholera outbreak has already begun to spiral out of control after two weeks. Since it began, 942 cholera-related deaths have been confirmed – and in the past week, the number of newly-diagnosed cases has jumped to 5,470 a day, according to international NGO Save the Children. More than 300,000 cases are anticipated in the coming months and the daily death toll from the disease is similarly expected to grow. Currently, around 30 people die every day from cholera in Yemen.

While cholera is normally treated both easily and inexpensively, the Saudis’ ongoing blockade and repeated bombings of civilian infrastructure – particularly hospitals – have crippled Yemen’s health system, making it unable to respond to the cholera crisis. Since Saudi Arabia first invaded, more than 270 health facilities have been damaged or destroyed. Most of Yemen’s estimated 3,500 health facilities are closed or barely functioning.

The spread and severity of the outbreak has also been affected by a compromised immune system response caused by the widespread famine – another result of the blockage and ongoing war. More than half of all Yemenis lack adequate access to food. According to UN estimates, more than 370,000 children under the age of five are suffering from severe malnutrition and are now being disproportionately affected by the outbreak.

The increasing rate of cholera infection is also believed to be linked to the Yemenis’ lack of access to clean water, a basic necessity that more than 60 percent of residents have been forced to go without. Cholera is largely spread by contaminated food and water. 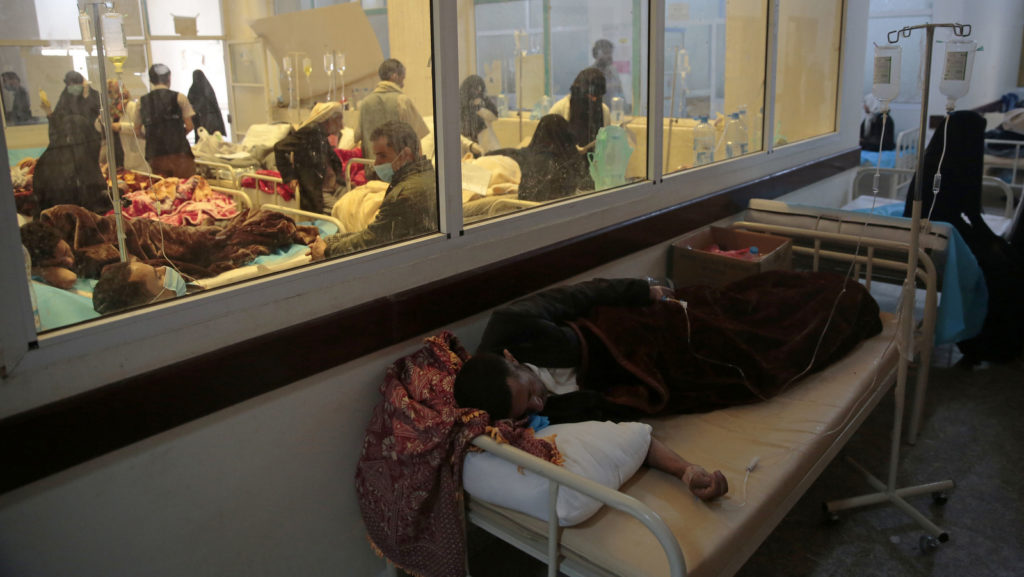 People are treated for suspected cholera infection at a hospital in Sanaa, Yemen, May. 15, 2017. While cholera is easily treated, the Saudis’ ongoing blockade has crippled Yemen’s health system, making it unable to respond to the crisis. (AP/Hani Mohammed)

But the Saudis are unlikely to face much international backlash for their role in creating the cholera crisis, despite the fact that they are using the blockade of humanitarian aid as a weapon against the Yemeni people. Thanks to the Saudis’ controversial placement on the UN human rights council, they are unlikely to face retaliatory measures for their war crimes, especially since Saudi Arabia’s ambassador to the UN in Geneva serves as the chair of a key panel of “independent” experts on the UN Human Rights Council.

Related: Mattis Cites Iran As Reason US Will Assist In Saudi Bombing Campaign In Yemen

And while the Saudis are the main culprit behind the unprecedented catastrophe now unfolding in Yemen, their most prominent ally – the United States – has not only aided the Saudis, but has moved to take a more direct role in the destruction of Yemen. In late April, Secretary of Defense James Mattis announced that the U.S. would assist the Saudis’ bombing campaign and would similarly seek to increase military assistance to Saudi Arabia.

In Yemen, a civilian is dying nearly every hour from a massive cholera outbreak caused by US/Saudi bombing/blockade https://t.co/WECNUNOp8p

In late May, President Donald Trump oversaw the sale of $110 billion in arms to the Saudis, an arms deal that the U.S. Senate failed to block despite bipartisan support and growing opposition to the U.S.-Saudi alliance.

As Yemen faces total collapse and an unprecedented loss of its population to preventable causes, the U.S.-supported and Saudi-led war is a testament to a scorched-earth foreign policy that threatens to destroy the entire region