On the 50th anniversary of the Six Day War, the United Nations calls for a lasting solution that would benefit both Israelis and Palestinians. 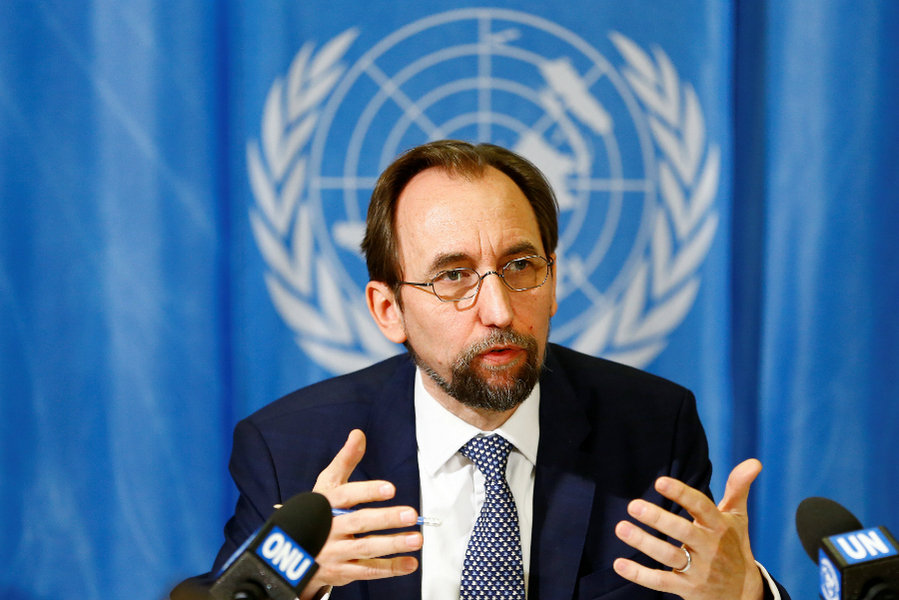 6 Jun 2017—The top United Nations human rights official called on Tuesday for Israel to pull out of territories captured in a 1967 war that Palestinians now seek for a state, saying it would benefit both sides after 50 years of enmity.

In a speech opening a three-week session of the UN Human Rights Council, Zeid Ra’ad Al Hussein observed the 50th anniversary of when he “first heard the sound of war” as a boy in Amman, Jordan.

He said Palestinians were now marking “a half-century of deep suffering under an occupation imposed by military force” and marked by “systematic” violations of international law.

Israelis also deserve freedom from violence, Mr. Al Hussein said, adding: “Maintain the occupation and for both peoples there will only be a prolongation of immense pain.”

United States Ambassador Nikki Haley was to address the Council later in the day and expected to signal that the US might withdraw unless reforms were ushered in including a removal of what it sees as an “anti-Israel bias.”

There are now 350,000 Israelis living in settlements across the West Bank with an air of permanence. Many countries see the settlements as illegal. Israel disputes this, citing historical, biblical, and political connections to the West Bank and East Jerusalem, as well as security considerations.

After the 1967 war, Israel annexed East Jerusalem and deems all of the city its “indivisible and eternal capital,” a status not recognized internationally. Israel pulled out of Gaza in 2005 and it is now ruled by the Islamist Hamas group.

All Hussein also said UN staff had reported that 163 Iraqi civilians were shot dead by Islamic State in western Mosul on June 1 “to prevent them from fleeing” as US-led Iraqi forces seek to oust the militants from their last major urban bastion.

“The brutality of Daesh and other terrorist groups seemingly knows no bounds,” he said, using the derogatory Arabic term for the jihadist group.

Al Hussein criticized certain countries for refusing access to his staff or to independent UN investigators, including Burundi, Venezuela, and the Philippines which have seats on the 47-member state forum.

At least 65 people have died in Venezuela in unrest since early April, with hundreds more injured. Some 3,000 people have been arrested, with around one-third still behind bars, according to rights group Penal Forum.

The killings in Venezuela and “widespread shortages and hunger highlight the increasingly urgent need for an impartial analysis and rapid assistance,” Al Hussein said.

Congo has two days to heed UN calls to jointly investigate violence in Kasai province or it risks having an international human rights inquiry imposed on it, Al Hussein added.