Peter Frankopan’s The Silk Roads: A New History of the World shows why we need to re-vision history. 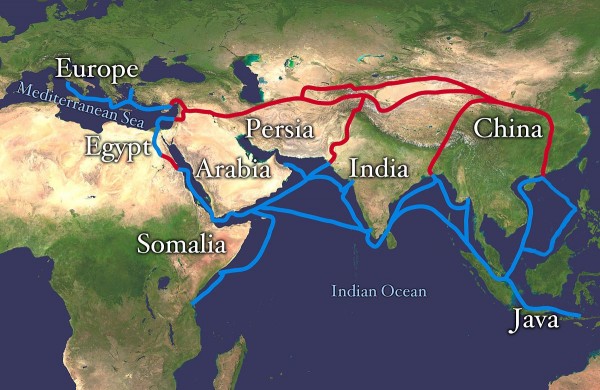 7 Jul 2017 – The word revisionist derives from roots meaning “to look again.” And since history is an ongoing project, whose main purpose is to help us understand where we have come from and where we are going, we obviously need to keep taking fresh looks at the past as we propose new visions of the future.

Obligatory disclaimer: I am myself a historical revisionist of the so-called “war on terror,” having written or edited five books on the subject. My conclusion, in a nutshell, is that the State of Israel, whose intelligence service’s motto is “by way of deception thou shalt do war,” has (with the help of many other nefarious forces including rabid right-wingers, global domination enthusiasts, and voracious war profiteers) orchestrated a massive deception based primarily on false flag terrorism in general, and the 9/11 covert operation in particular.

My revisionist history of the “war on terror” poses a danger to Israel and its expansionist agenda. So its agents have relentlessly attacked me, smeared me, and waged economic war against me and my family. One of their favorite smears is the libelous “holocaust denier” canard that almost prevented me from entering Canada last week.

I am not a holocaust denier, under any conceivable definition of that problematic term. But I do support academic freedom and free speech, including the freedom to question facts and narratives concerning any of the innumerable holocausts and genocides of human history. The agents of Israel who are persecuting me claim I am a bad guy because I don’t think people like Ursula Haverbeck or Ernst Zundel or Germar Rudolf or David Irving or Robert Faurisson should be imprisoned for expressing politically incorrect interpretations of history. Whereas I think anyone who supports jailing “holocaust deniers” must be crazy.

Questioning facts and narratives is how we re-vision history! Peter Frankopian’s recent bestseller The Silk Roads: A New History of the World provides a classic example.

Frankopian’s thesis, in a nutshell, is that Eurocentrism has blinded us to the way that Eurasia and North and East Africa form one super-continent that has been bound together, for thousands of years, by exchanges of goods and ideas. The center of gravity of world civilization, then, is much closer to Persia or Uzbekistan than to Athens or Rome, much less Paris or London. 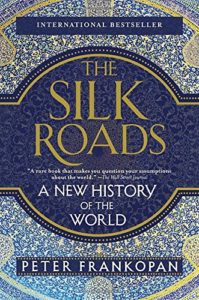 The Silk Roads casts a new light on the late Zbigniew Brzezinski’s geostrategic vision outlined in The Grand Chessboard (1997). In that book, Bzezinski famously argued that in the chess game of global dominance, the center of the board is in the general region of Afghanistan. Why? Because the Eurasia-North Africa supercontinent contains the great majority of global population and GDP. Therefor, whoever controls the center (the general region of Afghanistan) will dominate the global chessboard. In that respect, little has changed since the days of the 19th century Great Game pitting Britain against Russia for control of Eurasia. No wonder the US has intentionally sabotaged all possibilities for peace in Afghanistan for the past 35 years, in order to create an excuse for a massive permanent US military buildup in the bulls-eye center of the world’s geopolitical heartland.

Frankopan’s assertion that the Great Game for control of Eurasia is THE game, and has been for millennia, casts new light on the two World Wars of the 20th century. Here we embark upon the dangerous ground of World War II revisionism – a much larger and more important topic than mere Holocaust revisionism. For the victors’ history of World War II, which amounts to a sacred Manichaean myth of good guys (Allies/Jews) versus bad guys (Axis/Nazis) is still used today by the Mighty Wurlitzer propaganda factory to brainwash Western populations into imagining themselves the good guys in every conflict, and seeing each new opponent as the new Hitler. In short, the mainstream mythic history of World War II is the centerpiece of modern war propaganda.

In his chapters 15 and 16, Frankopan completely overturns the generally accepted history of the two World Wars, which asserts that they were primarily about the threat posed by a rising Germany. Instead, Frankopan writes:

That Britain represented a threat to Germany – and vice versa – was, however, something of a red herring.”

He goes on to assert: “The reality of the story was very different. Although the days that followed the assassination of Franz Ferdinand saw a series of misunderstandings, discussions, ultimata and permutations that would be all but impossible to recreate, the seeds of war grew out of changes and developments located many thousands of miles away. Russia’s rising ambition and the progress it was making in Persia, Central Asia and the Far East put pressure on Britain’s position overseas, resulting in the fossilization of alliances in Europe. All that stood in the way of further erosion of the enviable platform that Britain had built over the previous centuries was a series of mutual guarantees designed to above all to keep Russia, the master-in-waiting, tied up.” (Emphasis added.)

What the two-phased World War of the first half of the 20th century was primarily about, then, was competition between the Anglo Empire (Britain/USA) and Russia for control of Eurasia. Germany was just a patsy. The whole name of the game, then and now, has always been: At all costs, prevent Germany from uniting with Russia!

This insight sheds considerable light on today’s geopolitical machinations. Many Americans who grew up during the Cold War are puzzled about why the Russians, who are no longer Godless Commies, are still the enemy – even when they are fighting OUR ostensible enemies, al-Qaeda and ISIS. The answer is that the Anglo-Zionist Empire, headquartered in New York, Washington, London, Hollywood, and Tel Aviv, is still primarily concerned with dominating the Eurasian heartland, and a rising Russia – whether it is Communist or democratic or Orthodox or pluralistic or what-have-you – constitutes an obstacle to world hegemony.

That Western project of establishing world hegemony may, according to Frankopan, be nearing its end. The rise of China, and the assertiveness of Russia and Iran, are symptoms, not causes; the underlying pattern is one of the Silk Road, the trade belt across the heartland of Eurasia, re-establishing itself as the real center of the world, relegating the marginal forces at the western fringes of Eurasia, and their gigantic settler colony in Genocided North America, to the margins where they belong.

In Frankopan’s revisionist outlook, the rise of “the West” (meaning the northwest edge of Eurasia) was a historical fluke, driven mainly not by education, literacy, inventiveness, and creativity, but by extreme bellicosity and subsequent hyperactive competition in the technologies of military mass murder. Europe, a land of feuding barbarians at the extreme fringes of the supercontinent’s overarching civilization, managed to temporarily conquer the world mainly because all the feuding between small, independent states fed innovative weapons technologies, especially those involving navies and shipbuilding. (Of course the Chinese had built bigger and better ships centuries earlier, but being civilized people rather than ultra-bellicose barbarians, they used those ships for trade and exploration, not conquest.) The conquest of the world via the oceans established a “new silk road” that put northwest Europe and North America at the center of global trade networks.

Today, as Russia helps stave off US-Zionist imperial domination in the Middle East, while China establishes a massive New Silk Road development project, it seems obvious that the days of Western domination are numbered. Ironically, new developments in weapons technology may be hastening this process: Just as improved navies established Western domination, improved anti-naval weapons, namely the new generations of anti-ship missiles, are helping end it. To take one example: The hardline Zio-imperialists want to wage war on Iran, but cannot do so with any assurance of victory, because Iran can use advanced anti-ship missiles to shut down the Strait of Hormuz – thereby not only keeping hostile forces out of the Persian Gulf, but also shutting down much of the world’s oil supply.

Frankopan’s revisionist view of world history helps us understand that the bromides peddled by high school history textbooks and the mainstream media amount to egocentric feel-good mythology that impedes rather than assists our understanding of reality. Like Ibn Khaldun, Frankopan binds together his historical narratives with what amounts to an all-inclusive theoretical framework; only in the latter’s case, that framework involves exchange and geostrategy in relation to the world’s one supercontinent, rather than a sociological theory of how “barbarism” and “civilization” cyclically give rise to each other.

My only critique of Frankopan would be his neglect of the crucial role of Islam as the central conveyor belt of supercontinental civilization during most of the past 1400 years. By establishing a common language, common culture, common weights and measures, and a common cosmology, metaphysics, and understanding of the meaning and purpose of life on earth, Islam has brought the world together more than any other single factor. Those wishing to pursue this issue further might begin with Marshall Hodgson’s three-volume masterpiece The Venture of Islam.

The Silk Roads poses a challenging question to Western readers: Are “we” going to continue being bellicose and parochial like our ancestors (and like the putative ancestors of today’s Zionist Jews, the early Yahwists whose jealous tribal god told them to hate and fear other tribes and their gods)? Or can we learn to be good global citizens, rather than dominators, of the One World Civilization that has existed for millennia?

The answer to that question may determine whether human civilization has any future at all.