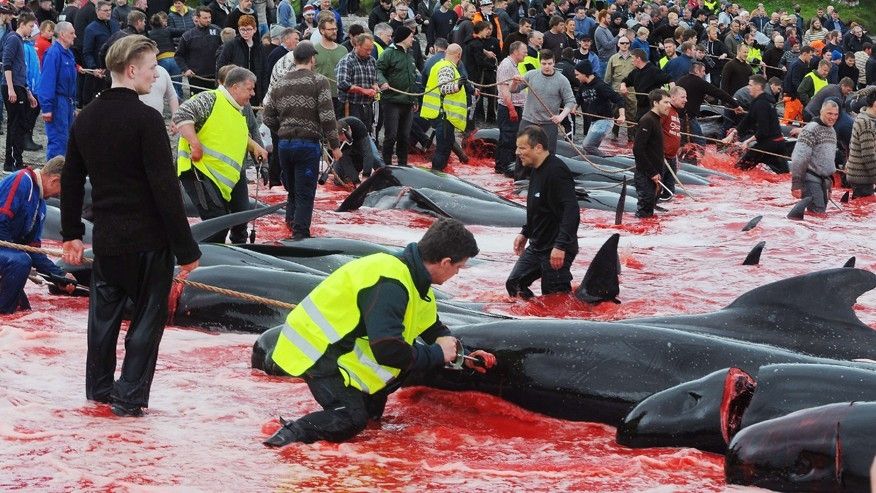 30 Jun 2017 – Faroe Islanders have turned the sea red after slaughtering hundreds of whales as part of a centuries-old hunt, which has been harshly criticized by animal rights groups.

The hunts, or “drives” date back to the late 16th century.  Authorities on the islands allow islanders to drive herds of pilot whales into shallow waters, where they are killed using a ‘spinal lance’ that is inserted through the animal’s neck to break its spinal cord.

The grisly image shows a hunt on June 16. 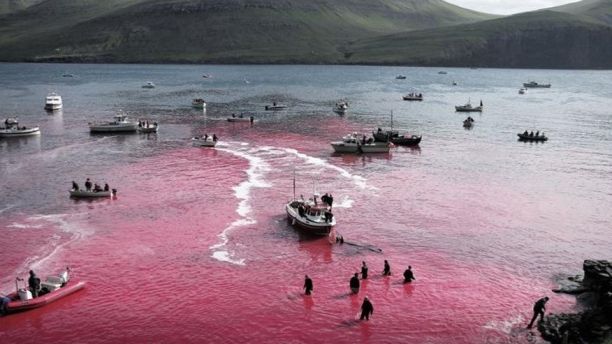 The Faroe Islands are located in the Atlantic Ocean between Iceland and Norway.

A spokesman for the Faroe Islands government told Fox News that whaling in the islands is sustainable and conducted in accordance with international law. “There is no doubt that whale hunts in the Faroe Islands are dramatic and result in a lot of blood in the water,” he explained, via email. “They are, nevertheless, well organised and fully regulated.”

HUGE SEAL BATTLES OCTOPUS IN INCREDIBLE FIGHT TO THE DEATH

The ‘spinal lance’ used to kill the whales was designed by a Faroese veterinarian and ensures that the mammals lose consciousness and die within a few seconds. “Normally, the entire pod of whales is killed in less than fifteen minutes,” the spokesman said. “A rounded blowhole hook is used to haul the whales further up onto the shore.” 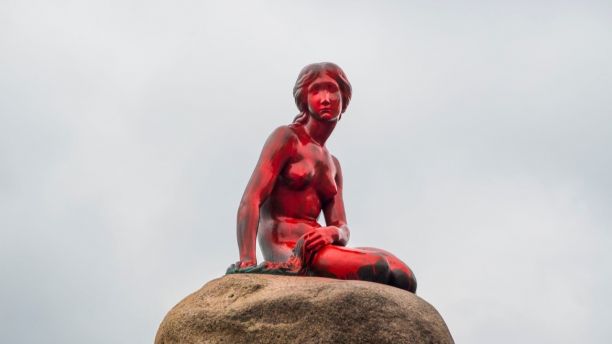 The Little Mermaid statue is seen painted in red in what local authorities say is an act of vandalism, in Copenhagen, Denmark May 30, 2017.
(Ida Marie Odgaard/Scanpix Denmark/via REUTERS)

The hunts can happen at any time of the year and are noncommercial – meat and blubber from each drive is shared among the local community. The whales are not an endangered species.

The islands are a self-governing group of islands that is part of Denmark, but are not part of the European Union, where whaling is banned.

Last month officials in the Danish capital Copenhagen had to hose down the city’s famous Little Mermaid statue after it was found doused with red paint in an apparent protest at the Faroe Islands whale hunts. On the ground in front of the statue was written in red, in English, “Denmark defend the whales of the Faroe Islands.”

The Associated Press contributed to this article.