Why Is Myanmar Refusing a UN Probe if There Is No Rohingya Genocide?

If Myanmar has nothing to hide, why isn’t the country’s de facto leader, Aung San Suu Kyi, who is a Nobel Peace Prize winner, allowing U.N. investigators to visit the country?

When Myanmar transitioned from military rule to civilian democracy, many hoped the new government would make efforts to resolve the Rohingya Muslim crisis that began in 2012.

Many believed the de facto leader, Aung San Suu Kyi, who is a former Nobel Peace Prize winner, would fight for the rights of the ethnic Muslim community, which is considered an outcast in its own country, despite living there for centuries.

However, all hopes of peace were dashed after Suu Kyi, in the very first 100 days of her rule, banned the usage of the term “Rohingya” to appease Buddhist extremists, who wield considerable influence in Burmese politics.

Suu Kyi, a woman who spent nearly 15 years under house arrest for her human rights advocacy, made it very clear that she was not going to alienate the Buddhist majority for the sake of an unrecognized minority.

In fact, as per latest reports emerging from the region, she appears to be wholly complicit in the discrimination against Rohingya Muslims. 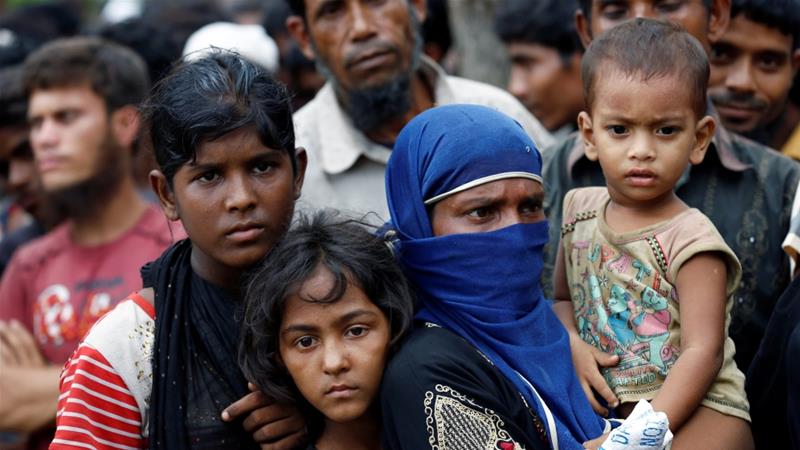 As minister of foreign affairs, Suu Kyi recently refused entry to members of a United Nations investigation focusing on widely reported allegations of killings, rape and torture by security forces against Rohingya Muslims.

“If they are going to send someone with regards to the fact-finding mission, then there’s no reason for us to let them come,” said Kyaw Zeya, permanent secretary at the Ministry of Foreign Affairs.

“Our missions worldwide are advised accordingly,” he added.

The U.N. mission was announced in the wake of the controversial military crackdown against Rohingya Muslims in October in the Rakhine State.

Scores have been killed while hundreds of others, around 75,000, have fled the country into neighboring countries for refuge in what human rights watchdogs believe is part of a systematic ethnic cleansing of the Rohingya Muslim community.

The Burmese army has also been accused of burning down Rohingya Muslim villages and raping the women belonging to the embattled group.

Despite numerous reports citing the aforementioned abuses against Rohingya Muslims, Suu Kyi remains reluctant to let U.N. investigators into the country, arguing it “would have created greater hostility between the different communities.” (But does withholding information about the crisis help in resolving it? Of course not.)

If Myanmar has nothing to hide, why isn’t Aung San Suu Kyi allowing U.N. investigators to visit the country?

Myanmar Calls Itself a Victim despite Allowing Rohingya Genocide