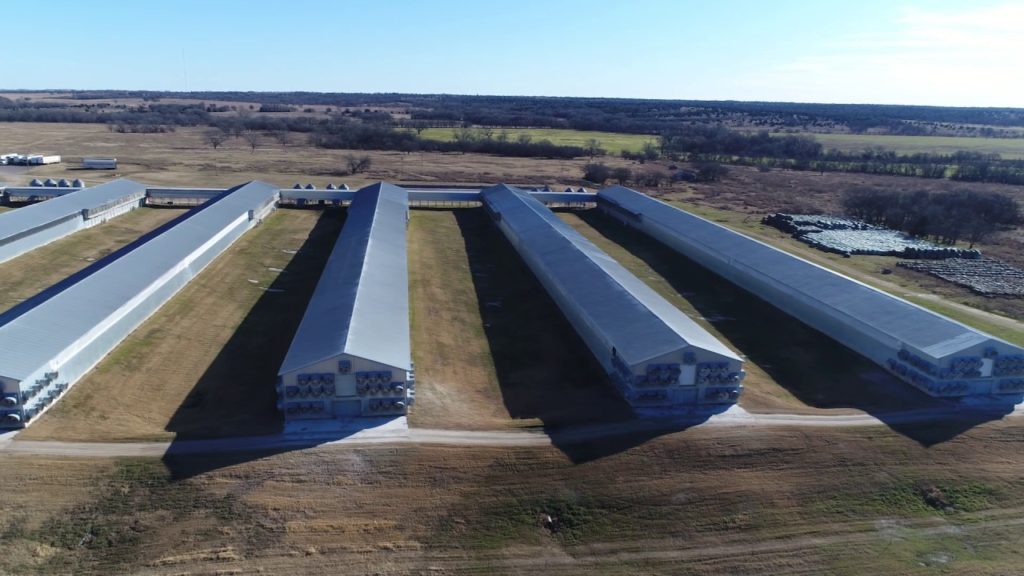 10 Aug 2017 – A new video released by animal rights group Mercy for Animals compiles the first publicly-released drone footage of several sprawling factory farms housing tens of thousands of egg-laying birds each. The drones took footage from undisclosed farms in Nebraska and Kansas earlier this year and in Oklahoma in late 2016.

The footage comes even as consumer interest and corporate commitments to cage-free eggs are at all-time highs, shedding light on just how massive the industry is.

“Each one of these factory farms likely holds hundreds of thousands of birds. One of them may contain over a million animals,” Mark Devries, special projects coordinator for Mercy for Animals told Organic Authority by email. “The evidence suggests that each of the individual [birds] inside has the capacity to suffer – physically and emotionally – just as dogs and cats do. Yet, they are forced to live for more than an entire year in cages so small that they are never able to spread their wings. Some die and decompose among cage-mates who are still producing eggs that will be sold as food.” 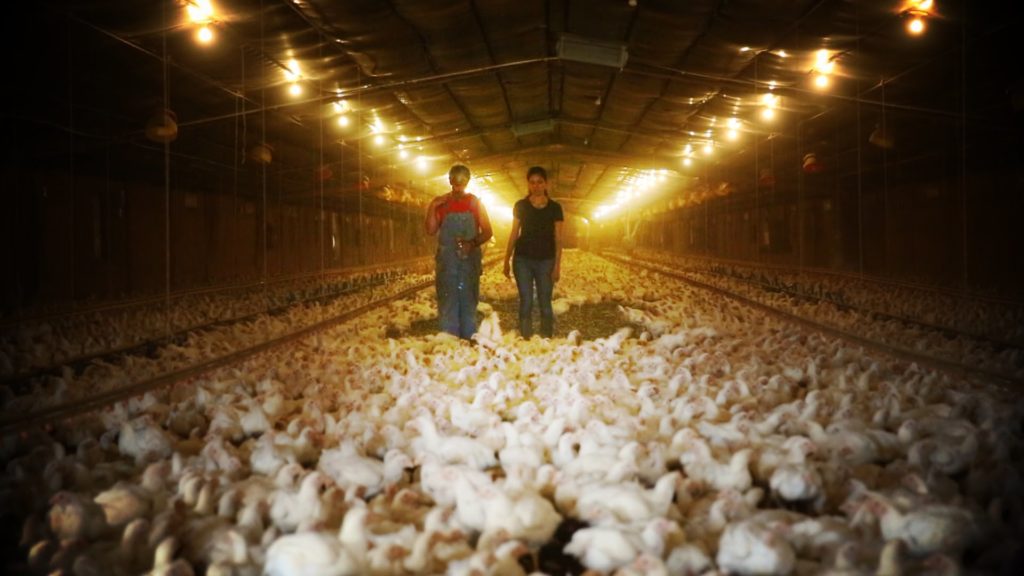 These facilities are hidden deep in sparsely populated rural areas, away from most consumers who still subscribe to the belief that animal products like eggs come from happy free-roaming farm animals. And while truly grass-fed and free-range operations do exist, they’re a significantly small percentage of the livestock industry.

“For decades, the egg industry has sought to persuade the public that eggs come from bucolic farms that most people imagine when they think of the word ‘farm’ – and which are often pictured on the fronts of egg cartons,” says Devries. 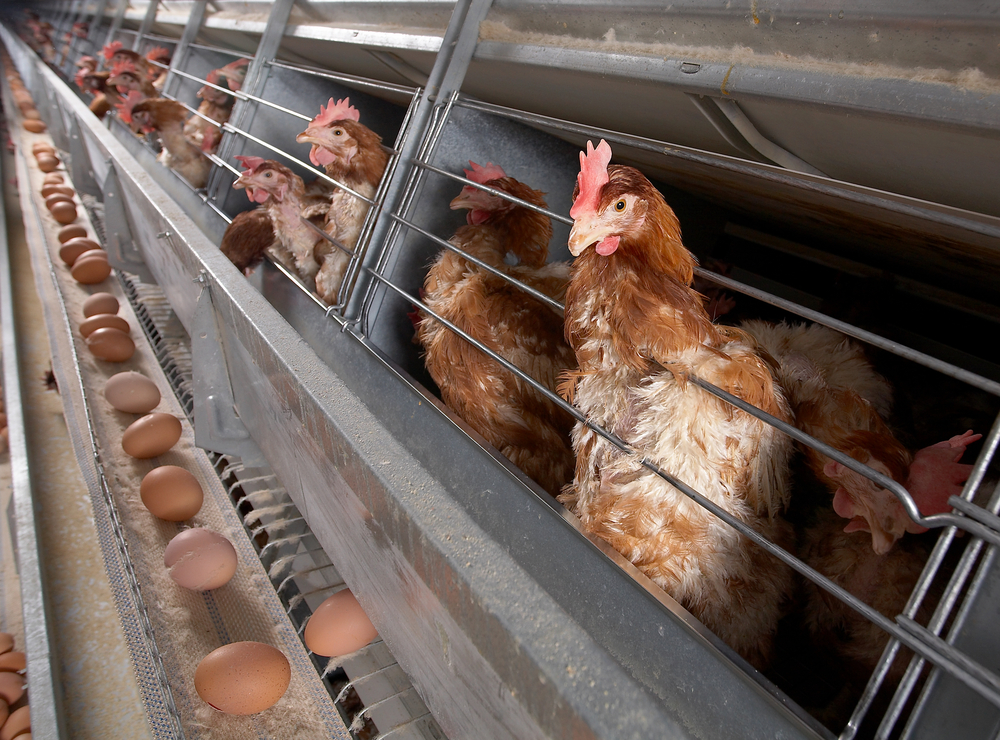 The drone footage also highlights another detrimental component of factory farming – the colossal manure lagoons, which cause numerous environmental and human health issues for nearby residents.

“Many factory farms dump millions of gallons of untreated animal waste into giant, open pits that can be the acreage of several football fields,” says Devries. “The waste is digested by bacteria, and often produces a stench so powerful that it can become difficult for people in neighboring communities to breathe. Many factory farms spray waste into the air over fields, where some of it is carried by wind onto neighbors’ property.” 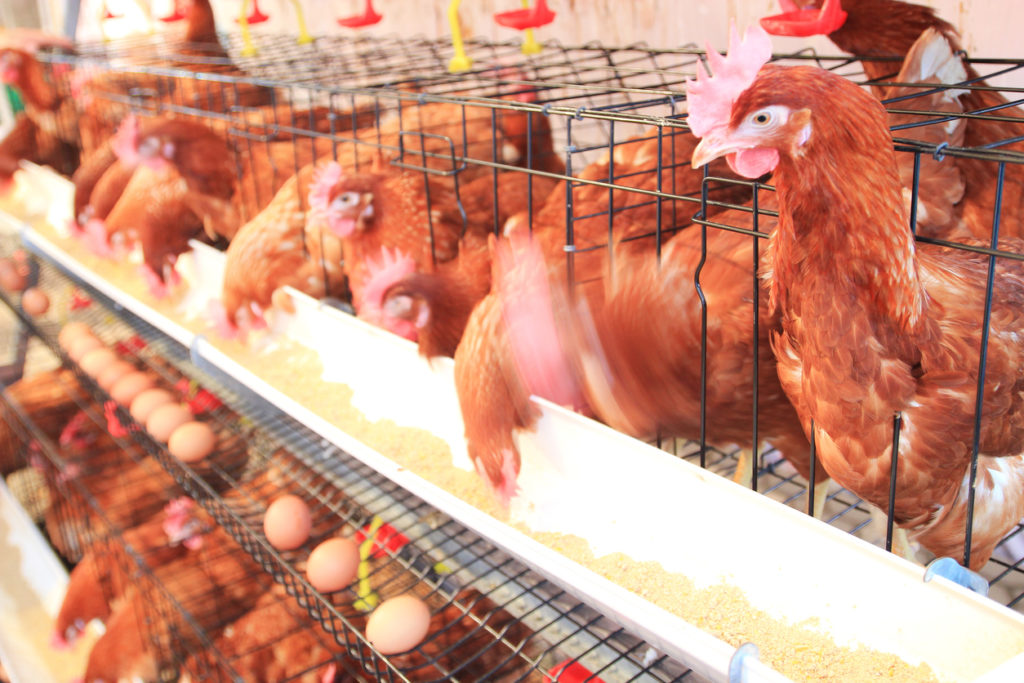 The U.S. egg industry, says Mercy for Animals, has been “moving toward factory farming and consolidation for years,” with more than 85 percent of the nation’s egg-laying hens still being kept in battery cages, “which are so restrictive each bird has less space than an iPad screen on which to live for her entire life.”

According to Mercy for Animals, the exposé serves as yet another significant reminder that modern industrial animal agriculture is not only dangerous to human health and “detrimental to the local and global environment,” says Devries, but it also involves “animal abuse so severe that it would warrant felony cruelty charges if dogs or cats were the victims.”

You can watch the video below.

Jill Ettinger is a Los Angeles-based journalist and editor focused on the global food system and how it intersects with our cultural traditions, diet preferences, health, and politics. She is the senior editor for sister websites OrganicAuthority.com and EcoSalon.com, and works as a research associate and editor with the Cornucopia Institute, the organic industry watchdog group. Jill has been featured in The Huffington Post, MTV, Reality Sandwich, and Eat Drink Better. www.jillettinger.com

16 Egg Substitutes You Won’t Believe! How to Cook Without Eggs