The Hidden Stories of Medical Experimentation on Caribbean Slave Plantations 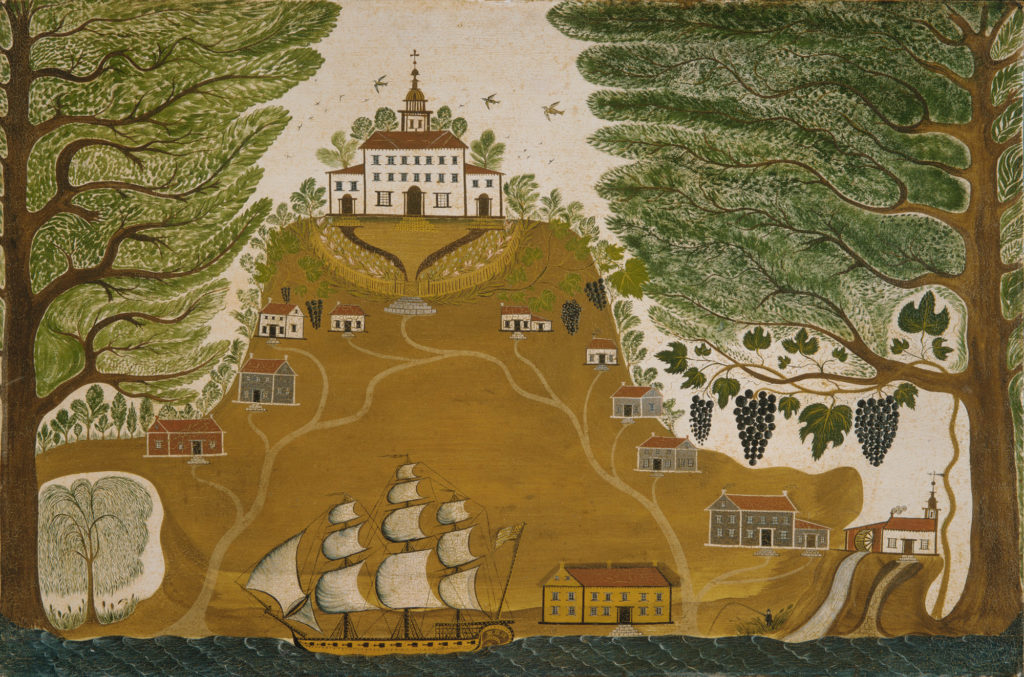 15 Aug 2017 – In the natural course of events, humans fall sick and die. Patients hope for miraculous remedies to restore their health.

We all want our medicines to work for us in wondrous ways. But how are human subjects chosen for experiments? Who bears the burden of risk? What ethical brakes keep scientific enthusiasm from overwhelming vulnerable populations? Who goes first?

My new book, “Secret Cures of Slaves: People, Plants, and Medicine in the Eighteenth-Century Atlantic,” zeroes in on human experimentation on Caribbean slave plantations in the late 1700s. Were slaves on New World sugar plantations used as human guinea pigs in the same way African-Americans were in the American South centuries later?

History is littered with exploitative experiments in humans. The Tuskegee syphilis experiment is probably one of the most infamous. From 1932 to 1972, the U.S. Public Health Service offered 600 African-American men food, free medical care and burial insurance for participating in the study. About 400 of these poor Alabamans had syphilis. The government studied the natural progression of the disease until death, even though penicillin was an easy, cheap and safe cure.

This type of medical testing – empirical study through controlled trials – began in earnest in the late 1700s. Many poor souls were subjected to medical testing. In Europe and its American colonies, drug trials tended to overselect subjects from the poor and wards of the state, such as prisoners, hospital patients and orphans. Most experimental subjects came from the same groups used for dissection – that is, persons with no next of kin to insist on burial rites or to pay for expensive cures. 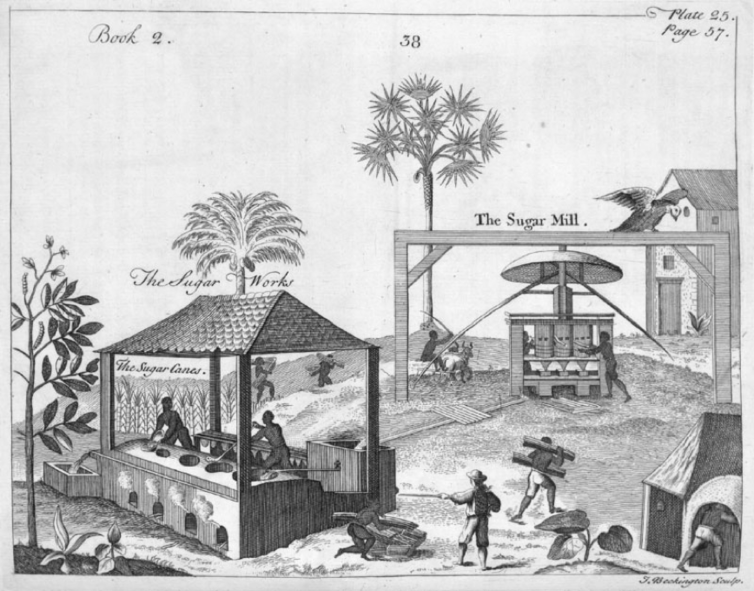 I was surprised to learn that, in many instances, doctors did not – as might be expected – use slaves as guinea pigs. Slaves were valuable property of powerful masters. The master’s will prevailed over a doctor’s advice.

A British physician in Jamaica reported he had developed a “perfect cure” for yaws, a horrid tropical infection of the skin, bones and joints bred of poverty and poor sanitation. The experimental treatment was slated to take three or four months. The masters, not caring to “lose their Slaves’ labor” for so long, denied the doctor’s request.

However, numerous slaves were exploited in medical experiments at this time. John Quier, a British doctor working in rural Jamaica, freely experimented with smallpox inoculation in a population of 850 slaves during the 1768 epidemic. Inoculation, a precursor to vaccine, involved inducing a light case of the disease in a healthy person in hopes of immunizing that person for life. 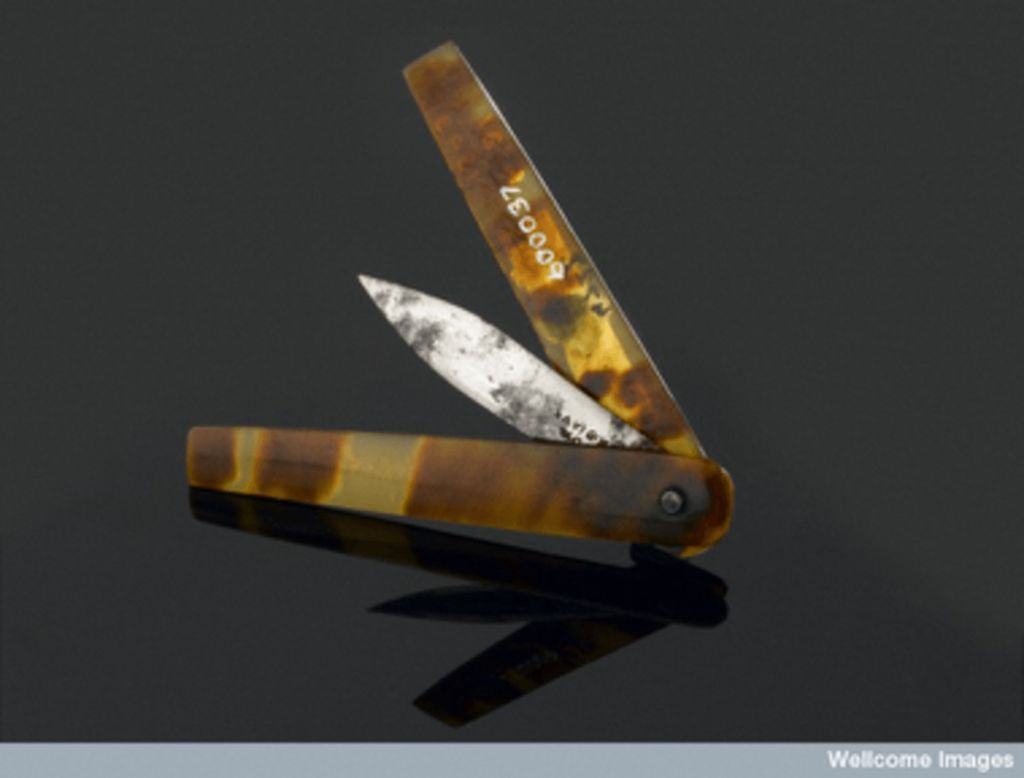 Lancet used to make small punctures – generally four or five – in the arm or leg for the purpose of inoculation.
Wellcome Images (L0057752), CC BY

Quier was employed by slave owners and would have inoculated plantation slaves for smallpox, with or without his scientific experiments. In all instances, masters had the final word. There was no issue of slave consent, or, for that matter, often physician consent.

But Quier did not simply inoculate to prevent disease. We see from his reports that he used slaves to explore questions that doctors in Europe dared not. He wanted to know, for example, whether one could safely inoculate menstruating or pregnant women. He also wanted to know if it was safe to inoculate newborn infants or a person already suffering from dropsy, yaws or fever and the like.

In his letters to colleagues in London, Quier reported that, to answer these questions, he sometimes inoculated repeatedly in the same person and at his own expense. Throughout his experiments, when pressed, Quier followed what he considered of interest to science – and not necessarily what was best for the human being standing in front of him.

The history of human experimentation is not merely about subjects used and misused, but also about subjects excluded from testing – and, as a consequence, from the potential benefits of a cure.

Today, medical researchers struggle to include women in clinical trials. It’s impossible to say when women were defined out as proper subjects of human research. But women were regularly included in medical research in the 18th century.

In 1721, the iconic Newgate Prison trials in England tested the safety and efficacy of smallpox inoculation. Of the elected six condemned criminals, there were three women and three men, matched as closely as possible for age.

Women also featured in Quier’s experiments, raising explosive questions about differences among women, many of which were about race.

For example, his London colleagues wondered whether his smallpox experiments done on “Negro women” were valid for English women. “Some gentlemen” in London were concerned that experiments done on slave women were not valid for “women of fashion, and of delicate constitutions.” Treatments appropriate for enslaved women, they warned, might well destroy ladies of “delicate habits, …educated in European luxury.” 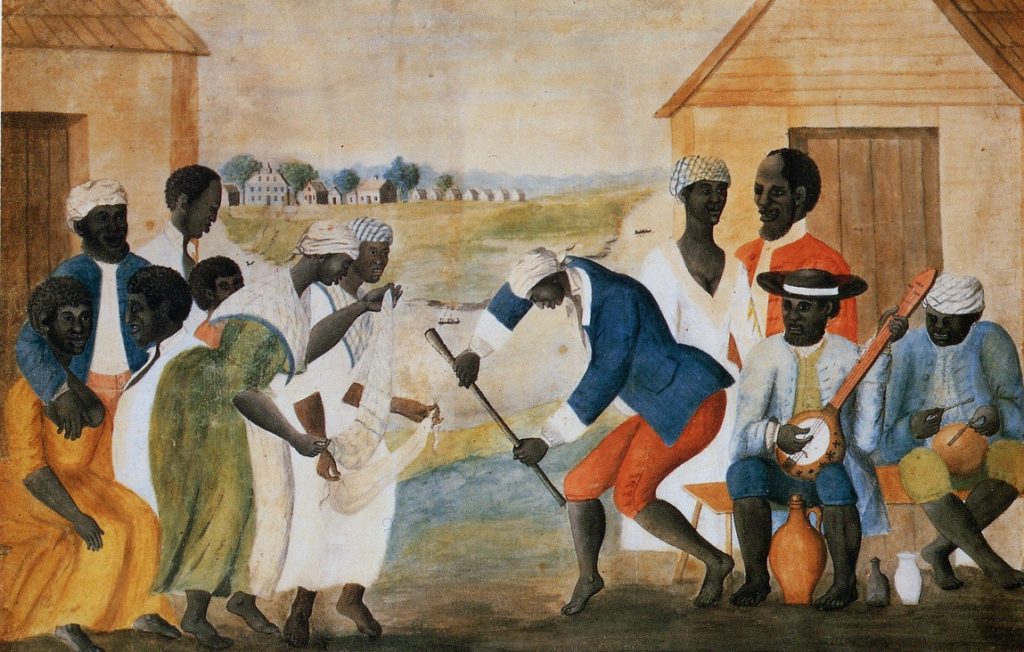 Europeans had little experience with the tropical disease they encountered in the Caribbean, but Africans did. One of my purposes in this book is to expand our knowledge of African contributions to science.

An extraordinary experiment in 1773 pitted purported slave cures against European treatments in Grenada, a small island south of Barbados. In something of a “cure-off,” a slave’s remedy for yaws was tested against the standard European remedy. Under the master’s careful eye, four slaves were treated by a European-trained surgeon, two by the slave doctor.

The surgeon employed a standard mercurial treatment, which, when taken over several years, tended to leave slaves’ health “broken.” Meanwhile, the slave set to work with methods learned in his “own Country” (presumably Africa). This consisted of sweating his patients “powerfully” twice a day in a cask with a small fire and by giving them a medicine made from two woods, known locally as “Bois Royale and Bois fer.”

The outcome? The slave’s patients were cured within a fortnight; the surgeon’s patients were not. The plantation owner, a man of science, consequently put the man of African origins in charge of all yaws patients in his plantation hospital. In the process, the enslaved man – who remained nameless and faceless throughout – was elevated in status to a “Negro Dr.” 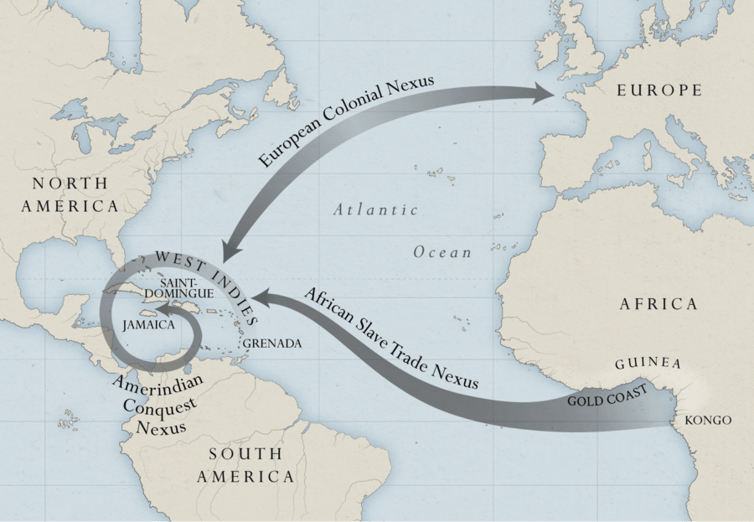 The Atlantic world represents a step in globalization, the potential enrichment of the human experience when worlds collide. But the extinction of peoples, such as the Amerindians in the Greater Antilles, coupled with the fear and secrecy bred in the enslavement of Africans, meant that knowledge did not circulate freely. Amerindians and enslaved Africans strategically held many secrets. Though hidden or suppressed, much of this knowledge can still be found today in local Caribbean remedies.

Bertrand Bajon, a French physician working in Cayenne, envied the “numerous plant cures” known to “Indians and Negroes.” Bajon pleaded that “for the good of humanity” slaves be obliged to “communicate the plants he [or she] used and the manner in which they are employed.” In return, Bajon recommended the slave be offered freedom – but not until “a great number of experiments confirmed the cure’s virtue.”

We must remember that knowledge created in this period did not respond to science for its own sake, but was fired in the colonial crucible of conquest, slavery and violence.