Why It’s Hard to Understand What’s Happening in Venezuela 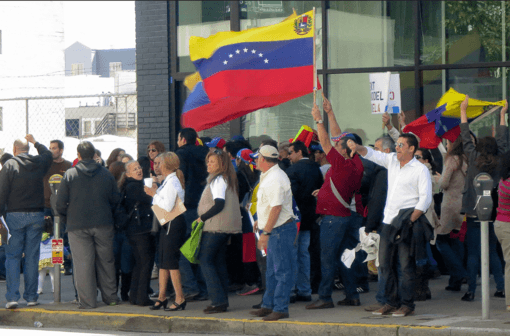 8 Aug 2017 – We hear about violence in Venezuela but not about politically motivated deaths in Mexico, Colombia and Honduras. Rigoberta Menchú, awarded the Nobel Peace Prize in 1992 for her 10-year campaign against military terror in Guatemala, asked “En nombre de qué lógica” does it make sense to single out Cuba and ignore what is happening elsewhere? So it goes with Venezuela.

It should be familiar logic. Einstein said that “mere thinking” doesn’t produce great science. He knew something Marx knew, namely, that facts always depend upon a particular perspective. It means that situations sometimes need to be changed, fundamentally, to see the facts, or some of them.

It is why José Martí declared, in his famous ‘Our America”, that a bigger hurdle for Latin America, than the power of the North, was a false view of being educated. It doesn’t happen just by possessing information. Some information doesn’t figure, without work. This point matters.

Knowledge is not power. If we don’t know what knowledge explains, or might, it’s useless. In the last 30 years, the world has produced more information than in the preceding 5,000.[i] Daily murders of journalists in Mexico are reported. There is no lack of information.

In Victor Hugo’s Les Misérables, Inspector Javert relentlessly pursues ex-convict Jean Valjean. It’s not from malice. It’s how Javert understands justice, to which he is absolutely committed. When Valjean has a chance for revenge, he sets Javert free. Javert doesn’t know what to do with an act of mercy when revenge, by ordinary reasoning, is expected.

Hugo writes that “Javert saw two roads ahead of him, both equally straight, but he saw two of them, and this terrified him, for he had never in his life known more than one straight line”.

The Right in Venezuela calls for immediate elections, expecting social and economic chaos to influence results. Yet after the failure of the first republic, Simón Bolívar, liberal though he was, said elections would sell Venezuela back to slavery. In his Cartagena Manifesto (1812), he argued that popular elections in such conditions would favour the ignorant and ambitious. He was not a dictator.

He knew the independence struggle was shackled by social structures.[ii] It required authority needed for institutional change. Similarly, Peruvian José Carlos Mariátequi, known, like Bolívar, to admire European ideas, was skeptical about “deliberation and votes” as definitive of democracy. [iii] Elections don’t easily express the will of the people when some people don’t count.

Victor Hugo had a lot in common with Martí, leader of Cuba’s last independence war against Spain.[iv] Valjean, the convict, was “no longer the like of the living, so to speak”. And for Valjean, it is “better to suffer, to bleed  … [than to] never look openly, to squint”. It’s about seeing what is there. Valjean refuses to “never look openly”.

Bolívar, Mariátegui and Martí knew that to “look openly” is first and foremost a struggle against imperialism. To talk about justice and elections without acknowledging the “march of humanity” is to never look openly. We want truth not dreams, Martí wrote. It is an obvious claim for those “no longer the like of the living”. But truth is hard. It’s not “mere thinking”, or collecting facts.

Hugo was a liberal. But he was “more tolerant of human frailty than our own Anglo-American liberalism”.[v] Lamentably, the latter dominates, including much of the left, especially in Academia. They may want to be “irreproachable”, as did Javert.

He didn’t want to see that the “rules could be brought up short by a deed”. Ana Belén Montes is one who could see this.[vi] The deed, in her case, was the Cuban Revolution. She’s in jail in the US. She saved lives but they were of people Madeleine Albright says are “worth the price …  if it furthers U.S. foreign policy objectives.” (Please sign petition here.)

Hugo, like Martí, warned of false ideals. Against the grain of current obsessions with happiness, he writes “it’s a terrible thing to be happy. How we content ourselves with it. How easily, having attained the false aim of life, we forget the real aim, duty”. Happiness is uninteresting, compared with truth.

Ana Belén Montes didn’t forget the real aim. She did what she did, she says, because the Cuban Revolution must exist.

The Bolivarian Revolution must also exist. It should be criticized, true, but not from the “the blind iron horse of the straight and narrow” that finally debilitated Javert. It has to do with truth. The familiar logic denounced by Menchú (and Bolívar, Mariátegui, Martí and others) needs to be named, persistently.

Susan Babbitt is author of Humanism and Embodiment (Bloomsbury 2014).