Alert: Nature, on the Verge of Bankruptcy 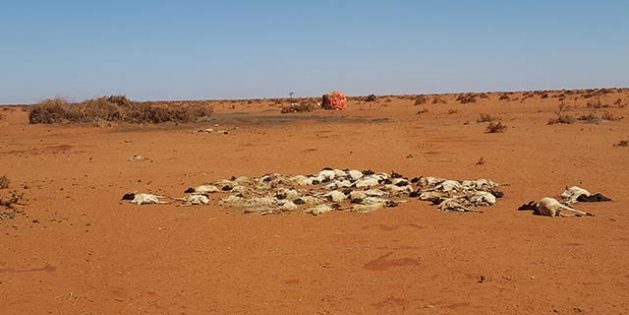 The on-going drought in the Horn of Africa is widespread, triggering a regional humanitarian crisis with food insecurity skyrocketing, particularly among livestock-owning communities, and devastating livelihoods.
Credit: FAO

12 Sep 2017 – Pressures on global land resources are now greater than ever, as a rapidly increasing population coupled with rising levels of consumption is placing ever-larger demands on the world’s land-based natural capital, warns a new United Nations report.

Consumption of the earth’s natural reserves has doubled in the last 30 years, with a third of the planet’s land now severely degraded, adds the United Nations Convention to Combat Desertification (UNCCD) new report, launched on 12 September in Ordos, China during the Convention’s 13th summit (6-16 September 2017).

“Each year, we lose 15 billion trees and 24 billion tonnes of fertile soil,” the UNCCD’s report The Global Land Outlook (GLO) says, adding that a significant proportion of managed and natural ecosystems are degrading and at further risk from climate change and biodiversity loss.

“Land degradation also triggers competition for scarce resources, which can lead to migration and insecurity while exacerbating access and income inequalities.”

In basic terms, there is increasing competition between the demand for goods and services that benefit people, like food, water, and energy, and the need to protect other ecosystem services that regulate and support all life on Earth, according to new publication.

At the same time, terrestrial biodiversity underpins all of these services and underwrites the full enjoyment of a wide range of human rights, such as the rights to a healthy life, nutritious food, clean water, and cultural identity, adds the report. And a significant proportion of managed and natural ecosystems are degrading and at further risk from climate change and biodiversity loss.

The report provides some key facts: from 1998 to 2013, approximately 20 per cent of the Earth’s vegetated land surface showed persistent declining trends in productivity, apparent in 20 per cent of cropland, 16 per cent of forest land, 19 per cent of grassland, and 27 per cent of rangeland.

These trends are “especially alarming” in the face of the increased demand for land-intensive crops and livestock.”

Land degradation contributes to climate change and increases the vulnerability of millions of people, especially the poor, women, and children, says UNCCD, adding that current management practises in the land-use sector are responsible for about 25 per cent of the world’s greenhouses gases, while land degradation is both a cause and a result of poverty.

“Over 1.3 billion people, mostly in the developing countries, are trapped on degrading agricultural land, exposed to climate stress, and therefore excluded from wider infrastructure and economic development.”

Land degradation also triggers competition for scarce resources, which can lead to migration and insecurity while exacerbating access and income inequalities, the report warns.

“Soil erosion, desertification, and water scarcity all contribute to societal stress and breakdown. In this regard, land degradation can be considered a ‘threat amplifier’, especially when it slowly reduces people’s ability to use the land for food production and water storage or undermines other vital ecosystem services. “

Meanwhile, higher temperatures, changing rainfall patterns, and increased water scarcity due to climate change will alter the suitability of vast regions for food production and human habitation, according to the report.

“The mass extinction of flora and fauna, including the loss of crop wild relatives and keystone species that hold ecosystems together, further jeopardises resilience and adaptive capacity, particularly for the rural poor who depend most on the land for their basic needs and livelihoods.”

Our food system, UNCCD warns, has put the focus on short-term production and profit rather than long-term environmental sustainability.

The modern agricultural system has resulted in huge increases in productivity, holding off the risk of famine in many parts of the world but, at the same time, is based on monocultures, genetically modified crops, and the intensive use of fertilisers and pesticides that undermine long-term sustainability, it adds.

And here are some of the consequences: food production accounts for 70 per cent of all freshwater withdrawals and 80 per cent of deforestation, while soil, the basis for global food security, is being contaminated, degraded, and eroded in many areas, resulting in long-term declines in productivity.

In parallel, small-scale farmers, the backbone of rural livelihoods and food production for millennia, are under immense strain from land degradation, insecure tenure, and a globalised food system that favours concentrated, large-scale, and highly mechanised agribusiness.

This widening gulf between production and consumption, and ensuing levels of food loss/waste, further accelerates the rate of land use change, land degradation and deforestation, warns the UN Convention. 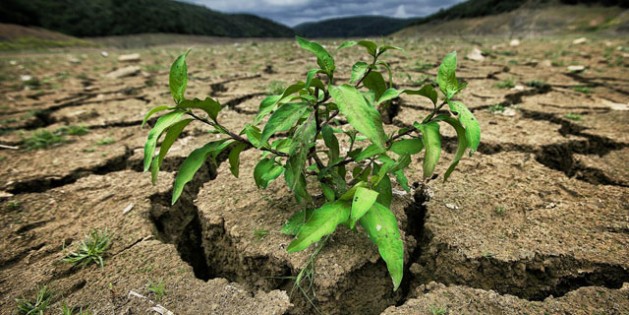 Speaking at the launch of the report, UNCCD Executive Secretary Monique Barbut said, “Land degradation and drought are global challenges and intimately linked to most, if not all aspects of human security and well-being – food security, employment and migration, in particular.”

“As the ready supply of healthy and productive land dries up and the population grows, competition is intensifying, for land within countries and globally. As the competition increases, there are winners and losers.

No Land, No Civilisation

According the Convention, land is an essential building block of civilisation yet its contribution to our quality of life is perceived and valued in starkly different and often incompatible ways.

A minority has grown rich from the unsustainable use and large-scale exploitation of land resources with related conflicts intensifying in many countries, UNCCD states.

“Our ability to manage trade-offs at a landscape scale will ultimately decide the future of land resources – soil, water, and biodiversity – and determine success or failure in delivering poverty reduction, food and water security, and climate change mitigation and adaptation.”

A Bit of History

Except for some regions in Europe, human use of land before the mid-1700s was insignificant when compared with contemporary changes in the Earth’s ecosystems, UNCCD notes, adding that the notion of a limitless, human-dominated world was embraced and reinforced by scientific advances.

“Populations abruptly gained access to what seemed to be an unlimited stock of natural capital, where land was seen as a free gift of nature.”

The scenario analysis carried out for this Outlook examines a range of possible futures and projects increasing tension between the need to increase food and energy production, and continuing declines in biodiversity and ecosystem services.

From a regional perspective, these scenarios predict that sub-Saharan Africa, South Asia, the Middle East, and North Africa will face the greatest challenges due to a mix of factors, including high population growth, low per capita GDP, limited options for agricultural expansion, increased water stress, and high biodiversity losses.

These are the real facts. The big question is if this self-destructive trend can be reversed? The answer is yes, or at least that losses could be minimised.

On this, Monique Barbut said that the GLO report suggests, “It is in all our interests to step back and rethink how we are managing the pressures and the competition.”

“The Outlook presents a vision for transforming the way in which we use and manage land because we are all decision-makers and our choices can make a difference – even small steps matter,” she further added.

For his part, UN Development Programme Administrator Achim Steiner stated, “Over 250 million people are directly affected by desertification, and about one billion people in over one hundred countries are at risk.”

They include many of the world’s poorest and most marginalised people, he said, adding that achieving land degradation neutrality can provide a healthy and productive life for all on Earth, including water and food security.

The Global Land Outlook shows that “each of us can in fact make a difference.”

Can Mother Nature recover? The answer is a clear yes. Perhaps it would suffice that politicians pay more attention to real human real needs than promoting weapons deals — and that the big business helps replenish the world’s natural capital.