Amid Escalating Violence, El Salvador’s Young People Are Struggling to Build a Future 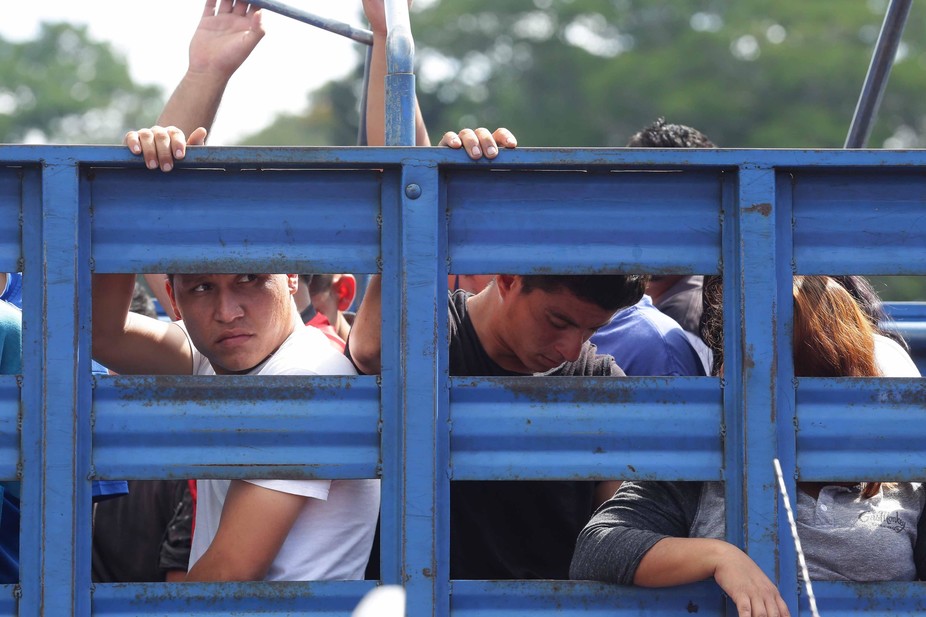 29 Aug 2017 – In a quiet side street of one of San Salvador’s infamous northern districts, lies a small community centre. All day, it is filled with small groups of children playing, paying little attention to how precarious their surroundings are.

Severe violence is an established reality in the capital of the Central American country of El Salvador. The district’s residents suffer high levels of unemployment and underemployment, entrenched poverty, and a lack of access to adequate state services. Gang activity has taken a firm hold and deeply marks everyday life. The district lives under a feared system of social control meted out by a gang called MS-13.

While it remains difficult to obtain accurate numbers, the minister of defence, David Munguía Payés, has placed the number of gang members active in El Salvador at 60,000. And while the gangs aren’t solely responsible at the national level, El Salvador ended 2016 with 5,278 deaths attributed to violence. That indicates an average of between 14 to 15 people murdered daily, within a national territory roughly the size of Wales.

While San Salvador suffers from the reality of these statistics, the community centre – which was established in 2009 and survives off charitable donations – exists as a refuge amid the violence. It offers a secure space outside of school hours where young people between the ages of five and 16 are able to safely interact with one another. This is crucial in a country where the narrowing of alternatives and the search for a place in the world often leads young people into the open arms of local gangs.

I began working with the centre in August 2011 to run a social group there. Since then, I have been almost continually involved, either as a youth worker or researcher.

From truce to terror

In the centre’s early years, both gangs and the security forces battling them created a constant atmosphere of apprehension and suspicion. But there were no incidents to mention, and neither interfered with or restricted the growing number of programmes that the centre offered.

In 2012, a national-level truce was declared whereby the gangs pledged to end many of their violent practices and the state committed to reducing its most repressive anti-gang strategies. The effects in San Salvador were palpable and a tense calm was felt. The security forces became conspicuous by their absence and the gang members became emboldened and operated more openly. 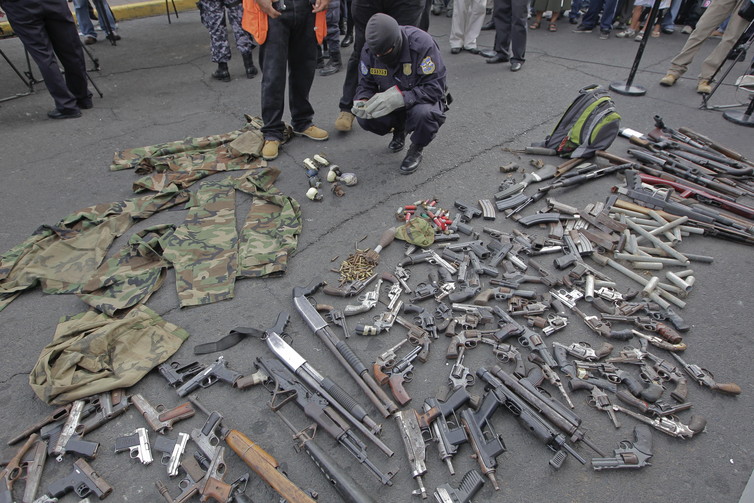 Weapons handed in by six Salvadoran gangs during the truce in 2013.
Roberto Escobar/EPA

By mid-2014, the truce had fallen apart. As the government backtracked on the concessions that had been granted and cut the mechanisms of dialogue with and between gang leaders, it resumed its previous heavy-handed repression of the gangs.

Since the end of the truce, the changes in this district of San Salvador have been profound. The mood became extremely tense and volatile. Open war was declared and the gangs responded. Exchanges of gunfire between gang members and security forces have become an almost daily occurrence since, on occasion just a few metres from the doors of the community centre.

At the same time, the gangs began to impose themselves with greater force on the local population. Young men and women associated with the centre began to be targeted by the gangs in increasingly violent ways. Forced recruitment and sexual violence escalated, and many, to protect themselves and their families, were forced to join the wave of Salvadorans fleeing north to the US.

Today, those that remain have found themselves caught between increased gang activity and the repressive stance of the Salvadoran state, which has imposed itself in an ever more belligerent manner. Security forces now associate this district of San Salvador with violence and criminality. Any young person from there is deemed to be an active or potential gang member, and any resident an accomplice. This makes everyone an open target for intimidation and persecution.

The escalation of violence within the district has greatly restricted the lives of the young people who live there. The programmes offered by the centre have been cut back to a minimum. The charitable organisation no longer sends youth workers to the community and funds have narrowed considerably.

As the violence has drawn ever nearer to the everyday lives of the local population, little by little things have fallen apart. The gradual restriction of opportunities leaves very few options for many desperate young people. For some, gang membership is the only way to survive, despite the exposure to violence that it brings. For a generation of decent and conscientious young people, choosing a dignified future is an inherently treacherous exercise.

I am not calling for the gangs to be treated with velvet gloves, nor for the repressive security measures already in place to be intensified, but for the government to look beyond its current narrow focus to embrace a more complete approach to violence prevention.

Programmes that offer hope to young people are a more effective way of preventing violence at the root than the current repressive approach of the Salvadoran state. If not, its actions can only serve to further incriminate and condemn a whole generation of young people whose present and future is being lost among the brutality and the bloodshed.