11 Sep 2017 – The United Nations human rights chief today lashed out at the treatment of the Rohingya in Myanmar which has led to more than 300,000 people fleeing to Bangladesh in the past three weeks, as security forces and local militia reportedly burn villages and shoot civilians.

“The situation seems a textbook example of ethnic cleansing,” Zeid Ra‘ad al-Hussein told the UN Human Rights Council in Geneva, noting that the current situation cannot yet be fully assessed since Myanmar has refused access to human rights investigators. 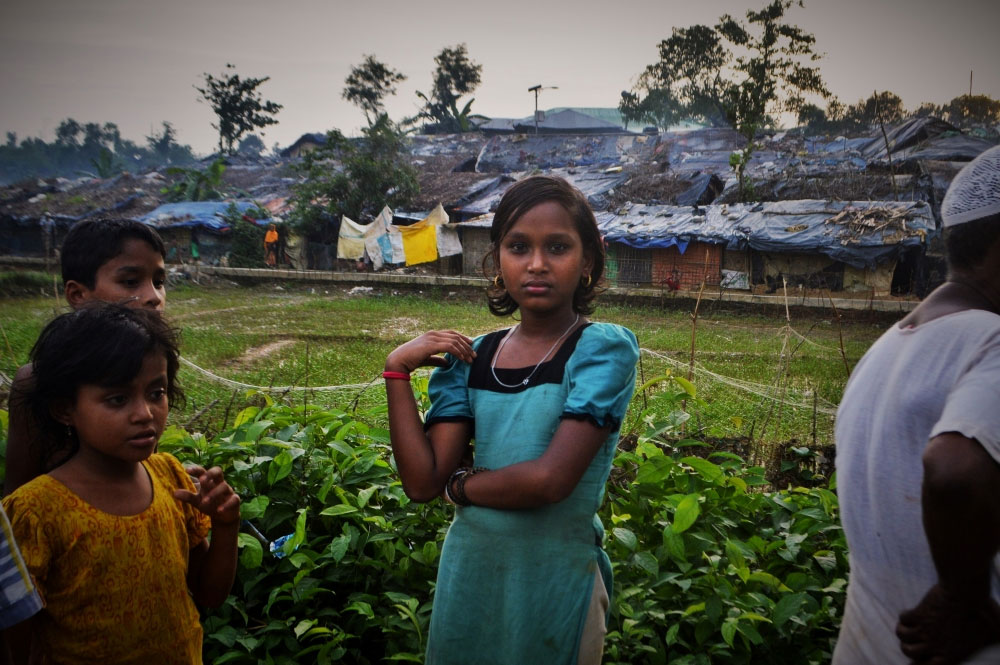 He cited reports of Myanmar authorities laying landmines along the border with Bangladesh and requiring returnees to provide “proof of nationality,” an impossibility given that successive Myanmar governments have since 1962 progressively stripped the Rohingya population of their political and civil rights, including citizenship rights.

The latest security operation in Rakhine state follows attacks by militants on 25 August against 30 police posts.

The High Commissioner called the response “clearly disproportionate” and “without regard for basic principles of international law,” and said the Government should “stop claiming that the Rohingyas are setting fire to their own homes and laying waste to their own villages.”

“This complete denial of reality is doing great damage to the international standing of a Government which, until recently, benefited from immense good will,” he said.

“I call on the Government to end its current cruel military operation, with accountability for all violations that have occurred and to reverse the pattern of severe and widespread discrimination against the Rohingya population,” he added, calling for his Office (OHCHR) to obtain unfettered access to the country.

VIDEO: UN human rights chief Zeid Ra’ad Al Hussein denounces the treatment of the Rohingya in Myanmar, which has led to more than 300,000 people fleeing to Bangladesh in recent weeks.

Last year, Mr. Zeid issued a report warning that the pattern of gross violations of the human rights of the Rohingya suggested a widespread or systematic attack against the community, possibly amounting to crimes against humanity.

In today’s statement, he also addressed Bangladeshi authorities, encouraging them to maintain open borders for the refugees, and the international community to help support the refugees. Humanitarian agencies in Bangladesh today appealed for $77 million to aid an estimated 300,000 refugees through the end of the year.

At the same time, he deplored measures taken by India, which has said it is not a signatory to the Refugee Convention and can deport Rohingyas.

Warnings of escalating violence in Venezuela

Among other issues raised in his address today was the situation in Venezuela, where Mr. Zeid said that crimes against humanity may have been committed, and where tensions have the potential to escalate further.

He noted a report issued by OHCHR last month highlighting excessive use of force by security officers and multiple other human rights violations, and urged authorities in Venezuela – which is a member of the Geneva-based forum – “to uphold the highest standards in the promotion and protection of human rights.”

Given the very real dangers to human rights in the country, he urged the Human Rights Council to establish an international investigation and called for the involvement of the international community.

Call for international probe into abuses in Yemen

Mr. Zeid also called for the establishment of an international and independent investigative body to probe the human rights situation in Yemen, which he called “extremely alarming.”

He noted that 62 international and Yemeni non-governmental organizations had submitted a letter to the Council requesting such an inquiry.

“The devastation of Yemen and the horrific suffering of its people will have immense and enduring repercussions across the region,” Mr. Zeid said. “I appeal to the parties to the conflict to reach a negotiated and durable solution, and to adhere to their obligations under international law, including by facilitating the unimpeded delivery of humanitarian relief.”