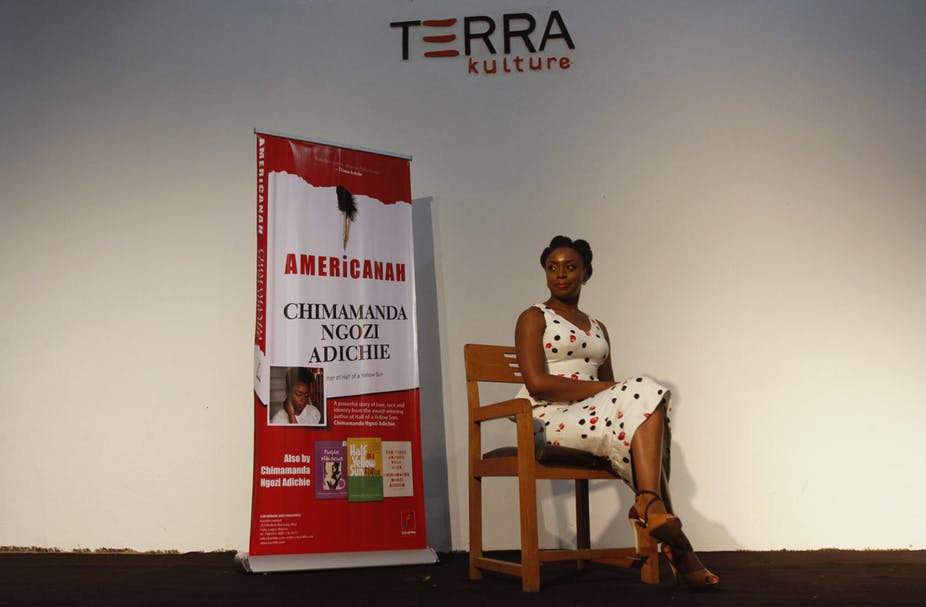 Novelist Chimamanda Ngozi Adichie after a reading of her book ‘Americanah’ in Lagos in 2013. Akintunde Akinleye /Reuters

9 Oct 207 – African literature is the object of immense international interest across both academic and popular registers. Far from the field’s earlier, post-colonial association with marginality, a handful of star “Afropolitan” names are at the forefront of global trade publishing.

Books like Chimamanda Adichie’s “Americanah” and “Half of a Yellow Sun”, Teju Cole’s “Open City”, Taiye Selasi’s “Ghana Must Go” and Yaa Gyasi’s “Homegoing” have confounded neat divisions between Western and African literary traditions. The Cameroonian novelist Imbolo Mbue captured a million-dollar contract for her first book, “Behold the Dreamers”. That’s even before it joined the Oprah’s Book Club pantheon this year.

Such commercial prominence, though, has attracted considerable and unsurprising push back from Western and Africa-based critics alike. Far from advancing narratives with deep roots in local African realities, such critics fear, many of Africa’s most “successful” writers hawk a superficial, overly diasporic, or even Western-focused vision of the continent. 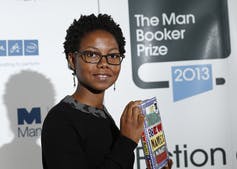 Noviolet Bulawayo was shortlisted for the Man Booker prize in 2013 for her book. Olivia Harris/Reuters

The most visible of these critiques has been directed at the Zimbabwean writer NoViolet Bulawayo’s “We Need New Names” (2013). The Nigerian novelist Helon Habila worried in a review in the London Guardian that it was “poverty-porn”. The popular Nigerian critic Ikhide Ikheloa (“Pa Ikhide”) frequently makes a similar point. Fellow Nigerian writer Adaobi Nwaubani critiqued the West’s hold on Africa’s book industry in a much-circulated New York Times piece called “African Books for Western Eyes”.

Such debates about African writing could, and likely will, go on forever. Questions about Africa’s place in the current global literary marketplace broaden some of the most urgent queries of the postcolonial era. Who gets to document African realities? Who are the “gatekeepers” of African publishing traditions?

It goes on: To what sort of audience does African writing cater? What is the role – and what should it be, if any – of Western institutions in brokering cultural prestige?

All these issues merit concern.

Between the default poles

Too often, though, African writing ends up volleyed between two default poles of “corporate global” and “activist local”. Some onlookers, as in a recent essay by the Canadian scholar Sarah Brouillette, go as far as to name the biases of even Africa-based print outlets. Kenya’s Kwani Trust is exposed as “Western-facing” due to a web of donor relations. “West” here is code for neoliberal. “Western-facing” is for complicity with a market that skews toward British and American interests.

Faced with a “world system” argument like Brouillette’s, African literature would seem trapped between a rock and a hard place.

But, in fact, this tells only a small part of the story of how African writing now makes its way through the world. It is incomplete to the point of being outdated, given the boom over the past five years in new, globally conscious small US literary presses collaborating with African writers.

A “West subsuming Africa” brand of critique works fine for scholars with no real skin in the game of literary publishing. It also denies real agency to a lot of African writers and other literary professionals. On the ground the literary field is far more forward-thinking and diverse.

There is an entire new body of African writing that escapes this closed circuit of damning truisms. A wave of new or recently galvanised independent literary presses in the US and the UK are working in tandem with some of Africa’s most generative outlets. Together they are publishing and promoting work by young and adventurous African writers.

These include Jennifer Nansubuga Makumbi’s Ugandan epic “Kintu” which was originally launched by Kwani. It was the first Anglophone novel put out by the brand-new Transit Books based in Oakland, California. The press seeks maximum visibility for translated fiction alongside texts originally written in English. They advocate for more ethical legal and financial dealings with translators, as well as international writers. 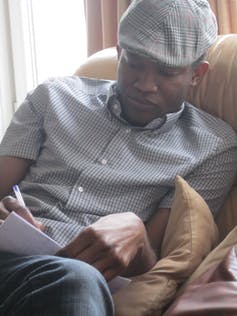 A number of similarly tiny, ambitious ventures have published some of the most acclaimed recent African writing in translation. Deep Vellum Publishing was behind the English translation of Fiston Mwanza Mujila’s Etisalat Prize-winning “Tram 83”.

In a similar vein, Brooklyn’s Restless Books was founded to combat “parochial, inward-looking, and homogenised trends in American publishing”. Among their forthcoming titles, translated from the French is Naivo’s “Beyond the Rice Fields”. It’s the first novel from Madagascar to see its way to English.

Veteran nonprofit press Archipelago Books is also in Brooklyn. In 2015, it published the translation from the Portuguese of Angolan writer Jose Eduardo Agualusa’s “A General Theory of Oblivion”.

Every one of these throws a wrench in a clear, cynical sense of what kind of novel Western presses prize. That is not to mention the many African writers, publishers, and editors working in concert to promote these same texts.

It applies to the Anglosphere too. Books that offer a decidedly more locally textured experience than those of the “Afropolitan” rock stars have made their way abroad through small, focused channels.

Clearly, this collection just scratches the surface. But what these works have in common is an investment in stylistic and structural experimentation that confounds rather than caters to an international taste for “digestible” fiction, or to mostly Western points of cultural and institutional reference.

This counter-current of transnational African literary life complicates the equation of culture, geopolitics and economics in more useful ways than stale materialist critiques.

As such titles and presses continue to gain acclaim and recognition by an international readership that is aware of and hostile to shallow representations of Africa – and who crave engagement with challenging fiction, regardless of its origin – critics will need to rethink some of their orthodoxies.

There is more to both African literature and Western publishing than meets an eye too practised in its suspicion. If literature is doomed only to echo the failings of globalisation, then why bother? On the contrary, a new generation of writers and publishers deserve our awareness of the “global literary marketplace” as a meaningfully multidimensional space.