Wildfires Rage through Portugal and Spain, Kill at Least 39 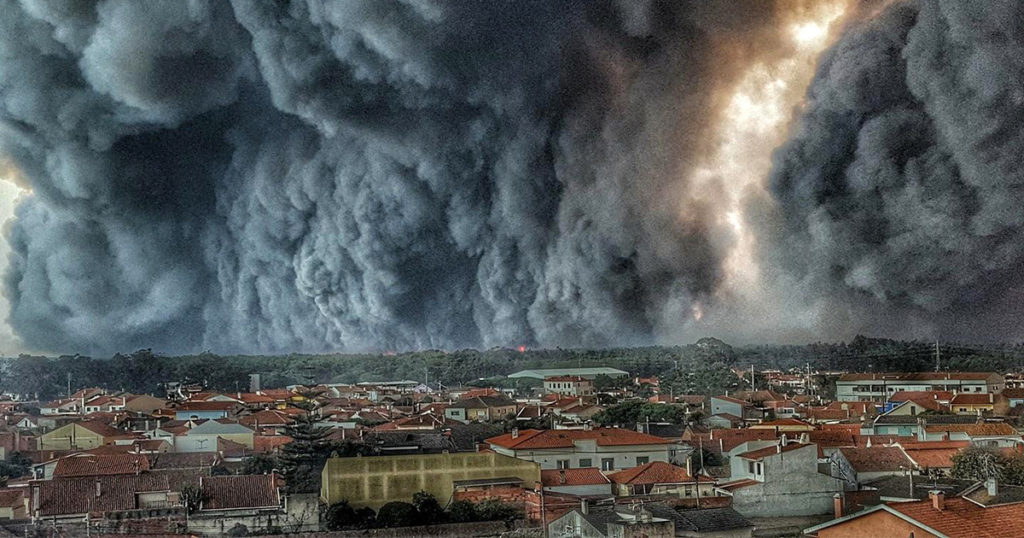 Hundreds of fires in both countries are being fanned by winds from Hurricane Ophelia in the north, currently barreling towards Ireland, and encouraged by extremely dry terrain from a scorching hot summer in the region.

Sixty-four people died in a wildfire in Portugal in June, and the country has declared a state of emergency in the northern region. “We are facing new (weather) conditions” due to climate change, Portuguese Interior Minister Constanca Urbano de Sousa told the press, as she also referenced the fires blazing in California. “In an era of climate change, such disasters are becoming reality all over the world.”

As reported by Vox:

“As with the ongoing wildfires in California, human activity ranging from forest management practices to deliberate ignition are exacerbating the damage from infernos in Europe …

Meanwhile, the European Environment Agency projected a rise in the “length and severity of the fire season, the area at risk and the probability of large fires,” as average temperature rises this century.

Europe’s fire season has already grown from July through August to June through October over the past 50 years.”

For a deeper dive: