30 Oct 2017 – The U.S. federal government should adopt a strategy to manage climate change risks, as their cost to the government may rise as much as $35 billion per year by mid-century, a congressional watchdog office report released today said. 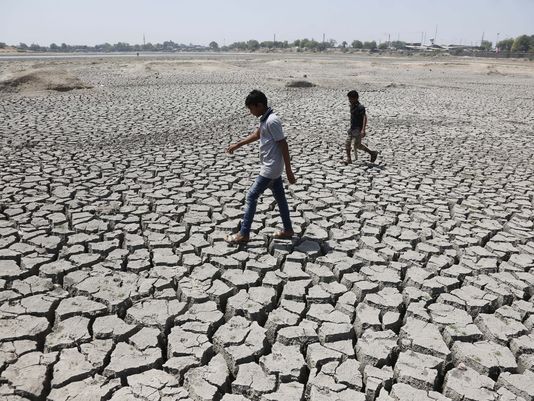 Climate change is already having an extraordinary impact on human health worldwide — affecting the spread of infectious diseases, exposing millions to air pollution and heat waves and dramatically reducing labor productivity, according to  a report released Monday.

“The human symptoms of climate change are unequivocal and potentially irreversible,” the report by the British medical journal The Lancet says, and the situation is so serious that significant gains by modern medicine and technology are being undercut.

“The delayed response to climate change over the past 25 years has jeopardized human life and livelihoods,” the report says.

While most previous similar studies have covered the potential impact of climate change on future public health problems, the Lancet report goes a step further and illustrates how it is no longer a future threat but a present one.

The direct effects of climate change “result from rising temperatures and changes in the frequency and strength of storms, floods, droughts and heat waves — with physical and mental health consequences,” it says.

For example, from 2000 to 2016, there has been a 46% increase in the number of weather-related disasters, the report notes.

Some of the findings of the Lancet Countdown on Health and Climate Change report:

Cutting the greenhouse gas emissions that lead to global warming is necessary for public health, the report says. Reductions have already begun to occur across major economies, driven by the expansion of renewable energy and the phasing out of coal.

Curbing emissions could have immediate and substantial health benefits, the report says, such as cleaner air in previously polluted cities.

“Preventing illnesses and injuries is more humane, more effective and more economical than treating people once they’ve become sick,” said Howard Frumkin of the University of Washington School of Public Health, one of the study authors.

“That’s plain common sense,” he added. “What this report makes clear is that fighting climate change is disease prevention.”

Christiana Figueres, former executive secretary of the United Nations’ Framework Convention on Climate Change, said “the Lancet Countdown’s report lays bare the impact that climate change is having on our health today. It also shows that tackling climate change directly, unequivocally and immediately improves global health. It’s as simple as that.”

Doyle Rice has covered weather and climate for USA TODAY since 2004. From blizzards and hurricanes to tornadoes and floods, the USA’s wild weather keeps him busy.