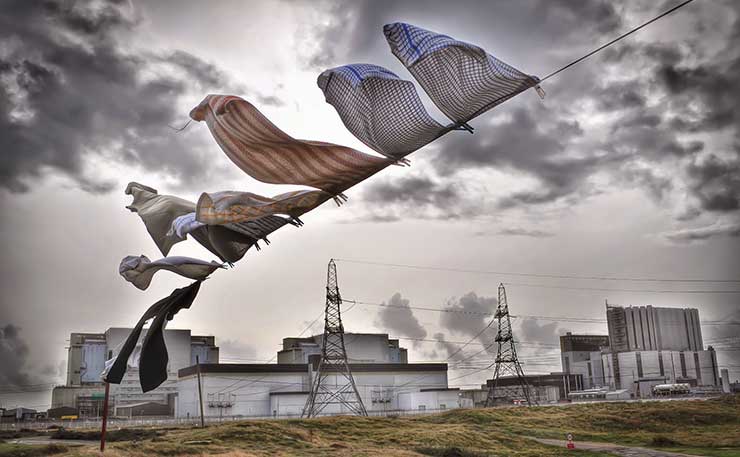 Dungeness is a nuclear power station on the south coast of England. It was the first Advanced Gas-cooled reactor to begin construction in the UK. (IMAGE: Simon Ingram, Flickr)

12 Nov 2017 – This year has been catastrophic for nuclear power, and just when it seemed the situation couldn’t get any worse for the industry, it did. There are clear signs of a nuclear slow-down in China, the only country with a large nuclear new-build program.

China’s nuclear program “has continued to slow sharply”, Kidd writes, with the most striking feature being the paucity of approvals for new reactors over the past 18 months. China Nuclear Engineering Corp, the country’s leading nuclear construction firm, noted earlier this year that the “Chinese nuclear industry has stepped into a declining cycle” because the “State Council approved very few new-build projects in the past years”.

Kidd continues: “Other signs of trouble are the uncertainties about the type of reactor to be utilised in the future, the position of the power market in China, the structure of the industry with its large state-owned enterprises (SOEs), the degree of support from top state planners and public opposition to nuclear plans.” 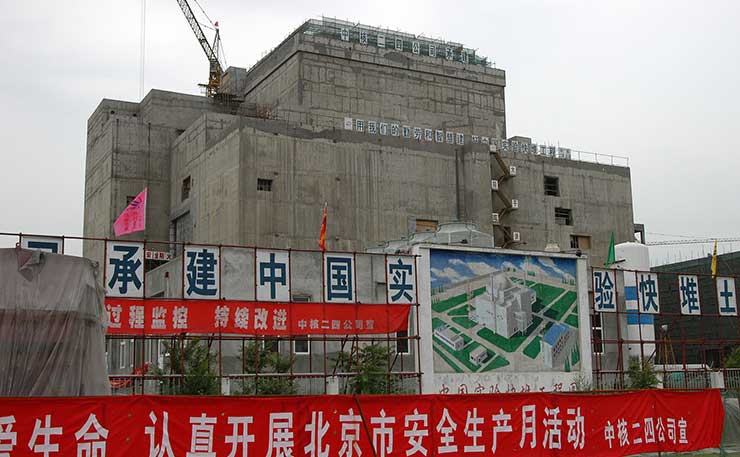 Over-supply has worsened in some regions and there are questions about how many reactors are needed to satisfy power demand. Kidd writes: “[T]he slowing Chinese economy, the switch to less energy-intensive activities, and over-investment in power generation means that generation capacity outweighs grid capacity in some provinces and companies are fighting to export power from their plants.”

Kidd estimates that China’s nuclear capacity will be around 100 GW by 2030, well below previous expectations. Forecasts of 200 GW by 2030, “not unusual only a few years ago, now seem very wide of the mark.” And even the 100 GW estimate is stretching credulity ‒ nuclear capacity will be around 50 GW in 2020 and a doubling of that capacity by 2030 is highly unlikely in the context of the slow-down.

Kidd states that nuclear power in China may become “a last resort, rather as it is throughout most of the world”. The growth of wind and solar “dwarfs” new nuclear, he writes, and the hydro power program “is still enormous”.

Chinese government agencies note that in the first half of 2017, renewables accounted for 70 per cent of new capacity added (a sharp increase from the figure of 52 per cent in 2016), thermal sources (mainly coal) 28 per cent and nuclear just 2 per cent. And just in the past week, Beijing announced plans to stop or delay work on 95 GW of planned and under-construction coal-fired power plants.

Crisis in the US and malaise elsewhere

The plan to build two AP1000 reactors in South Carolina ‒ abandoned in July after A$11.5‒13.3 billion was spent on the partially-built reactors ‒ is now the subject of multiple lawsuits and investigations including criminal probes.

Westinghouse, the lead contractor, filed for bankruptcy protection in March. Westinghouse’s parent company Toshiba is selling its most profitable business (memory chips) to stave off bankruptcy.

Pro-nuclear commentator Dan Yurman discussed the implications of the decision to abandon the VC Summer project in South Carolina in a September 11 post:

“It is the failure of one of the largest capital construction projects in the U.S. Every time another newspaper headline appears about what went wrong at the VC Summer project, the dark implications of what it all means for the future of the nuclear energy industry get all the more foreboding…. Now instead of looking forward to a triumph for completion of two massive nuclear reactors generating 2300 MW of CO2 emission free electricity, the nation will get endless political fallout, and lawsuits, which will dominate the complex contractual debris, left behind like storm damage from a hurricane, for years to come.”

The only other nuclear new-build project in the US ‒ two partially-built AP1000 reactors in Georgia ‒ is hanging on by a thread. Georgia’s Public Service Commission is reviewing a proposal to proceed with the reactors despite the bankruptcy filing of the lead contractor (Westinghouse), lengthy delays (5.5 years behind schedule) and a doubling of the cost estimate (the original estimate was A$17.9 billion and the latest estimates range from A$32.5‒38.4 billion for the two reactors).

Indicative of their desperation, some nuclear advocates in the US (and to a lesser extent the UK) are openly acknowledging the contribution of nuclear power (and the civil nuclear fuel cycle) to the production of nuclear weapons and using that as an argument to sharply increase the massive subsidies the nuclear power industry already receives.

Elsewhere, the nuclear industry is in deep malaise and has suffered any number of setbacks this year. Pro-nuclear lobby groups are warning about nuclear power’s “rapidly accelerating crisis“, a “crisis that threatens the death of nuclear energy in the West“, and noting that “the industry is on life support in the United States and other developed economies”. 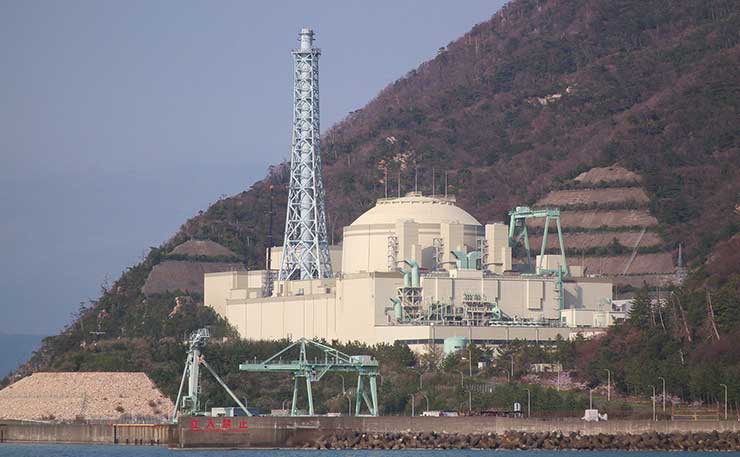 The French nuclear industry is in its “worst situation ever“ according to former EDF director Gérard Magnin. The only reactor under construction in France is six years behind schedule, the estimated cost has escalated from A$5 billion to A$16 billion, and the regulator recently announced that the pressure vessel head of the reactor will need to be replaced by 2024 following a long-running quality-control scandal. The two French nuclear utilities face crippling debts (A$56.5 billion in the case of EDF) and astronomical costs (up to A$151 billion to upgrade ageing reactors, for example), and survive only because of repeated government bailouts.

In South Africa, a High Court judgement on April 26 ruled that much of the country’s nuclear new-build program is without legal foundation. There is little likelihood that the program will be revived given that it is shrouded in corruption scandals and President Jacob Zuma will leave office in 2019 (if he isn’t ousted earlier).

Public support for South Korea’s nuclear power program has been in free-fall in recent years, in part due to a corruption scandal. Incoming President Moon Jae-in said on June 19 that his government will halt plans to build new nuclear power plants and will not extend the lifespan of existing plants beyond 40 years.

In June, Taiwan’s Cabinet reiterated the government’s resolve to phase out nuclear power by 2025.

In the UK, nuclear industry lobbyist Tim Yeo says the compounding problems facing the industry “add up to something of a crisis for the UK’s nuclear new-build programme”. The estimated cost of the only two reactors under construction was recently increased to A$46.2 billion (A$23.1 billion each) and they are eight years behind schedule. 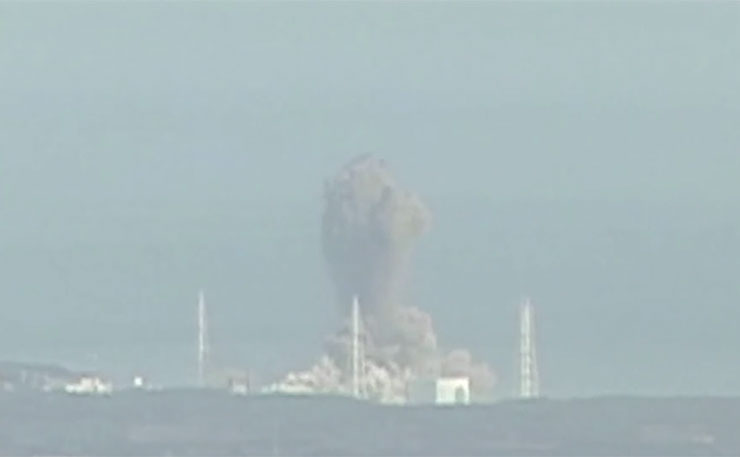 Explosions at Fukushima during the meltdown.

In Japan, Fukushima clean-up and compensation cost estimates have doubled and doubled again and now stand at A$245 billion. Only five reactors are operating in Japan, compared to 54 before the March 2011 Fukushima disaster.

In Russia, Rosatom’s deputy general director Vyacheslav Pershukov said in June that the world market for new nuclear power plants is shrinking, and the possibilities for building new large reactors abroad are almost exhausted. He said Rosatom expects to be able to find customers for new reactors until 2020‒2025 but “it will be hard to continue”.

The International Atomic Energy Agency (IAEA) has released the 2017 edition of its International Status and Prospects for Nuclear Power report series.

Pro-nuclear assessments present low and high forecasts and readers might reasonably assume that the most likely outcome will lie somewhere in the middle. But the IAEA has assessed its past performance and found that even its low-growth forecasts tend to be too high (see p56 in this IAEA report and see this analysis).

The IAEA has sharply reduced its forecasts since the Fukushima disaster ‒ partly because of the political fallout of that disaster, and partly because nuclear power is the only energy source that is becoming more expensive over time (a negative learning curve).

Note that the current high estimate for nuclear capacity in 2030 (554 GW) is only slightly higher than the pre-Fukushima low estimate (546 GW).

The IAEA’s long-term low-growth forecast is that nuclear capacity will rebound after falling to 332 GW in 2040 and will be close to the current capacity of 392 GW in 2050. The report notes that achieving that underwhelming outcome ‒ stagnation over the next one-third of a century ‒ would require 320 GW of new build to replace retired reactors. In other words, 10 new reactors will need to come online each year until 2050 just to maintain current nuclear capacity. 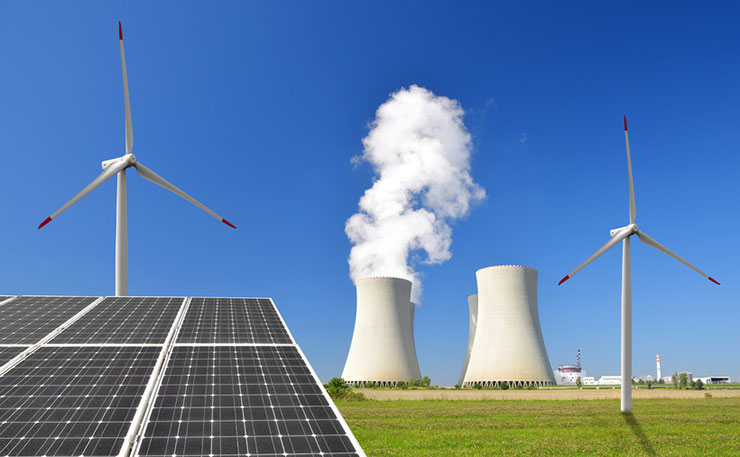 The recent IAEA report states that the share of nuclear power in total global electricity generation has decreased for 10 years in a row, to under 11 per cent in 2015, yet “this still corresponds to nearly a third of the world’s low carbon electricity production”. In other words, renewables (24.5 per cent) generate more than twice as much electricity as nuclear power (10.5 per cent) and the gap is growing rapidly.

Five years from now, renewables will likely be generating three times as much electricity as nuclear reactors. The International Energy Agency (IEA ‒ not to be confused with the IAEA) recently released a five-year forecast for renewables, predicting capacity growth of 43 per cent (920 GW) by 2022. The latest forecast is a “significant upwards revision” from last year’s forecast, the IEA states, largely driven by expected solar power growth in China and India.

The IEA forecasts that the share of renewables in power generation will reach 30 per cent in 2022, up from 24 per cent in 2016. By 2022, nuclear’s share will be around 10 per cent and renewables will be out-generating nuclear by a factor of three. Non-hydro renewable electricity generation has grown eight-fold over the past decade and will probably surpass nuclear by 2022, or shortly thereafter, then leave nuclear power in its wake as renewables expand and the ageing nuclear fleet atrophies.

A longer version of this article was originally published in the Nuclear Monitor newsletter.