The Japanese whaling fleet has left from Japan bound for the waters of the Southern Ocean Whale Sanctuary. Sea Shepherd Founder, Captain Paul Watson, explains why we will not be sending our ships to Antarctica this season.

The reason that Sea Shepherd Conservation Society is not now pursuing the Japanese whaling fleet is simple.

Sea Shepherd cannot match the surveillance and military technology of the Japanese government and their fleet of criminal poachers.

The whalers have real time Sat-Surveillance – Sea Shepherd does not.

The whalers have $50 million U.S. in subsidies from their government.

The whalers have military backing.

The whalers have the full backing of their government because the whaling fleet is owned by the Japanese government. They can inflict violence without repercussions. When we defend ourselves non-violently, there are severe repercussions.

Sea Shepherd does not have the backing of any government in opposing illegal Japanese whaling operations in the Southern Ocean.

Sea Shepherd operates within the boundaries of practicality. 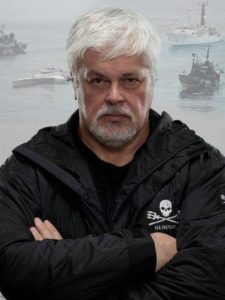 Last year Sea Shepherd could find the whaling fleet but could not close in because Japanese real time sat-technology can tell them exactly where Sea Shepherd ships are at all times. We have no way to compete with that. This is government military level technology completely unavailable to us.

Japan also passed new anti-terrorism laws specifically to stop Sea Shepherd and these laws would have allowed the use of lethal force and would allow severe punishments to our crews.

In other words, the world changed and not in favor of the whales or us.

Last year we were criticized by some former supporters and crew for not finding them when the reality is that we could not possibly engage them.

To continue would be foolish. We would spend a few million dollars and many months only to have another failure to engage, and if we did by some miracle encounter the fleet, we would be subject to lethal force without support from our own cowardly governments.

In short, Sea Shepherd went as far as we could possibly go with the resources we had within a very hostile environment against an extremely powerful and ruthless government.

On the positive side, we accomplished a great deal.

Humpbacks and Fins are now off the kill list.

The Japanese government are now spending an obscene amount of money to keep their outlaw fleet afloat.

Sea Shepherd contributed greatly towards securing evidence that helped to convince the International Court of Justice to condemn Japanese so called scientific whaling as bogus and unlawful.

And these achievements did not happen without cost.

My personal freedom to travel was taken away and five years later I still cannot travel abroad.

“To continue would be foolish. We would spend a few million dollars and many months only to have another failure to engage, and if we did by some miracle encounter the fleet, we would be subject to lethal force without support from our own cowardly governments.”
— Captain Paul Watson

So where do we go from here?

What needs to happen is for a courageous and ethically motivated government to challenge Japan in the Southern Ocean.

Australia is very much politically and morally compromised to do anything about it.

The President of the United States who just dined on shark fin soup in Vietnam will not do anything about it. 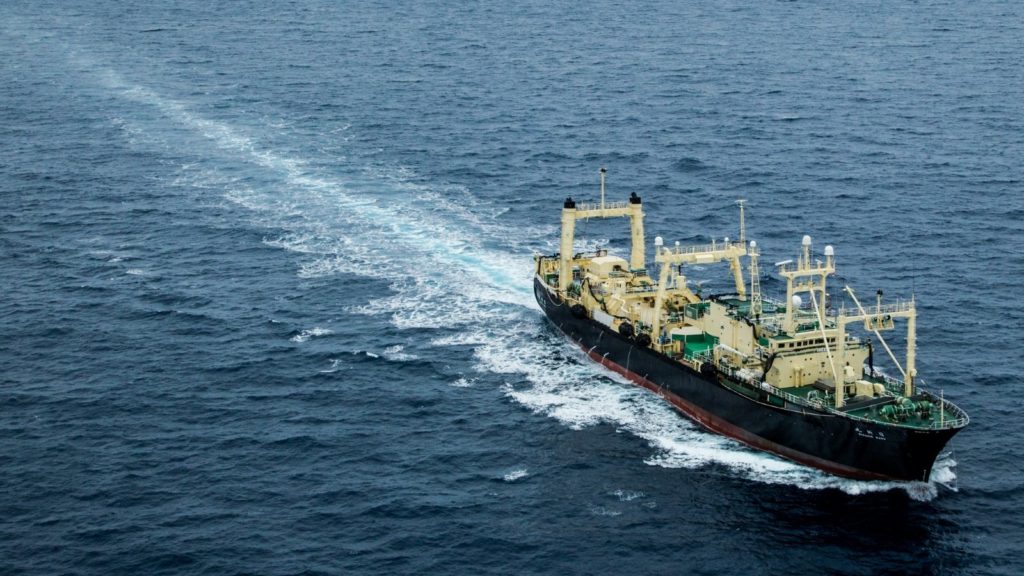 But perhaps New Zealand will. The newly elected government of New Zealand seems inclined to act and we need to encourage them to act.

The New Zealand Foreign Affairs Minister Winston Peters is making it clear he’s not happy with Japan’s continued hunting of whales in the Southern Ocean.

Winston Peters at the APEC meeting in Vietnam, alongside world leaders and representatives including Japan’s Prime Minister Shinzo Abe, released a statement condemning the killing of whales by Japan for research.

Peters said the world’s calling for greater protection of the ocean’s ecosystems, while Japan’s whaling vessels head to the Antarctic.

We need to encourage New Zealand to aggressively confront the Japanese whale poachers in the Southern Ocean Whale Sanctuary.

So, for now, that is where Sea Shepherd energies are directed.

Meanwhile for those critics saying we are doing nothing, I should remind them that we have two ships and their crews at the moment working to prevent the extinction of the endangered Vaquita in Mexico’s Sea of Cortez. We have a ship right now stopping poachers off the West African coast and we are preparing a ship to stop poachers on the East coast of Africa. We are sending a ship to defend the Great Barrier Reef. We recently captured an entire Chinese fleet of 15 poaching ships in the waters of East Timor. Sea Shepherd is pulling ghost nets from the water in the Mediterranean and defending porpoise in the Baltic Sea. Sea Shepherd is working hard to shut down destructive fish farms in British Columbia, cleaning beaches around the world, defending seals in Canada and Scotland, defending the Galapagos Marine Reserve and arresting shark poachers there. In other words, Sea Shepherd is engaged in aggressive actions worldwide to defend life and diversity in the sea.

And of course, there will always be naysayers, detractors, critics and whiners and that is just reality and a reflection of human nature. Easy to talk, easy to criticize but much harder to take action. To them I can only say, keep talking about what we should or should not be doing while doing little yourself while we will continue to take action, where we can, when we can, and how we can, as we work relentlessly to defend and protect life in out Ocean.

Going forward we must work with New Zealand to convince them to send a ship to the Southern Ocean to deliver a stern message that illegal whaling must be shut down and the Southern Ocean Whale Sanctuary fully protected.
Sea Shepherd can do a great deal but we are not a government and there lies the restriction on our actions. However we can motivate both people and some governments and we will continue to do so.

And if we can acquire the technology and the support, we will indeed return to the Southern Ocean but we can and will only return when we can do so effectively.

We do not do campaigns for show. We do not pretend to save whales and other species in the sea. What we do is intervene and we save lives and we are doing that each and every day around this planet.

Cap. Paul Watson is founder and president of the Sea Shepherd Conservation Society.