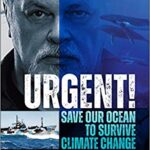 While the world’s oceans, nonhuman animals, and plants play starring roles in sustaining our ecosystem, why are we so bent on sabotaging it? 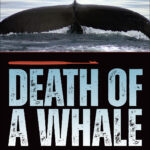 19 Oct 2021 – Author Paul Watson has no problem with critics calling him and his marine-life-defending colleagues pirates—it’s far better than helplessly standing by and doing nothing in the face of the violence against animals they have witnessed. 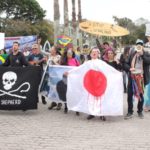 27 Dec 2018 – Despite bribing nations and insidious tactics, the proposal by Japan to overturn the 31-year moratorium on commercial whaling has failed by a vote of 41 to 27 with 2 abstentions. Following yesterday’s most welcome Florianopolis Declaration, this defeat of the Japanese Proposal has made the 67th meeting of the International Whaling Commission an awesome historical event for the world’s whales. 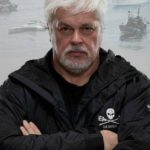 The Japanese whaling fleet has left from Japan bound for the waters of the Southern Ocean Whale Sanctuary. Sea Shepherd Founder, Captain Paul Watson, explains why we will not be sending our ships to Antarctica this season. “To continue would be foolish. We would spend a few million dollars and many months only to have another failure to engage, and if we did by some miracle encounter the fleet, we would be subject to lethal force without support from our own cowardly governments.”

We will be the victims of our own ignorance and our own arrogance. Homo sapiens have devolved into Homo arrogantus ignoramus. We have become trapped within a matrix of our own creation, living in a world of anthropocentric fantasies and ignoring ecological realities.

Donald Trump’s denial of Climate Change is irrelevant. It is a scientific reality and its denial as a problem does not make the threat go away. The reality cannot be changed by the personal beliefs of the president of the United States. This is akin to King Canute demanding that the tide cease to rise. When he failed to force the ocean to his will, he proclaimed, “let all men know how empty and worthless the power of kings is.” Presidents, like kings, have no authority over Nature.

Our outrage is having a positive impact. Delta, Air France, Emirates, Air Canada and United have banned the shipment of wildlife trophies. Zimbabwe has banned lion hunting. The U.S. Congress is considering a bill to ban wildlife trophies into the U.S. Botswana has banned big game hunting. We need to keep this outrage alive and we need to focus on destroying the Safari Club International and their 50,000 sadistic members. We need to create an understanding that anyone who puts a head of an animal on the wall as a trophy should be ostracized and publicly shamed.

This gay atheist man saved the lives of over 14 million people in World War II. He broke the “unbreakable” Nazi ‘Enigma Code.’ And yet in 1952 he was sentenced to two years in prison. His crime: he was a homosexual. He was offered an alternative to prison – chemical castration. It destroyed his health and caused depression. In 1954 he was dead at 41 of suspected suicide.