Dr. Walter Palmer’s Crime Must Not Be Forgotten: Killing Cecil the Lion 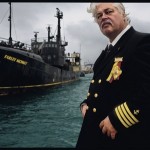 Media is predictable. First, there is the news, followed by the public reaction and if the public reaction hits a high enough exposure the effect is viral and quite damning. Then what follows is the backlash as people try to hijack the story to suit their own agendas. Such is the case with Dr. Walter Palmer, the man who murdered Cecil the lion.

First came the news and then the outrage. Now the backlash as the condemnation of Palmer is condemned by people with their agendas. What about the other animals? Big game hunters are conservationists? Leave the poor man alone? He’s suffered enough? He thought he was doing everything legally? His guides were to blame? How is he supposed to return to his dental practise? Get over it? It’s racist to oppose white hunters and not black hunters?

We should not get over it. We should not forget it. The man has not suffered enough. His crime was egregious, his lust for blood unacceptable. We need to use this vile individual to help pass laws to ban trophy hunting. We need to shame the entire trophy hunting community at every opportunity. We need also to end the perversion of blood sports, from bull fighting to the Faroese Grind.

And our outrage is having a positive impact. Delta, Air France, Emirates, Air Canada and United have banned the shipment of wildlife trophies. Zimbabwe has banned lion hunting. The U.S. Congress is considering a bill to ban wildlife trophies into the U.S. Botswana has banned big game hunting.

We need to keep this outrage alive and we need to focus on destroying the Safari Club International and their 50,000 sadistic members. We need to create an understanding that anyone who puts a head of an animal on the wall as a trophy should be ostracized and publicly shamed.

Modern day head-hunting should be tossed on the dustbin of history where human head-hunting lies covered in the barbaric dust of historical travesties.

Decapitating noble animals like lions, elephants, pilot whales, giraffes, wolves, elk, moose, zebra, and so many more is a perversion that modern society should not tolerate.

I took the liberty of making a few alternations to a few verses of Leonard Cohen’s incredible poem Nevermind so that it suits Dr. Walter Palmer.

The game was lost
The contract signed,
They did not catch me,
I crossed the line.
I was not caught.
Yet many tried
I live among you,
Well disguised.
I have to leave
My life behind
I have the bodies,
That you will find.
My stories told
With facts and lies.
I once had a name
But never mind.

The man is a serial killer who has lived amongst us well disguised. Even the nimrods at the Safari Club International have turned against him. Yet any suffering he may endure, if he is capable of being shamed at all, pales in comparison to the suffering he caused to Cecil and the other animals he stalked and murdered.

You turned me in
At least you tried
You side with them
Whom you despise.
This was my heart
This swarm of flies.
This is your mouth,
Your bowl of lies.
I served them well,
So I’m surprised,
I’m of their kin,
I’m of their kind.
Never mind.

The story’s told,
With facts and lies,
We own the world,
So never mind.

We must not let Dr. Walter Palmer fade into obscurity, his foul deeds forgotten nor should we allow ourselves to be side-tracked by those who would promote their own agendas over this despicable act.

This is an opportunity to strike hard at the perversity of trophy hunting and we should use it as best we can. Dr. Palmer is just one of many who practise this horrific crime, but he is now the face of this blood soaked perversion and we need to keep that face before the public so that neither her nor his victims are forgotten. 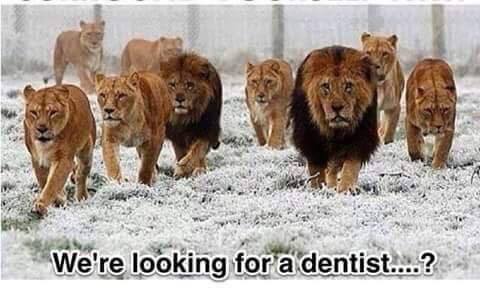 Anticopyright: Editorials and articles originated on TMS may be freely reprinted, disseminated, translated and used as background material, provided an acknowledgement and link to the source, TMS: Dr. Walter Palmer’s Crime Must Not Be Forgotten: Killing Cecil the Lion, is included. Thank you.