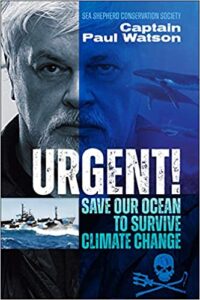 While the world’s oceans, nonhuman animals, and plants play starring roles in sustaining our ecosystem, why are we so bent on sabotaging it?

21 Dec 2021 – I would like to introduce you to an alternative way of looking at this planet that we live on. We call it planet Earth, but in reality, it should be called planet ocean. What makes life possible on this planet is one very important element: water. This is the water planet. We have been taught that the ocean comprises the sea. However, the ocean is much more than that.

And it is the water moving through each and every living cell of every plant and animal on the planet.

Water is life, powered by the sun pumping it from sea to atmosphere and into and through our every living cell. Water is the life that flows through our bodies, flushing out waste and supplying nutrients. The water in my body now was once locked in ice. It once moved underground. It once was in the clouds or in the sea. Even the gravitational pull of the moon acts on the water in our bodies in the same way it acts upon the water in the sea. Water is the common bond among all living things on this planet, and, collectively, all this water in its many forms and travels forms the Earth’s collective ocean. The ocean is the life-support system for the entire planet. From within the depths of the sea, phytoplankton manufactures oxygen while feeding on nitrogen and iron supplied from the feces of whales and other marine animals. The water in rivers and lakes removes toxins, salts, and waste. Estuaries and wetlands act like the kidneys to remove further toxins, and the mineral salts are flushed into the sea. The heat from the sun pumps water into the atmosphere, where it is purified and dropped back onto the surface of the planet, where living beings drink or absorb it before flushing it through their systems. It is this complex global circulatory system that provides everything we need for food, sanitation, and the regulation of climate—for life.

Water is life and life is water. Rivers and streams are the arteries, veins, and capillaries of the Earth, performing the very same functions that they do in our bodies: removing waste and delivering nutrients to cells. When a river is dammed, it is akin to cutting off the flow of blood in a blood vessel. For example, the great Aswan High Dam on the Nile River in Egypt starved the lands below of nutrients, building up toxic water above.

This entire interdependent system is its own life-support system. The book Gaia by James Lovelock is a hypothesis proposing that all living organisms interact with their inorganic surroundings to form a synergistic and self-regulating complex system that helps maintain and perpetuate the conditions for life on the planet. In other words, life operates its own life-support system. In this system, not all species are equal. Some species are essential and some species are less so, but all species are connected. The essential foundations of this life-support system are microbes, phytoplankton, insects, plants, worms, and fungi. The so-called “higher” animals are not so essential, and one of them—humans and the domesticated animals and plants we own—are alarmingly destructive. I like to compare Earth to a spaceship. After all, that is what this planet is—a huge spaceship transporting the cargo of life on a fast and furious trip around the enormous Milky Way galaxy. It’s a voyage so long that it takes about 250 million years to make just one circumnavigation. In fact, our planet has only made this trip 18 times since it was formed from the dust of our closest star.

Some species, especially the ones we call the “higher” animals (mainly the large mammals), are primarily passengers. Some of these passengers contribute a great deal to maintaining the machinery of the life-support system, although they are not as critical as the absolutely essential species that serve as the tireless engineers of the system. There is one passenger species, however, that long ago decided to mutiny from the crew and go its own way, content to spend its days entertaining itself and caring only for its own welfare. That species is Homo sapiens.

As the number of enslaved animals increases, wild animals are displaced through extermination or the destruction of habitat. The plants that we enslave must be “protected” with lethal chemical fertilizers and genetically modified seeds, along with other chemical poisons, such as herbicides, fungicides, and bactericides.

We are stealing the carrying capacity of ecosystems from other species to increase the number of humans and domestic animals. The law of finite resources dictates that this system will collapse. It simply is unsustainable.

Because of our technological skills, humans have evolved to serve one very important function: We have the ability to protect the entire planet from being struck by a killer asteroid like the one that paid our dinosaur friends a visit 60 million years ago. Although I sometimes wonder if we could even do that, considering our lack of cooperation within our own species. We also have the skills and intelligence, if we so choose to utilize these abilities, to aggressively address climate change, the problem that we are directly responsible for creating. But will we?

This excerpt is from Urgent! Save Our Ocean to Survive Climate Change, by Captain Paul Watson (GroundSwell Books, 2021). This web adaptation was produced by GroundSwell Books in partnership with Earth | Food | Life, a project of the Independent Media Institute.

Captain Paul Watson is a Canadian-American marine conservation activist who founded the direct action group the Sea Shepherd Conservation Society in 1977 and was more recently featured in Animal Planet’s popular television series “Whale Wars” and the documentary about his life, “Watson.” Sea Shepherd’s mission is to protect all ocean-dwelling marine life. Watson has authored or co-authored more than a dozen books, including Death of a Whale (2021), Urgent! (2021), Orcapedia (2020), Dealing with Climate Change and Stress (2020), The Haunted Mariner (2019), and Captain Paul Watson: Interview with a Pirate (2013).

Anticopyright: Editorials and articles originated on TMS may be freely reprinted, disseminated, translated and used as background material, provided an acknowledgement and link to the source, TMS: There’s Only One Essential Role Humans Have on Earth—A Humbler Perspective Could Save the World, is included. Thank you.