Starved, ‘Mutilated’ and Blackmailed Migrants Auctioned Off as Slaves by Smugglers in Libya

The migrants are forced to work as slaves after they run out of money to pay the smugglers to find them passage to Europe. 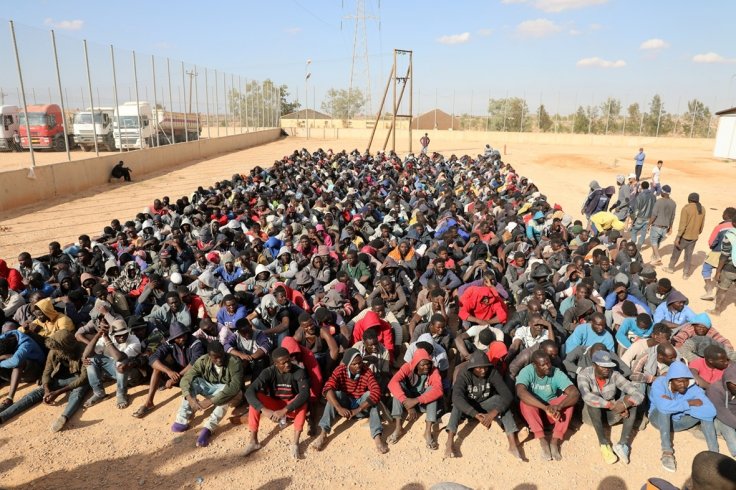 23 Nov 2017 – Slave markets are springing up across Libya trading impoverished African migrants who have arrived on the Mediterranean coast dreaming of a new life in Europe. A new investigation has revealed people are being sold as modern-day slaves for as little as £300 ($400).

According to CNN which exposed the racket, slave sales are conducted on the outskirts of the nation’s capital, Tripoli, where auctions take place for various types of manual labourers. In one case, a video was made available, which shows the sale of “big strong boys for farm work”.

An undercover operation revealed similar auctions where around a dozen people were sold in a matter of five to six minutes. “Does anybody need a digger? This is a digger, a big, strong man, he’ll dig,” an auctioneer calls out in one clip. “What am I bid, what am I bid?”

The interested bidders raise their hands till a final price is decided on following which the new slaves are transferred in the possession of their new “masters”.

Slavery is getting a boost in places like Libya that are seeing a wave of desperate migrants from North Africa, hoping to find a better life in Europe. A crackdown by local authorities on boats ferrying people to the coast of Italy has turned smugglers to another profession — that of flesh traders.

At a detention centre in Tripoli, one man recalled how he ended up becoming an indentured servant after he ran out of money. Victory, 21, left Nigeria with his life savings and hopes of a brighter future. On reaching Libya he was forced to live in inhuman conditions and later sold as a day labourer once he could not afford to pay his smugglers.

He expected to pay off his debt through work but was unable to make enough. Finally his smugglers contacted his family for ransom. He was released after paying them a total of more than $2,780. 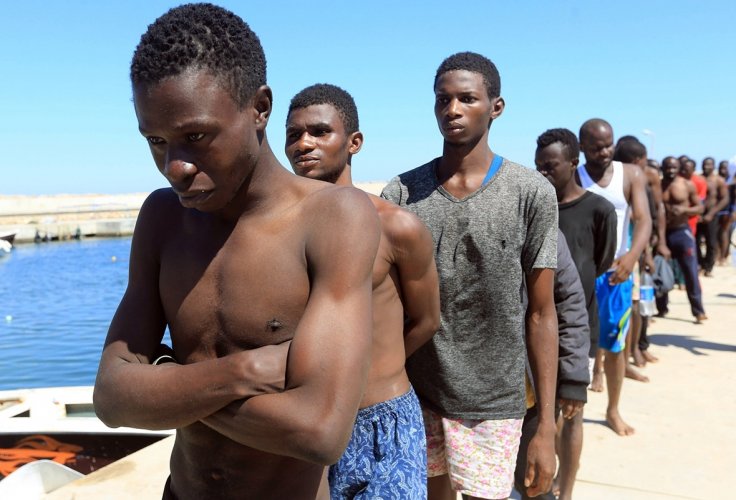 Illegal migrants from Africa are taken to a detention centre after being picked up by the Libyan Coast Guard on 8 July, 2017. Mahmud Turkia/AFP

“If you look at most of the people here, if you check your bodies, you see the marks. They are beaten, mutilated,” he said of his fellow detainees who have reportedly suffered a similar fate.

On being made aware of the slave trade in the region, the authorities said they were not aware of the auctions but confirmed the presence of organised gangs operating smuggling rings.

Earlier this year, the International Criminal Court (ICC) expressed interest in investigating crimes against immigrants in Libya, after the International Organization for Migration (IOM) warned about people being sold at slave markets in the country.

One Response to “Starved, ‘Mutilated’ and Blackmailed Migrants Auctioned Off as Slaves by Smugglers in Libya”