The Inside Story of the Saudi Night of Long Knives

Princes, ministers and a billionaire are ‘imprisoned’ in the Riyadh Ritz-Carlton while the Saudi Arabian Army is said to be in an uproar. 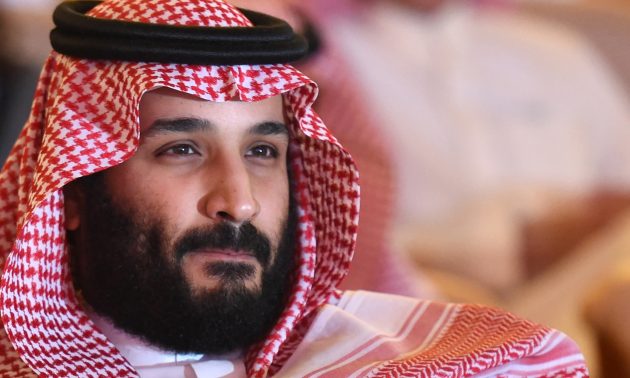 Right on cue, the commission detains 11 House of Saud princes, four current ministers and dozens of former princes/cabinet secretaries – all charged with corruption. Hefty bank accounts are frozen, private jets are grounded. The high-profile accused lot is “jailed” at the Riyadh Ritz-Carlton.

War breaks out within the House of Saud, as Asia Times had anticipated back in July. Rumors have been swirling for months about a coup against MBS in the making. Instead, what just happened is yet another MBS pre-emptive coup.

A top Middle East business/investment source who has been doing deals for decades with the opaque House of Saud offers much-needed perspective: “This is more serious than it appears. The arrest of the two sons of previous King Abdullah, Princes Miteb and Turki, was a fatal mistake. This now endangers the King himself. It was only the regard for the King that protected MBS. There are many left in the army against MBS and they are enraged at the arrest of their commanders.”

To say the Saudi Arabian Army is in uproar is an understatement. “He’d have to arrest the whole army before he could feel secure.”

Prince Miteb until recently was a serious contender to the Saudi throne. But the highest profile among the detainees belongs to billionaire Prince al-Waleed Bin Talal, owner of Kingdom Holdings, major shareholder in Twitter, CitiBank, Four Seasons, Lyft and, until recently, Rupert Murdoch’s Newscorp.

Al-Waleed’s arrest ties up with a key angle; total information control. There’s no freedom of information in Saudi Arabia. MBS already controls all the internal media (as well as the appointment of governorships). But then there’s Saudi media at large. MBS aims to “hold the keys to all the large media empires and relocate them to Saudi Arabia.”

So how did we get here?

The secrets behind the purge

The story starts with secret deliberations in 2014 about a possible “removal” of then King Abdullah. But “the dissolution of the royal family would lead to the breaking apart of tribal loyalties and the country splitting into three parts. It would be more difficult to secure the oil, and the broken institutions whatever they were should be maintained to avoid chaos.”

Instead, a decision was reached to get rid of Prince Bandar bin Sultan – then actively coddling Salafi-jihadis in Syria – and replace the control of the security apparatus with Mohammed bin Nayef.

The succession of Abdullah proceeded smoothly. “Power was shared between three main clans: King Salman (and his beloved son Prince Mohammed); the son of Prince Nayef (the other Prince Mohammed), and finally the son of the dead king (Prince Miteb, commander of the National Guard). In practice, Salman let MBS run the show.

And, in practice, blunders also followed. The House of Saud lost its lethal regime-change drive in Syria and is bogged down in an unwinnable war on Yemen, which on top of it prevents MBS from exploiting the Empty Quarter – the desert straddling both nations.

The Saudi Treasury was forced to borrow on the international markets. Austerity ruled – with news of MBS buying a yacht for almost half a billion dollars while lazing about the Cote d’Azur not going down particularly well. Hardcore political repression is epitomized by the decapitation of Shi’ite leader Sheikh Al-Nimr. Not only the Shi’ites in the Eastern province are rebelling but also Sunni provinces in the west.

As the regime’s popularity radically tumbled down, MBS came up with Vision 2030. Theoretically, it was shift away from oil; selling off part of Aramco; and an attempt to bring in new industries. Cooling off dissatisfaction was covered by royal payoffs to key princes to stay loyal and retroactive payments on back wages to the unruly masses.

Yet Vision 2030 cannot possibly work when the majority of productive jobs in Saudi Arabia are held by expats. Bringing in new jobs raises the question of where are the new (skilled) workers to come from.

Nayef – who replaced Bandar – is close to Washington and extremely popular in Langley due to his counter-terrorism activities. His arrest earlier this year angered the CIA and quite a few factions of the House of Saud – as it was interpreted as MBS forcing his hand in the power struggle.

According to the source, “he might have gotten away with the arrest of CIA favorite Mohammed bin Nayef if he smoothed it over but MBS has now crossed the Rubicon though he is no Caesar. The CIA regards him as totally worthless.”

Some sort of stability could eventually be found in a return to the previous power sharing between the Sudairis (without MBS) and the Chamars (the tribe of deceased King Abdullah). After the death of King Salman, the source would see it as “MBS isolated from power, which would be entrusted to the other Prince Mohammed (the son of Nayef). And Prince Miteb would conserve his position.”

MBS acted exactly to prevent this outcome. The source, though, is adamant; “There will be regime change in the near future, and the only reason that it has not happened already is because the old King is liked among his family. It is possible that there may be a struggle emanating from the military as during the days of King Farouk, and we may have a ruler arise that is not friendly to the United States.”

Before the purge, the House of Saud’s incessant spin centered on a $500 billion zone straddling Saudi Arabia, Jordan and Egypt, on the Red Sea coast, a sort of Dubai replica to be theoretically completed by 2025, powered by wind and solar energy, and financed by its sovereign wealth fund and proceeds from the Aramco IPO.

In parallel, MBS pulled another rabbit from his hat swearing the future of Saudi Arabia is a matter of “simply reverting to what we followed – a moderate Islam open to the world and all religions.”

In a nutshell: a state that happens to be the private property of a royal family inimical to all principles of freedom of expression and religion, as well as the ideological matrix of all forms of Salafi-jihadism simply cannot metastasize into a “moderate” state just because MBS says so.

Meanwhile, a pile-up of purges, coups and countercoups shall be the norm.