An Incomplete Timeline of What We Tried: Working Back from Human Extinction 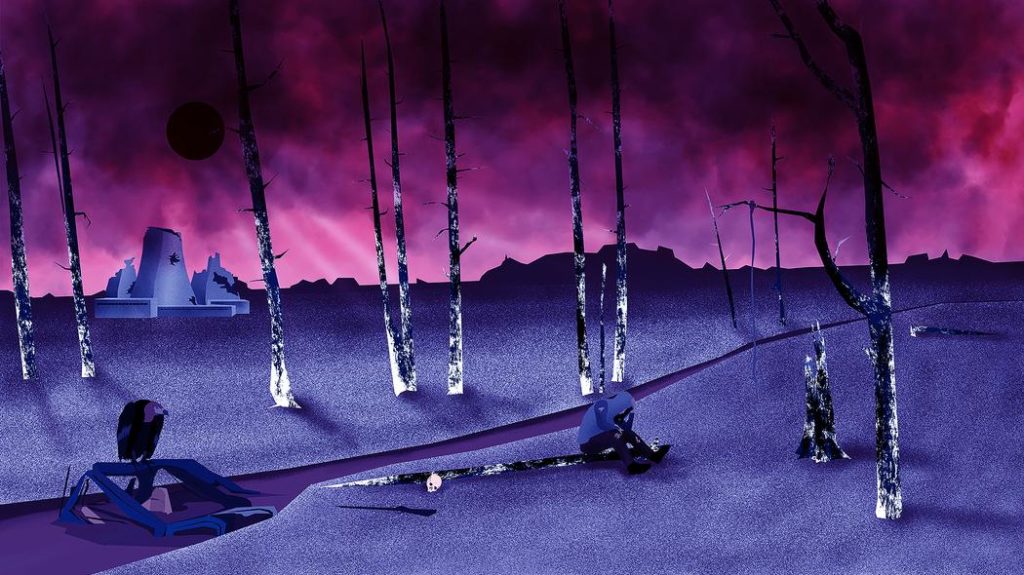 The coordinated release of various strains of a human sterilization virus.

The launching of the Colony into space, no final destination in mind, for those able to afford the journey.

Retraction of health care services for the ill and/or “undesirables.”

The demolition of nursing homes and/or retirement homes in the redlined countries that have reached or surpassed their maximum population density.

Suicide incentives for those of a certain age.

Voluntary sterilization. Included in the procedure is a colorful shoulder tattoo so that everybody will know who has done their part versus who here continues to be the problem.

The closing of borders to all climate refugees.

Believe in, hope for aliens who may bring us technology necessary to save our planet.

Retreating to walled compounds in remote locations priced for those in the upper income bracket. The High Wall communities are built so tall that there’s no way to see what’s happening on the other side of the wall. One can only hear what is happening, which is preferable.

We are wasting our time.

Multidirectional SOS signals projected into space, in case anyone or anything is listening.

Live news feed of the final polar bear, which finally dies behind a blue curtain in Lancaster Sound.

The devolution of several ‘ultra-sustainable living experiments’ into dystopias.

The founding of several utopias.

De-extinction of the passenger pigeon.

The palpable collective thought that it is too late, that the world might be better off without us, that it might stand a chance of surviving if we all go away.

Removal of climate change deniers from positions of power and the election of scientists as politicians.

Art, such as the creation of a sculpture forest that shrinks every day until it’s gone. It does not grow back.

The renaming of Glacier National Park.

Insisting this all is God’s, or somebody’s, plan.

The famous fossil fuel CEO is kidnapped, his back branded with the slogan “citizen of the world.”

The extinct stuffed animal and plant collection: 10% of profits donated to frozen zoos. A great stocking stuffer this holiday season.

Performance art. The artist drowns in a reconstructed oil spill while we watch.

“We had nothing to do with it. It is a natural occurring shift of temperature.”

This was all meant to happen.

Coca-Cola removes polar bears from its holiday soda cans, which, thanks to the dwindling numbers of their subject, have become depressing to consumers.

Art is produced, such as a data-driven installation that visualizes mass human migratory trends while a clicking noise plays repetitively in the background.

Forest access roads are blocked in order to slow the logging of old growth trees on the island of Tasmania.

Pretend future generations do not exist, only the current generation exists.

Which is more important to you: a human being or a caribou herd?

Cautionary short stories are written about what might happen if none of these ideas work.

Another campaign to save the polar bears.

Question: is true wilderness still possible or should it still be possible?

Stress the positive, such as longer growing seasons for some parts of the country, or more pleasant weather in certain places. Golfing becomes year around in locations where it wasn’t year around before.

Do not consume Canadian farmed salmon, bluefin tuna, imported shrimp, shark, wild halibut, or Atlantic rock crabs from any state in the United States except Massachusetts.

Boycott Alaska, whose representatives pushed through legislation that allows for drilling in the Arctic National Wildlife Refuge.

Watch eco-horror movies on family movie night to explain to your children that this is what their future will look like unless they do something radical about it.

Attempt, and fail, to protect something by writing a letter to the editor of your local paper about the importance of not drilling for oil in the Arctic National Wildlife Refuge.

Shrink the Bears Ears National Monument by 1,148,124 acres so the freed acreage can be opened for development.

There is only one correct answer.

Allow the Keystone XL tar sands pipeline to be constructed into Montana, South Dakota, and Nebraska. It is important to move oil.

It is important to find more oil basins.

Watch a video that shows a stunning threatened place of natural beauty. Cry. Post a link to the video on Twitter.

“Honk if you love this planet!”

Do not allow fracking in 3 states.

Eco-fiction is a genre.

The “One Planet, One Child” music video.

Believe you are making a difference.

Encourage the buying of Coca-Cola soda with polar bears on the cans to raise awareness.

Send an email template to your representatives supporting a carbon fee and dividend.

The refusal to buy items from certain corporations. Do not buy boxed cereal from Kellogg’s, which uses GMO sugar beets in its products.

Carpool in the carpool lines.

Bumper stickers: There is no planet B; there are no jobs on a dead planet; wake up!

Turn off the lights when you are no longer in the room.